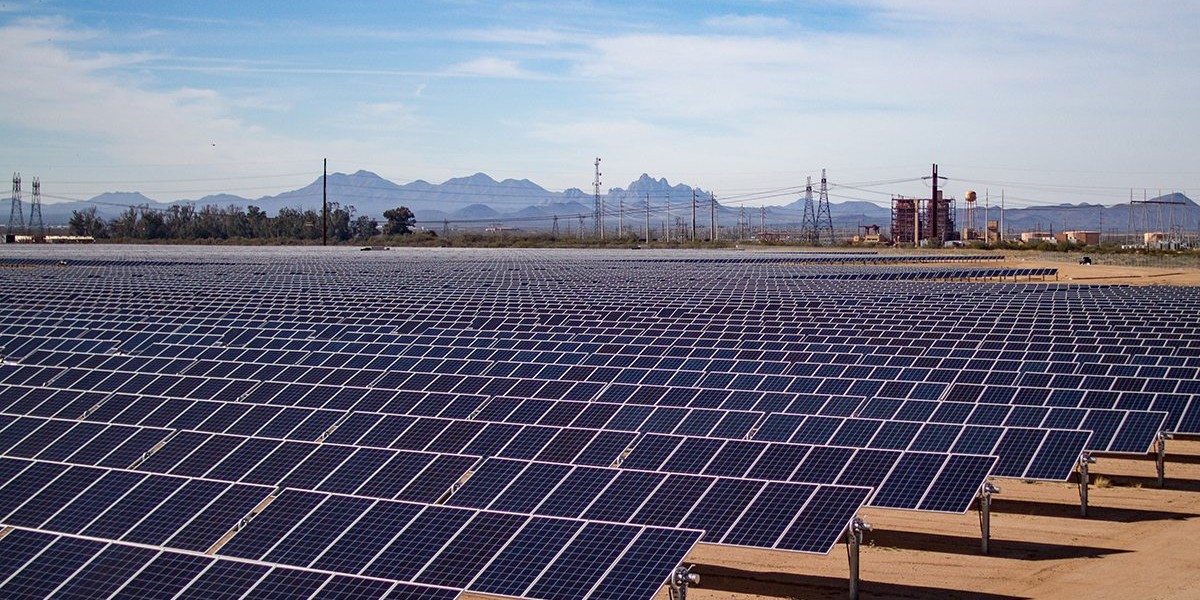 Arizona Public Service (APS), the state’s biggest electricity provider, announced yesterday that it will produce all of its power from carbon-free sources by 2050, according to the Washington Post:

Arizona Public Service laid out an ambitious plan to wean itself entirely off fossil fuels over the next three decades, with the intermediate goal of getting nearly two-thirds [65%] of its electricity from nuclear and renewable sources by 2030.

APS spent $37.9 million to defeat a ballot initiative (Proposition 127) that would have required it to generate 50% of its power from renewable sources by 2030. Voters rejected Proposition 127, so APS’ about-turn is particularly surprising, and the target they set themselves is even more ambitious than what was on the ballot.

APS currently sources around 25% of its electricity from coal, 25% from natural gas, and 25% from nuclear power. It will cease to use coal by 2031, citing the coal plants as being uneconomical, and will eventually also phase out natural gas.

It will continue to use the Palo Verde Nuclear Generating Station in the state, the US’s largest nuclear power plant. The station, which APS co-owns and operates, is licensed to run into the 2040s.

So why the change of heart after dropping nearly $38 million to fight green energy? APS said:

After our Integrated Resource Plan process in 2018, Arizona’s experience with Proposition 127 and the Arizona Corporation Commission’s efforts to update the state’s energy rules, we took a hard look at our generation mix and future plans. We spent more than a year engaged with a variety of stakeholders including our customers, business organizations, and nongovernmental organizations. This plan reflects those experiences and discussions.

Arizona ranked second in the US in total solar energy generation in 2017, according to the Energy Information Administration.

The US Department of Energy (DOE) has awarded phase 1 funding to tech company Everledger for two pilot programs to trace the life cycle of lithium-ion batteries using blockchain and Internet of Things (IoT) technologies.

In the first pilot, Everledger and the DOE will work with Ford to connect stakeholders in its EV battery life cycle to ensure optimal management and responsible recovery when batteries stop working.

Ford’s batteries will be traced from the moment of manufacture, so elements can be reused, generate less waste, and increase protection from metals leakage into the environment.

The second pilot focuses on developing a platform to inform and reward consumers for recycling portable Li-ion batteries and the products they power.

Identification, data capture, and blockchain technologies will be used to give batteries a digital identity (or “battery passport”). This will give stakeholders knowledge of a battery’s location, condition, health score, and which metals could be recycled to use in new batteries.

Britain’s Prince Charles returned to the World Economic Forum at Davos after a 30-year hiatus, on the 50th anniversary of the annual summit in Switzerland.

The Prince of Wales gave a keynote speech yesterday in which he launched a new Sustainable Markets Initiative, and addressed ways to tackle the climate crisis.