The return of the Fiat 500e, and its outsized meaning for EVs 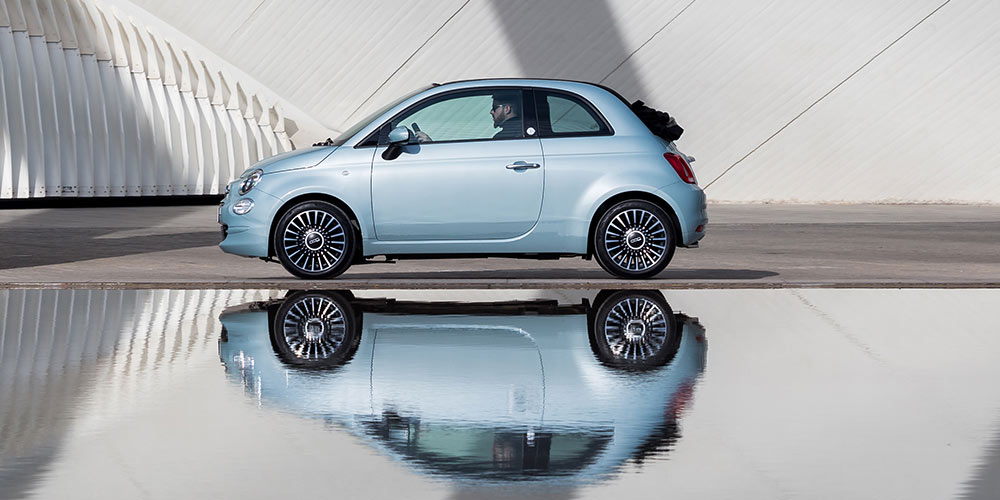 The last of the first-gen Fiat 500e electric minicars left US dealerships in 2019. But it’s coming back in about a year with an updated style and an expected range of about 125 miles. That’s not a lot, but relatively consistent with a breed of small Euro-chic EVs like the Honda E, BMW i3, and Mini Cooper SE. Besides, small electric cars like the Fiat 500e might be the only segment that Tesla is ceding to the competition.

We’ll have confirmed details in early March when the new Fiat 500e debuts at the Geneva Motor Show. In the meantime, the media is speculating a boost power and an increase in range to about 125 miles.

Here’s where things get interesting. Fiat boss Olivier Francois told Autocar last month that the new electric 500 would sit on a new, bespoke electric-car platform. That platform could be shared by other small Fiat EVs, including a model inspired by the highly customizable, multi-pack Centoventi concept that we just saw at CES. It will also be used for a gas-hybrid 500 variant, which arrives first. (We’re showing images of that model on this post.)

The platform will also be leveraged for future Jeep and Maserati all-electric powertrains.

In December, the UK’s Autocar caught the new 500e in testing, which revealed a re-worked dashboard with a larger infotainment screen and rotary gear selector. Other tweet-worthy spy images show a more angular front end.

2021 Fiat 500e spied testing in its production body for the very first time. The hatchback will feature an evolutionary design and it will ride on top of the company’s all-new dedicated EV platform. Additionally, it could have somewhere between 62 and 310 miles of electric range. pic.twitter.com/wFHEKRagP6

The launch of an all-new, all-electric 500 is expected in Europe later this year and the US in 2021.

While most Americans aren’t fans of urban runabouts, Europeans like them – and need them to meet regulations.

On this side of the pond, the new Mini Cooper SE and Fiat 500e carry sticker prices that are less than those found on a new Bolt or a Model 3. They are also arguably more stylish and easier to maneuver and park in crowded cities. The range for the three models is about 110 and 125, respectively, so consumers would have to be savvy about how much range they actually use.

Those two models, along with the BMW i3 and Honda E (not coming to the US), make up an emerging new segment of charismatic small EVs.

Perhaps more importantly, Tesla is showing no signs of producing anything smaller or less expensive than a Model 3. Maybe that’s an opportunity for competitors, including Fiat. (And it would be a small consolation for the hundreds of millions or billions of euros FCA pays to Tesla in exchange for pooling EU emissions credits.)

What makes the returning 500e significant is that it’s the beginning of new FCA EV efforts. With all the announcements about FCA’s EV investments – a few billion here and a few billion there – it’s hard to pin down what it will mean for what you and I might drive. 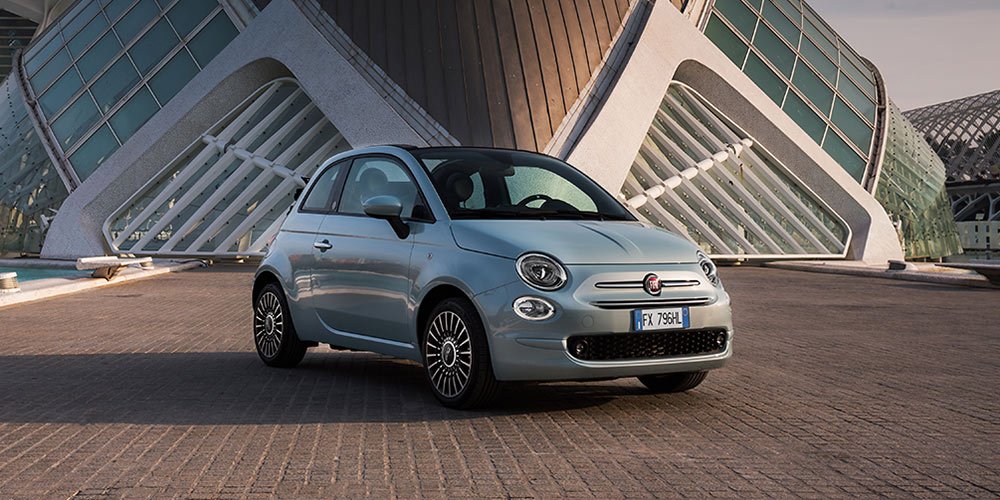 This is the new hybrid version of the Fiat 500.

In 2019, Fiat said it would invest nearly $800 million on the new 500e, including a new production line in Mirafiori, Italy. Fiat said it would make 80,000 units a year of the 500e, starting in the second quarter of 2020. Previous FCA announcements pegged the investment at more than $10 billion for a wide range of electrification efforts, including all-electric and plug-in hybrid versions of new Jeep models.

And now, FCA and PSA are getting ready to merge to become the fourth-largest automaker in the world. In 2018, PSA said it will launch a “blitz” of electric cars, with a battery-powered version of all its models in about five years. It starts in early 2020 with a twin of affordable, sharply styled 50-kWh EVs ­– the Opel Corsa-e and Peugeot e-208. In the UK, it will be sold as a Vauxhall. Those should be good for nearly 200 miles, and starting prices around $34,000.

Meanwhile, in China (the largest EV market in the world), Fiat Chrysler announced last week that it’s teaming up with the manufacturing giant Foxconn to make electric cars. With the Foxconn plan, FCA/PSA has all the global bases covered.

A small, 125-mile EV in 2021 might not be the most exciting news in the world. But the industry-wide shift to electric cars has a place for stylish, more affordable, electric commuter vehicles. It could be easily tucked into one spot of a multi-car garage.

If the Fiat 500e remains a compliance vehicle sold only in a couple of states, and FCA doesn’t deliver any other EVs, then it deserves ridicule. But if FCA, with Fiat and Jeep, combined with PSA, can deliver on the promise of its big investments, then we would proudly dart around town in its cute, Euro-chic electric car.