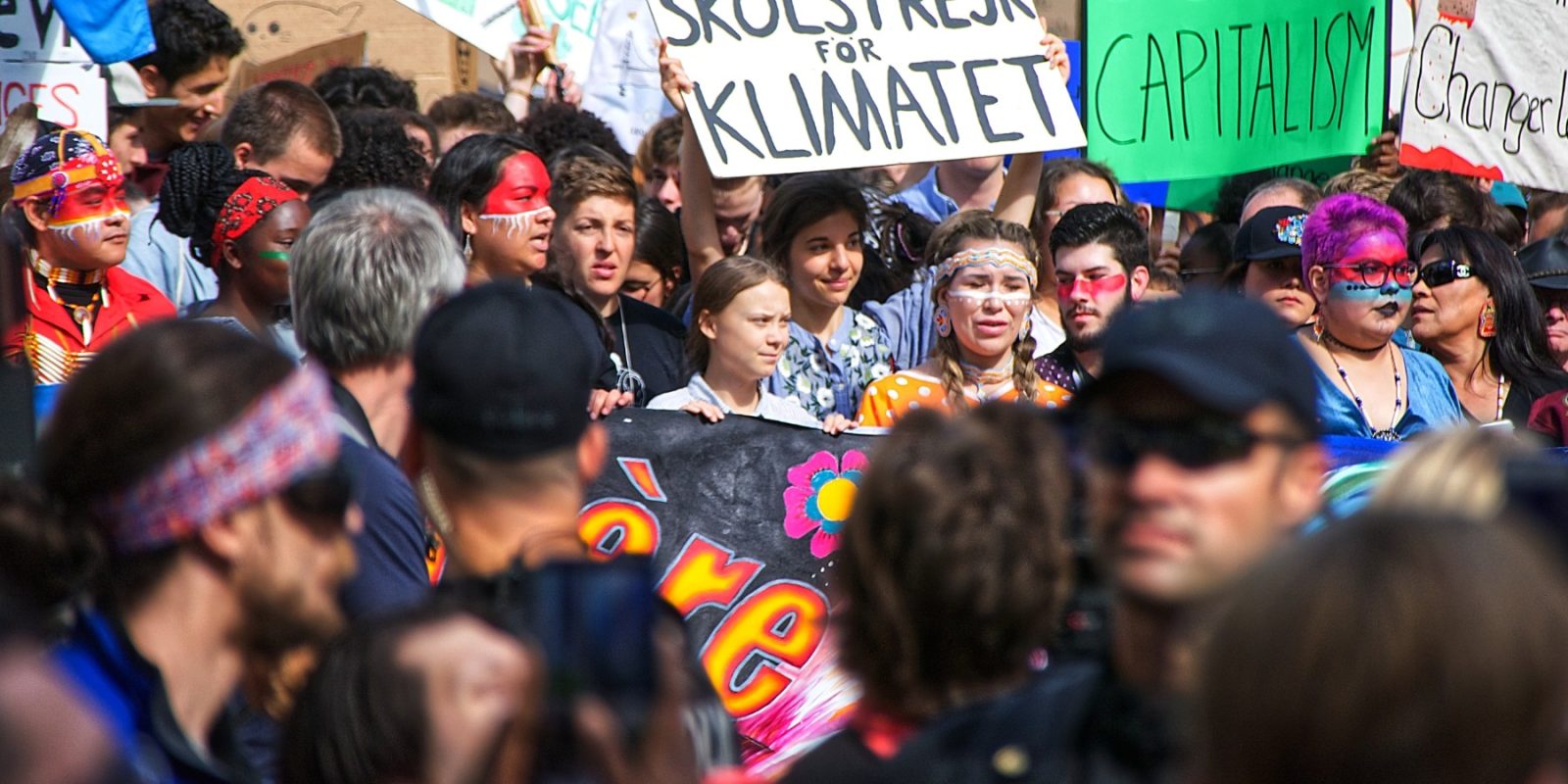 Climate crisis activist Greta Thunberg and 20 other young activists from around the world have written an op-ed ahead of the World Economic Forum (WEF) at Davos. The article calls for global leaders to stop supporting fossil fuels. The 21 activists will be attending Davos to reiterate their message in person.

Here’s an excerpt from the op-ed, which the Guardian published yesterday, and you can read the whole article here.

Toward the end of January, chief executives, investors, and policymakers will gather in Davos for the 50th anniversary of the World Economic Forum.

The theme of this year’s gathering in Davos is ‘stakeholders for a cohesive and sustainable world.’ According to the forum’s website, leaders will meet to discuss ideas and improve our global progress on climate change.

We demand that at this year’s forum, participants from all companies, banks, institutions, and governments immediately halt all investments in fossil fuel exploration and extraction, immediately end all fossil fuel subsidies, and immediately and completely divest from fossil fuels.

We call upon the world’s leaders to stop investing in the fossil fuel economy that is at the very heart of this planetary crisis. Instead, they should invest their money in existing sustainable technologies, research, and in restoring nature. Short-term profit should not trump long-term stability of life.

Further, here’s an article on the WEF’s website from January 3 about why financing fossil fuels risks a repeat of the 2008 crash. 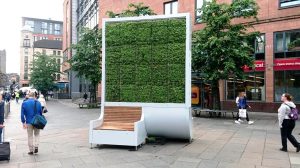 Innovation for good is so exciting. London has installed three “City Trees” in Leytonstone. The City Trees, according to Secret London, are:

Towers filled with different types of moss, which eat up particulates and nitrogen oxides while simultaneously producing oxygen. The City Trees include their own irrigation and energy systems that allows them to operate whatever the weather, and also collect data about the surrounding environment, which can then be used to inform further green solutions.

Each moss tower has the air-cleaning capability of 275 regular trees. And you can sit on a bench next to the eco-friendly tower if you like to breathe in the freshness. More of these pollution eaters, please, everywhere! 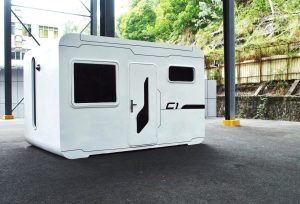 The Nestron Cube One tiny house is designed in Singapore, built in Shenzhen, China, and can be shipped worldwide. The cost starts at $30,000.

It’s 156 square feet and has built-in furniture, it features smart technology, and it’s made of galvanized steel. That means it can withstand natural disasters and extreme weather.

90% of its materials are recyclable, and it takes 99% less water than traditional construction 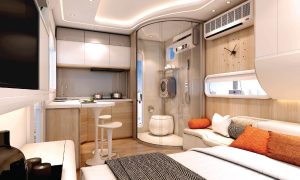 Extras like a compostable toilet, electric-heated flooring, and solar panels are also available.

Here’s a fun 360-degree tour of the cube. It requires no foundation, so it’s a drop and go, and it’s move-in ready. Can you picture yourself living there?

Ah, paper towels. If you have kids and/or pets, or are just a bit messy (all of the above applies to me), then they’re handy. But I’ve been thinking about how every time I need to clean up after my cats, perhaps I shouldn’t be grabbing the paper sheets — because the repercussions for our planet are actually pretty big.

Then the New York Times sent out their climate newsletter this week, and they wrote about… paper towels. Bottom line, it’s easy to reduce the use of paper towels by switching to reusable cloth towels. Here are some cool bamboo reusable towels, for example.

So, why do we need to give them up? In short, we’re depleting our forests. And we really need our forests. The Times explains why:

Boreal forests stretch across Canada, Alaska, Siberia, and Northern Europe, and, together, they form a giant reservoir that stores carbon dioxide. That’s important, because that carbon would otherwise be released into the atmosphere and contribute to global warming.

These are tough times for forests, though. Because of climate change, they’re highly susceptible to wildfires, like the ones in Australia, and pest infestations. So, anything we can do to keep them intact is good.

And as for replacing old trees with new, in the short term, it’s not as effective:

A tree planted this year won’t make much of a difference in terms of carbon sequestration over the next decade, a period many scientists say is critical for climate action.

And if you’re in a situation where you have to use paper towels, then please switch to recycled. The trees — and our earth — will appreciate it.

Chris Dickman, an ecologist at the University of Sydney, has estimated that more than 1 billion animals have died as a result of the Australian bushfires.

Dickman’s estimate includes mammals, birds, and reptiles because there is good data on their populations, but does not include insects, bats, or frogs.

This is a massive blow to a country already struggling with preserving its biodiversity. According to the University of Sydney, “Some 34 species and subspecies of native mammals have become extinct in Australia over the last 200 years, the highest rate of loss for any region in the world.”

Sometimes, it’s said too that Australia is the canary in the coal mine, with the effects of climate change being seen here most severely and earliest, as well. We’re probably looking at what climate change may look like for other parts of the world in the first stages in Australia at the moment.

American Rivers is fighting for the removal of dams. The dams can provide electricity and safe drinking water, but there are many that are outdated, unsafe, and causing harm to the environment.

Check out this video by the World Economic Forum to learn more about why it would benefit the environment to dismantle more dams:

Welcome to the weekly update on Jane Fonda’s Fire Drill Fridays. This was her last demonstration in Washington, D.C., for a while. Yesterday’s protest was about big banks funding fossil fuels — something this group has in common with our first story above. JP Morgan was in the group’s sights, so they occupied one of the bank’s branches:

We are hearing from @billmckibben from @350 who is occupying a @jpmorgan @Chase. Today a major new effort is mobilizing to take on Wall Street’s role in fueling the climate crisis. It’s time to stop the biggest pipeline of all: the money pipeline. https://t.co/7Oa6DwxwFy pic.twitter.com/4VstKTWoF1

One of the worst offenders is JP Morgan Chase, a financial institution that is one of the largest sources of capital to the fossil fuel industry in their quest to drill oceans, frack our land, and build more pipelines.

And here’s a rousing speech from Martin Sheen:

Listen to this incredible speech from OUR President, Martin Sheen #FireDrillFriday 🔥 pic.twitter.com/Z7HxNkovR8