2020 Democratic candidates: where each stands on electric cars

The quest for the Democratic presidential nomination will heat up in 2020. So it’s a good time to look at what the leading candidates say about electric vehicles. We focus on the front-runners: Joe Biden, Pete Buttigieg, Bernie Sanders, Elizabeth Warren, and Andrew Yang. Here’s a sampling of quotes and position statements. For fun, we share what we could find about the vehicle each candidate drives. EV fans, who gets your vote?

Joe Biden doesn’t talk much about electric vehicles in his stump speeches. But according to his campaign website, Biden says he will “restore” the full electric vehicle tax credit.

We assume this means the lifting of the 200,000-vehicle cap, but it’s not clear. He will ensure the tax credit is designed to target middle-class consumers and, “to the greatest extent possible, to prioritize the purchase of vehicles made in America.”

Biden wants new fuel economy standards so that 100% of new sales for light- and medium-duty vehicles will be “electrified” (suggesting support of hybrids as well as EVs). Biden says that standards for heavy-duty vehicles should get annual improvements, without specifying numbers. 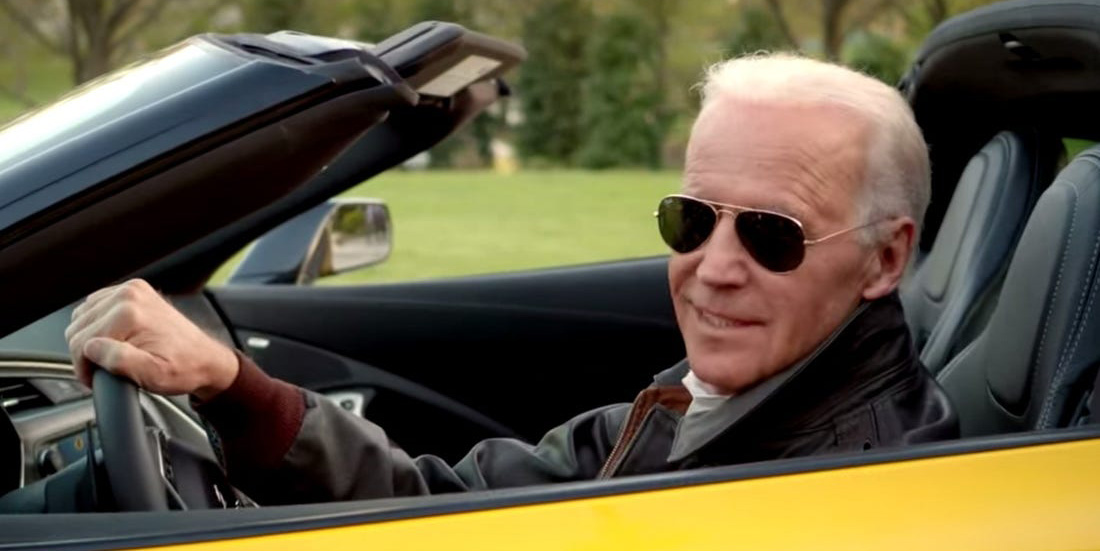 The former vice-president says that a lack of charging stations is an obstacle to the greater deployment of electric vehicles.

We shouldn’t build another new highway in America that doesn’t have charging stations on it. We have an opportunity to put 550,000 charging stations so that we own the electrical vehicle market, creating millions of jobs for people installing them.

Biden is concerned about workers who will be adversely affected by the transition to cleaner vehicles. He said, “We have to make sure we explain it to those people who are displaced, that their skills are going to be needed for the new opportunities.”

Biden is alone among the candidates in explicitly supporting “advanced biofuels.” He wants the “liquid fuels of the future” to “make agriculture a key part of the solution to climate change.” Biden believes that new plants for biofuels will create jobs while reducing emissions in planes and ocean-going vessels.

What does Joe drive? He spins out in a 1967 Chevrolet Corvette Stingray powered by a 327 V8.

Mayor Pete would set targets of 100% zero-emission passenger vehicles by 2035, with a target of 2040 for heavy-duty trucks. (That’s five to 10 years slower than Sanders, Warren, and Yang.)

A Buttigieg administration would work to increase the electric-vehicle tax credit to a maximum of $10,000 per vehicle, with a phase-out schedule based on the percentage of EVs sold per year. There would be special provisions to allow lower- and middle-income families to afford cleaner vehicles.

Buttigieg calls for incentives to “build EVs and EV technology in America,” without supplying details. He wants to extend the EV infrastructure tax credit (currently a 30% tax credit up to $30,000 for businesses). Added incentives would be used to build charging infrastructure “for interstate travel, multi-family housing, commercial and public buildings, and public spaces, to move beyond charging only in personal garages.”

As mayor of South Bend, Indiana, Buttigieg set up an Office of Sustainability. After the US exited the Paris Agreement, he joined other US mayors in committing to the treaty’s goals.

What does Buttigieg drive? A gas-powered Chevrolet Cruze.

Sanders would also ban fossil-fuel imports and exports. And he would end the approximate $15 billion in annual subsidies to oil companies. 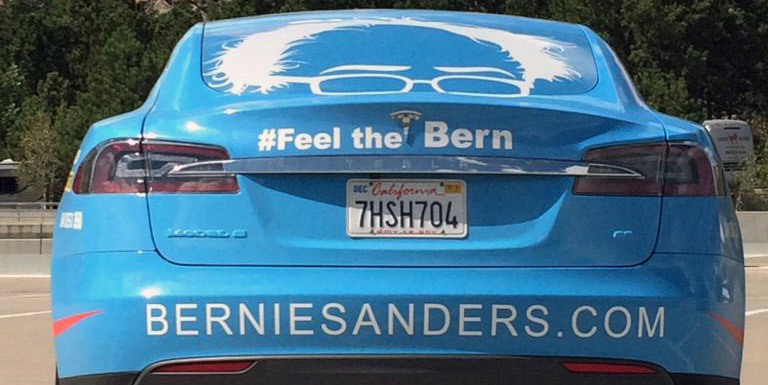 As part of his Green New Deal proposals, Sanders is calling for “a deadline for the manufacturing of carbon-emitting vehicles at 2030.” Sanders wants complete decarbonization by 2050. Sanders claims the transition would create 20 million jobs, effectively ending unemployment.

Currently, purchasers of electric vehicles are wealthier than buyers of conventional cars.

In August 2019, Sanders released his plan to decarbonize the American transportation system, calling for about $16 trillion in transit-related spending. The plan has specific spending proposals:

What does Sanders drive? There are reports of both a Subaru and a rusty Volkswagen, and that he usually rides in a Lincoln town car.

Elizabeth Warren: All zero-emission sales by 2030, electric federal fleet by 2024, EV jobs in the US

Elizabeth Warren wants all new passenger vehicles, medium-duty trucks, and buses to be fully electric by 2030. Her clean-energy plan would extend consumer and business tax credits for purchasing zero-emission vehicles ­— and via a $1.5 trillion Green Manufacturing plan. She wants a moratorium on new oil and gas leases on federal lands.

There would be mandates, as well as incentives.

In my first year in office, I’ll set strict vehicle emissions standards that will become progressively tighter every year, reaching a requirement for 100% zero-emissions for all new light- and medium-duty vehicles by 2030.

Warren would require all new purchases for the federal fleet to be electric by the end of her first term. She’ll also work with state and local governments to accelerate the electrification of their vehicle fleets, including by financing the transition from diesel to zero-emission transit and school buses. 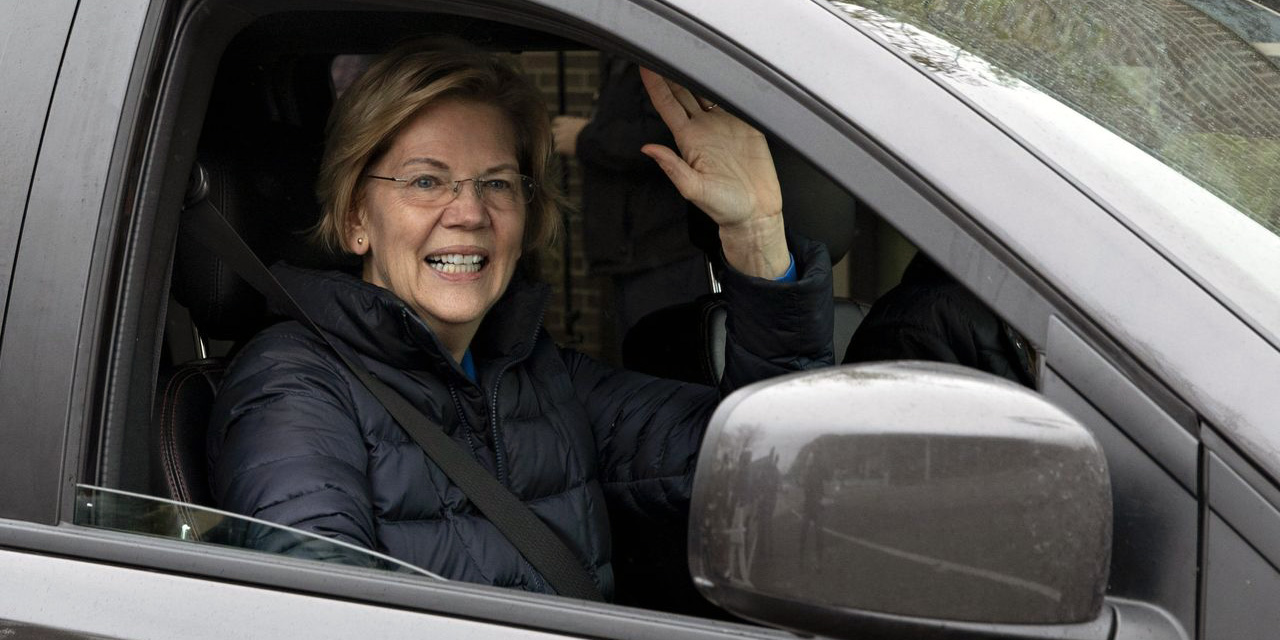 She committed to decarbonizing other forms of transportation, including maritime, rail, and aviation, and to expanding and improving public transit across our country.

Warren estimates in her plan that investing in public transportation infrastructure that’s “powered by electricity rather than fossil fuels” will create about 2.6 million jobs. Warren believes the investment in infrastructure will also modernize and foster growth in US auto manufacturing.

I’ll provide federal investments to grow domestic zero-emission vehicle manufacturing and reinforce the assembly plants and supply base, including battery manufacturing. I’ll also invest in electric vehicle charging infrastructure, including ensuring that every federal interstate highway rest stop hosts a fast-charging station by the end of my first term in office, and ensuring that charging stations are as widespread and accessible tomorrow as gas stations are today.

Warren is also calling for a “Clean Cars for Clunkers” program, based on the Recovery Act trade-in program. Financial incentives would encourage consumers to replace fuel-inefficient cars with zero-emission vehicles, made in the US by union workers.

What does Warren drive? Hard to say, but there are reports of the candidate ditching a BMW in favor of a Ford hybrid.

Andrew Yang: All EV sales by 2030, a world beyond private cars

In September, Andrew Yang said that, as president, he would travel using an all-electric limousine.

If I’m president, the entire White House motor pool will be electric.

Yang’s plan includes a zero-emissions standard for all new cars by 2030. CNN’s Wolf Blitzer asked Yang, “Are we all going to have to drive electric cars?” Yang replied, “We are all going to love driving electric cars.” He added that there would be programs that offer to buy back clunkers in exchange for an EV.

The Yang campaign website calls for “net-zero for all transportation sectors 2040.”

Yang also wants a “massive installment of EV charging stations.” His plan specifically calls for an investment of $50 billion in EV charging-station infrastructure in non-urban areas to ensure complete coverage of charging stations across the country.

The former tech entrepreneur is unique among candidates in anticipating self-driving vehicles, which he believes will be electric.

We might not own our own cars [by 2050]. Our current car ownership and usage model is really inefficient and bad for the environment.

If you have mobility [based on a] constant roving fleet of electric cars that you would just order up, then you could diminish the impact of ground transportation on our environment very, very quickly.

Yang believes aircrafts “need to achieve net-zero emissions by 2040,” but technological limitations will prevent fully electric airplanes at scale before 2050.

What does Andrew drive? Unknown. (Maybe Ubers and Lyfts?)