Tim Echols wants his fellow Republicans to wake up to the benefits of electric vehicles. Echols, a member of Georgia’s Public Service Commission, is not happy that his state quashed state-based EV tax credits in 2015. That led to a nearly 90% drop in the state’s electric-car registrations. And Echols tried unsuccessfully get Washington to extend federal EV tax credits. But he’s not giving up the battle.

“My fellow Republicans have seen how the climate-change agenda has been weaponized against them, and they see EVs as part of it,” Echols explains in an email to Electrek.

He believes the conversation needs to shift to topics near and dear to Republicans. “To win them over,” he wrote, “we need to talk more about grid utilization, efficiency, keeping money in the state, and homegrown fuel.”

It’s a no-brainer. Instead of rolling back America’s electric vehicle tax credit, Congress must expand it.

He listed the reasons why EV tax credits make sense, starting with saving money for consumers, spurring new industries and jobs, and improving the robustness of the electric grid. He elaborated:

Electric cars boost the local economy because drivers fill up using electricity, they’re buying power from the local utility, keeping their money within the state, and shielding drivers from volatile global oil prices.

In Georgia, reinstating a $2,500 tax credit and reducing the electric car fee to $50 could lead to an estimated $100 million in gained Gross Domestic Product and $54 million in increased income in the state.

An EV driver for the past six years

Echols has held political positions in local and state government for the past decade. He served as a public policy adviser, campaign manager, and treasurer for leading Georgia state officials and US representative Paul Broun, a Tea Party Republican.

Echols is also a lifelong car guy. His interest in EVs grew out of his role, held since 2010, on the Georgia Public Service Commission, which helps set electricity rates. “Because I regulate energy, I felt I needed to understand all the fuels, including EVs, so I got my first one in 2013.” (He previously drove a CNG-powered car.)

Take note, EV fans: Echols believes that fracking has helped the US become competitive on energy. He backs Georgia’s nuclear power plants under construction. And he has expressed opposition to EPA regulations on coal usage.

Echols’s first EV was a 2013 Nissan Leaf. “My wife and daughters quickly commandeered the Leaf,” he said. So he got another Leaf and then a Kia Soul EV. 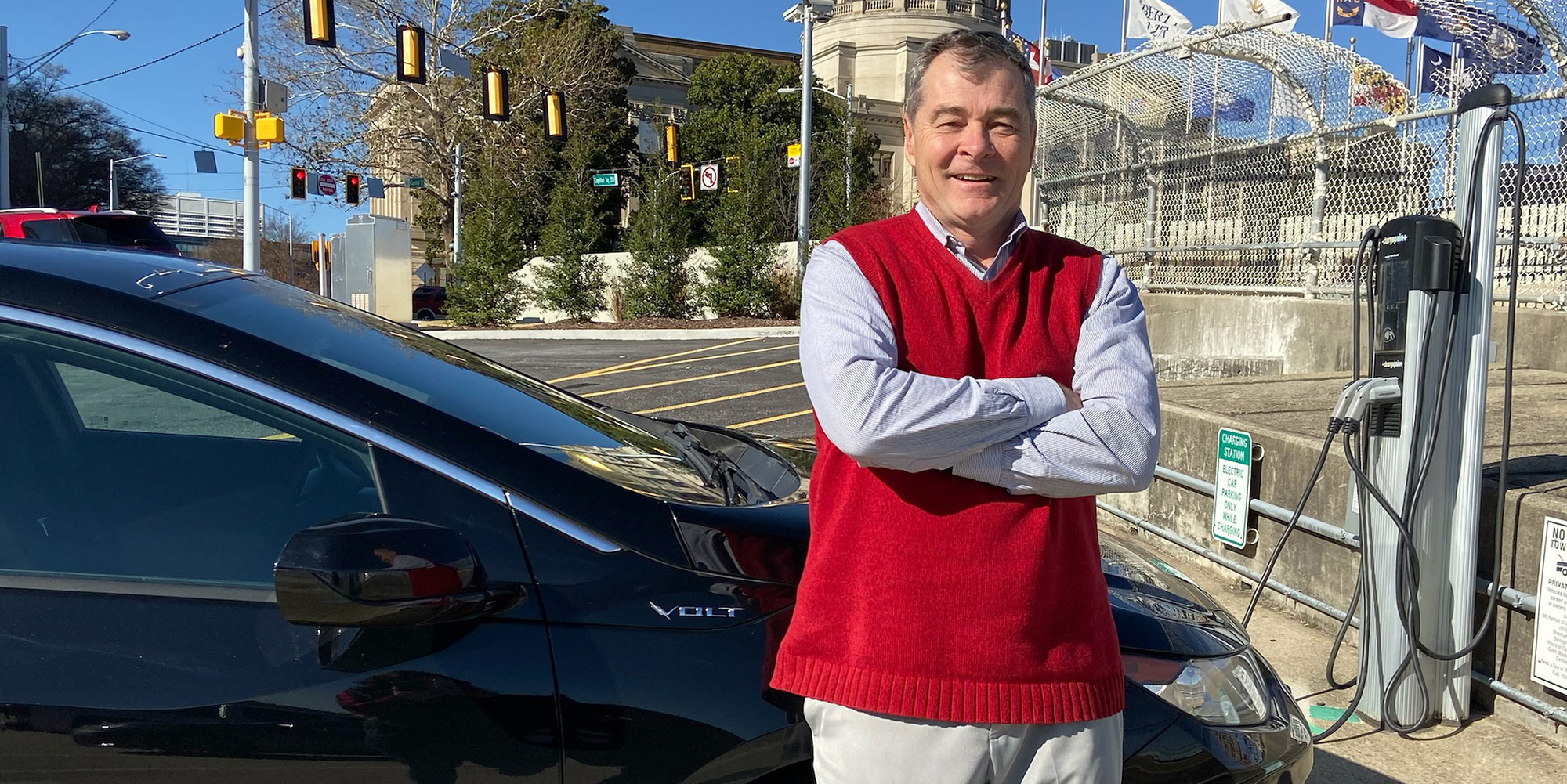 More recently, he faced a dilemma when his electric Soul didn’t have enough range to reach the remote parts of Georgia that he visits in his role as a utility commissioner. “I wanted to try the Chevy Volt and see what difference it made so I could help people make incremental changes in their car selection,” he wrote to us.

Echols said that 95% of trips in the Volt run purely on electrons. “Having the flexibility to travel across the state in my EV and showcase it to people means a lot,” he added.

Make no mistake: Echols has his eyes on the big EV prize. “The Bolt and other cars with the 250-mile range are what we have been waiting on,” he wrote. “But we need those state credits to convince people to take what they still perceive to be a risk in purchasing.”

At the same time, the environmental benefits are not lost on Echols. He fully understands that EVs reduce air pollution. He wrote, “Traffic pollution is responsible for 1 in 5 childhood asthma cases in the US and can lead to cardiovascular disease, cancer, and even premature death.” 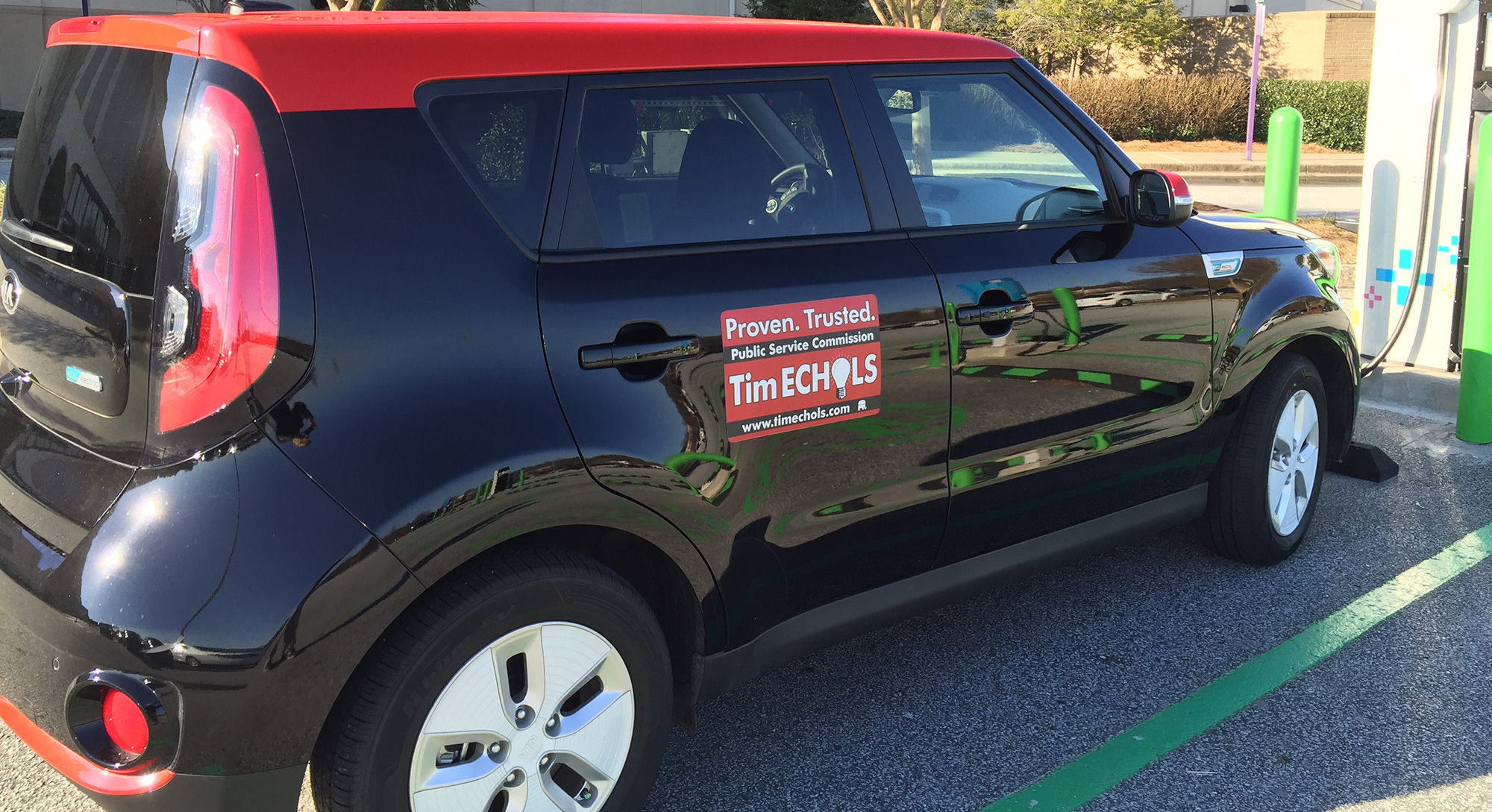 Unfortunately, he’s not optimistic that Georgia House Bill 732 will be passed, and thereby reinstate Georgia’s EV tax credit. “It will require a member of leadership in the Georgia Capitol to spend their political capital on pushing for it,” he said. “That has not happened yet.”

In the meantime, Echols is advocating that local counties offer EV incentives of about $1,000. And he continues to hold monthly meetings about EVs with local stakeholders, including carmakers, utility officials, and Atlanta-based Cox Automotive (an investor in Rivian). He also proposed turning an industrial section of Atlanta into an EV development zone, while renaming one of the city’s main thoroughfares to “Electric Avenue.”