The Tesla Cybertruck prototype, seemingly the same unveiled last month, has been spotted in the wild in Los Angeles, and the consensus is that it looks massive.

Last month, Tesla unveiled the Cybertruck after months of hype.

The automaker delivered on the specs with an impressive range of up to 500 miles, segment-leading functionality, and a price starting at just $39,900.

But the radical design of the Cybertruck raised a lot of eyebrows.

A few weeks later, some have people warmed up to it, but it’s still a very polarizing design.

Seeing it on stage at the unveiling is one thing, but we are now starting to see a few sightings on the road, and it looks even more imposing in traffic.

The Tesla Cybertruck prototype was spotted near the Los Angeles Airport last night (picture via Cody Simms on Twitter): 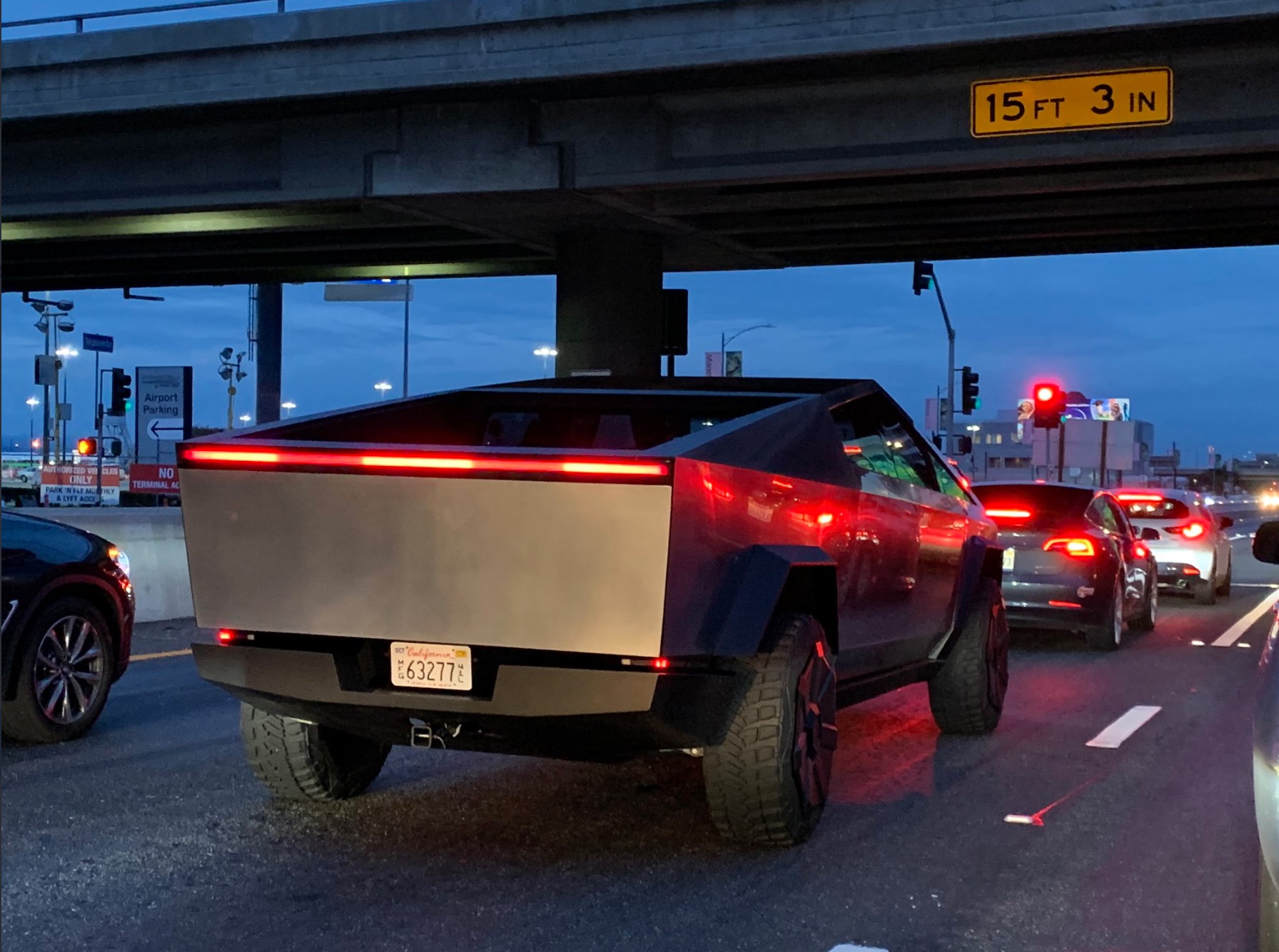 It’s the second sighting of the Cybertruck prototype in the wild — presumably the only Cybertruck working prototype that Tesla has at the moment.

When unveiling the truck, Tesla said that it is equipped with an adaptive air suspension:

Raise and lower suspension four inches in either direction for easy access to Cybertruck or the vault, while self-leveling capabilities adapt to any occasion and assist with every job.

CEO Elon Musk recently talked about the Tesla Cybertruck’s specs and size. He said that they could make it a little smaller and fit it in a garage.

The color of the truck in low light is also interesting. The stainless steel color almost looks like a metallic black.

Here’s a side-by-side of the same truck in the daylight versus at night:

Tesla Cybertruck’s body is made of “Ultra-Hard 30X Cold-Rolled stainless-steel”:

It could make a little more difficult to offer the Cybertruck in different colors.

Last month, we posted a look at the Tesla Cybertruck in beautiful different colors as Musk confirmed matte black will be available.

Tesla recently updated the production timelines for the two higher-versions of the Cybertruck. They will arrive in “late 2021,” according to the automaker.