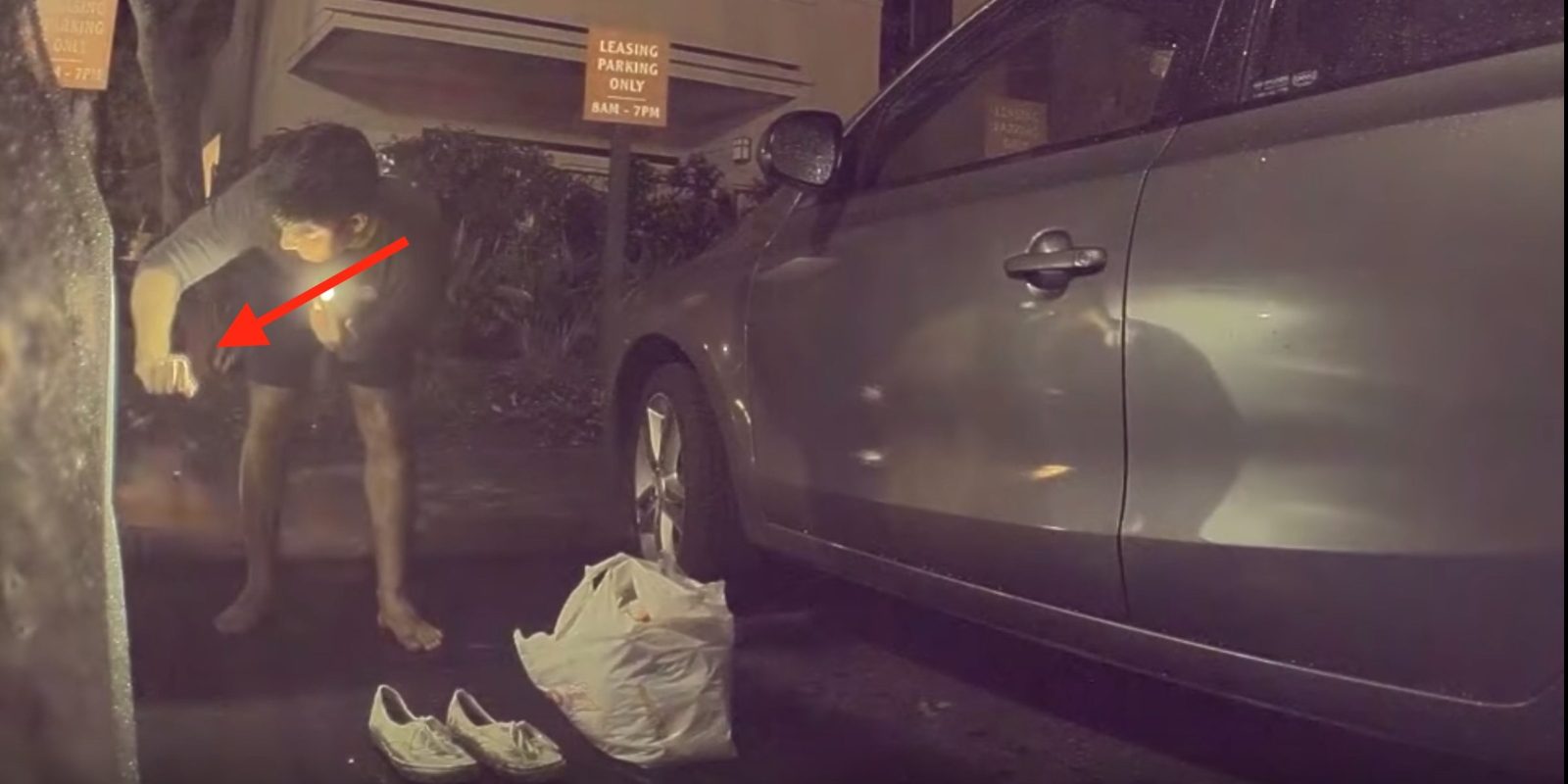 Tesla’s Sentry Mode, which is an integrated surveillance system inside Tesla’s vehicles using the Autopilot cameras around the car, has been changing the game when it comes to vandalizing parked cars.

On several occasions, Sentry Mode videos went viral and the vandals turned themselves in after the online pressure.

In other cases, it helped police with video evidence to help them identify and find the vandals.

We now have another great example of the latter as a Sentry Mode video helped catch a serial tire slasher.

The incident happened around 3 a.m. when the car was parked by the leasing office of a rental apartment community in Newport Beach, California. When I found out one of the tires was flat on my way to work, I checked the recordings made by the car. Its Sentry mode saves videos of all suspicious activities around the car from four cameras, one on each side. After I got a loaner wheel from Tesla I brought the evidence to the police station. I was told by the police that there were several other cars in the same area that had their tires slashed on the same night. Apparently, the crime was not Tesla targeting, but it was a Tesla Model 3 that caught the suspect on camera. The investigation is ongoing. I will keep you posted. If you happen to know this guy, please call NBPD.

After reporting the video to the police, Go said that he got confirmation that the suspect has been arrested:

I got a confirmation from the police that the suspect had been identified and arrested shortly afterward on the same day.

According to California law, anyone who defaces, damages, or destroys someone else’s property is guilty of vandalism and can be charged with either a misdemeanor or a felony.

While Tesla Sentry Mode is useful to capture those incidents, pressure the vandals, and help the police, the hope is that the feature gets publicized enough that people become less inclined to vandalize Tesla vehicles in the first place.

In order for Sentry Mode to work on a Tesla, you need a few accessories. We recommend Jeda’s Model 3 USB hub to be able to still use the other plugs and hide your Sentry Mode drive. For the drive, I’m now using a Samsung portable SSD, which you need to format, but it gives you a ton of capacity, and it can be easily hidden in the Jeda hub.