An analysis of the Tesla Cybertruck’s total cost of ownership versus the Ford F-150 shows that it could save owners almost $20,000 over five years.

Before unveiling the Cybertruck, CEO Elon Musk said that the Tesla Cybertruck would cost less than $50,000 and have better specs than the Ford F-150, which is a top competitor Tesla is going after with its new electric pickup truck.

He delivered on that with two versions of the Cybertruck starting lower than $50,000 and the specs being extremely competitive with the F-150.

But where the Cybertruck really shines financially is not only at the sticker price, but with its total cost of ownership.

Ben Sullins from Teslanomics did the math and made a full total cost of ownership over five years’ comparison between the Tesla Cybertruck and the Ford F-150.

He came to the conclusion that the Cybertruck is about $19,000 cheaper than the F-150 over a five-year period when owned in California and Texas:

Sullins tried to be as fair as possible with all the different variables that affect the cost of ownership, and he admits that it’s not a perfect comparison, especially when it comes to insurance and projected depreciation or repairs.

He used a Ford F-150 Lariat, which Edmunds ranks as the best-value F-150, and configured it as an AWD and SuperCrew in order to compare it to the 6-seater AWD Cybertruck Dual Motor.

That’s pretty close, but when you add up all the costs over five years, the Cybertruck ends up much cheaper: 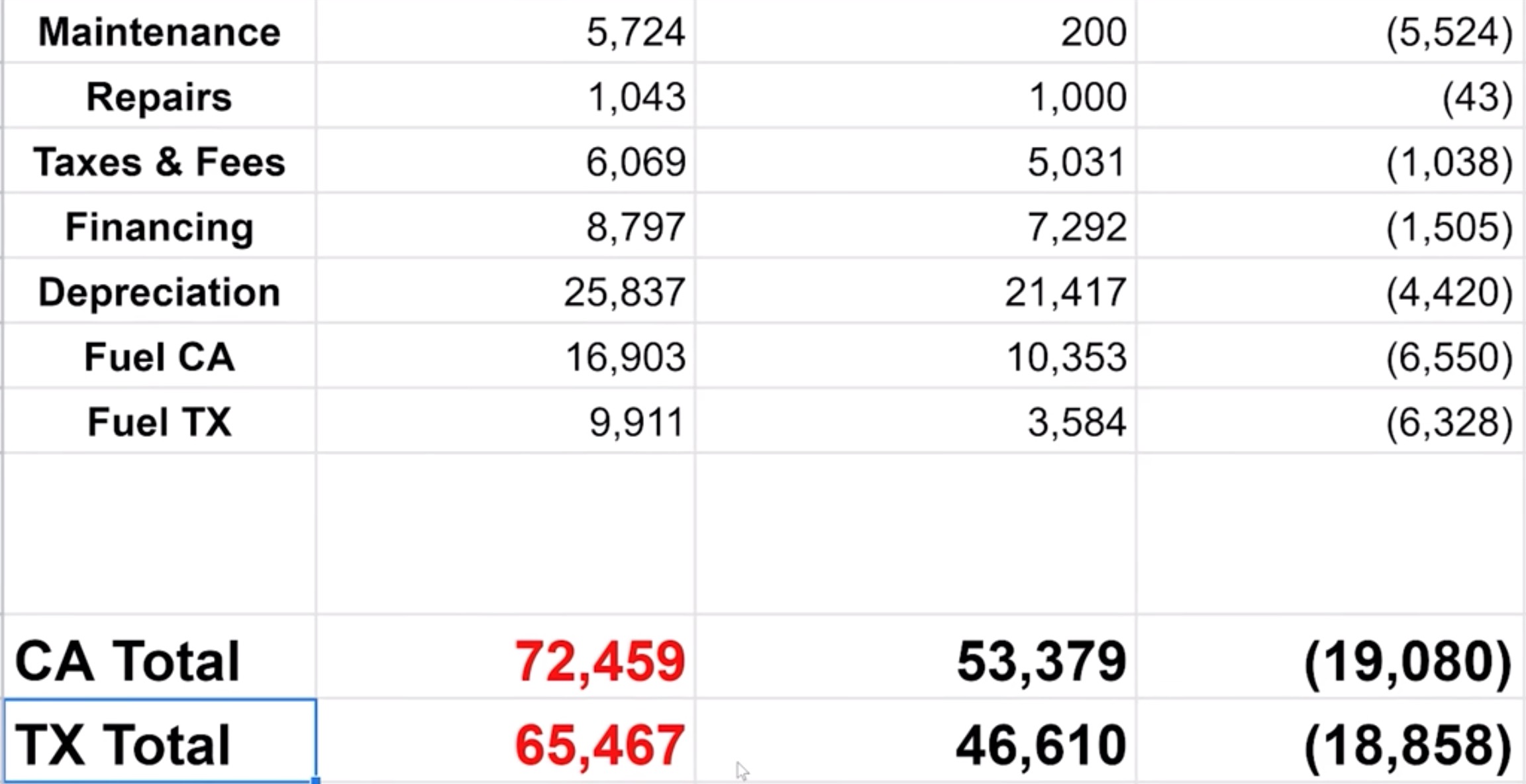 Sullins used average gas and electricity prices in California and Texas, but there’s also the potential for an even greater difference if owners use variable rates to charge at night, or even better, if they have solar power and charge their vehicle with electricity they produce themselves.

Also, it doesn’t account for EV incentives, because it’s unclear what will be available by the time the Cybertruck hits the market.

In Canada, which is an important market for pickup trucks, Cybertruck might be eligible for some subsidies if Tesla takes a similar price structure approach as it did for the Model 3.

That’s a huge difference in price, and I also happen to think that it is somewhat conservative.

In markets where electricity is cheaper and where customers combine the Cybertruck with a solar installation, it will be much cheaper.

Especially in Quebec, where electricity is about $0.09 per kWh, it will be massively less expensive than a gasoline-powered truck like the F-150.

If it also happens to be eligible for EV incentives, which can add up to $13,000 in Quebec, the Cybertruck would make a killing.

But it depends on the price in Canadian dollars since there are MSRP restrictions to get access to incentives.