Elon Musk confirmed that Tesla Cybertruck will be able to carry a full 4×8 sheet despite its smaller bed — thanks to a “flip stop” feature on the tailgate.

That may not sound like much, but it’s a big deal for a lot of people.

When Tesla unveiled the Cybertruck last month, it confirmed that the electric pickup truck is equipped with a full-size, 6.5-foot bed.

As we highlighted in our Tesla Cybertruck vs. Rivian R1T electric pickup comparison, it’s a whole 2 feet more than the R1T, which is likely going to Tesla Cybertruck’s closest competitor.

It’s going to give Cybertruck a big advantage for people on the market for a utilitarian electric truck, but some people need even longer capacity in their truck bed.

Tesla CEO Elon Musk confirmed on Twitter that Cybertruck will have a “flip stop” in its tailgate to enable longer things — even a 4-by-8-foot sheet of plywood:

A flip stop is a little flap hidden in the tailgate to prevent longer cargo from falling and making easier to secure it in the bed: 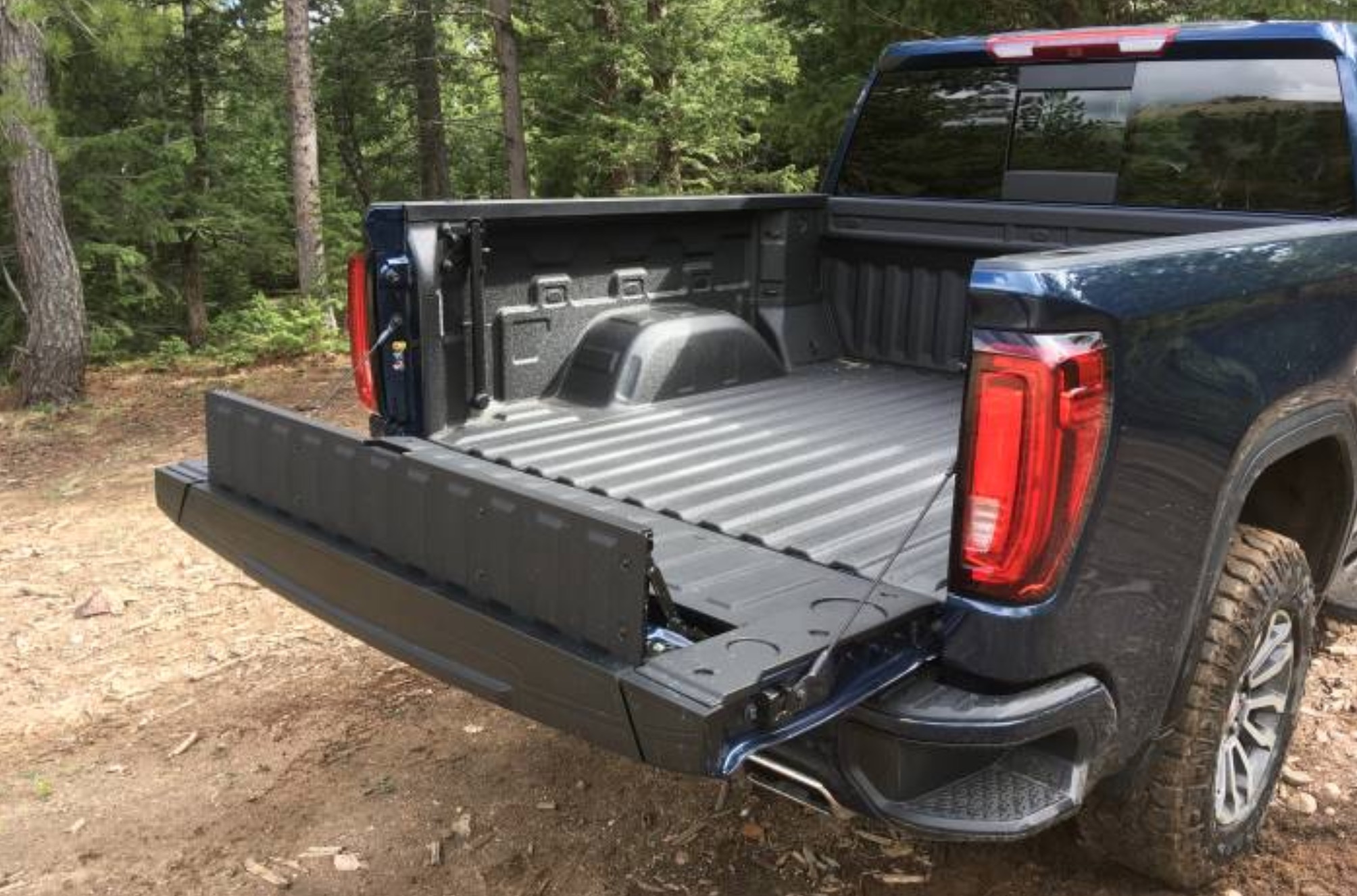 From that single word tweet, Musk has made a lot of prospective Cybertruck buyers happy, especially contractors.

With features like this one, the Tesla Cybertruck is becoming an ideal option for contractors and pickup truck owners who are actually using their trucks to their capacity.

Other really useful features include a 240-volt outlet in the back that enable people to power or charge power tools off of the Cybertruck’s battery pack without a generator on site.

Tesla also plans to release a solar roof option on the Cybertruck that could keep your battery charged as you use those tools.

If you have air-compressed tools, you can even power them off of the Cybertruck through its adaptive air suspension system.

With time and as people get used to the design, I think that the Tesla Cybertruck is going to become really popular with contractors.

On top of all those useful features, they will run the numbers and find out that they can save a ton of money on gas.

For those people, gas is a big line on their budget. They cover some decent distances with gas-guzzling vehicles, and if they have to use generators, it also adds up.

If they can charge their truck with cheap electricity instead, the Cybertruck could make a big difference on their cost of operation.