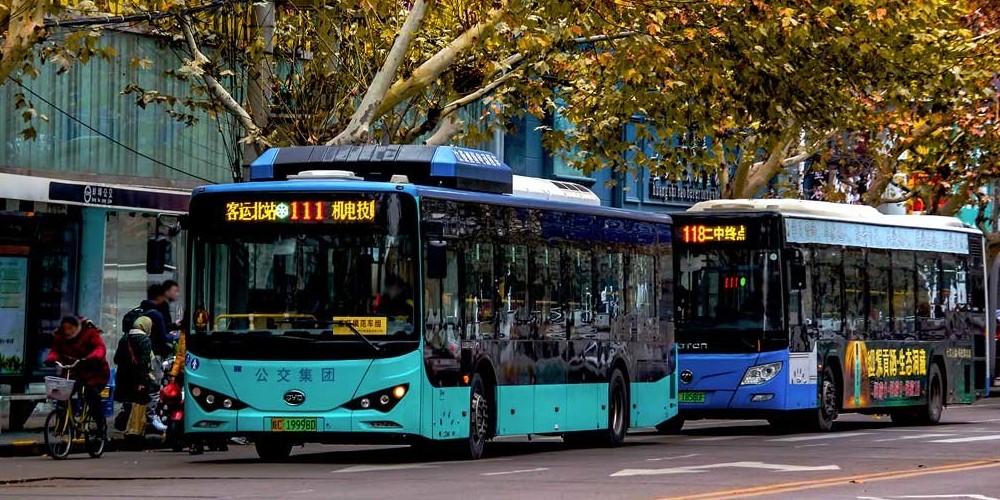 Climate Transparency has released its 2019 Brown to Green Report. The report is “the world’s most comprehensive annual review of G20 countries’ climate action and their transition to a net zero emissions economy.” The bottom line: The G20 is not on track to meet Paris goals. But there are some positive trends in some of the world’s 20 biggest economies. And being that we’re Electrek, we’re going to take a quick look here at the report’s findings when it comes to transport.

Only half of the G20 countries are projected to meet or overachieve their inadequate nationally determined contributions (NDCs). (Note the word “inadequate.”)

But Alvaro Umaña, co-chair of Climate Transparency and former minister of environment and energy of Costa Rica, said:

Just one year before the critical deadline, the findings give us hope that countries will find the political will to commit to higher emission reduction targets in 2020 as they promised under the Paris Agreement.

For the first time, the report identifies untapped potential and key opportunities for countries to ramp up ambition and as such will be a valuable tool for governments when they update their climate plans.

As Umaña pointed out, the report is very clear about the steps that G20 countries need to take in order to reach the UN’s Intergovernmental Panel on Climate Change-based 1.5°C benchmark. The report is extremely comprehensive, as it looks at 80 indicators. You can read the full report here.

When it comes to transport, here are the key findings of where the G20 countries currently are:

Transport accounts for 20% of the G20 energy-related CO2 emissions, and emissions in the sector have continued to increase rapidly over the last 10 years.

The G20 final energy consumption of transport has nearly doubled between 1990 and 2018. This demand is largely fed by oil.

Canada, France, Japan, and the UK are leading in banning the sale of fossil fuel-based cars. But this is insufficient, since 1.5°C compatibility requires a phase-out of new fossil fuel cars by 2035.

China nearly doubled the share of electric vehicles within one year (over 1 million in 2018) and has the most ambitious policies to shift towards public transport.

The US (24 times the levels of India), Canada, and Australia have the highest transport emissions per capita.

G20 aviation emissions are increasing rapidly, with Australia, the US and the UK having the highest flight emission per capita.

With the exception of Australia, Indonesia, and Russia, all G20 countries have some policies in place to reduce car emissions.

And here’s what needs to happen when it comes to transport:

G20 countries need to ban the sale of new fossil fuel vehicles by 2035 at the latest.

Globally, the share of low-carbon fuels in the transport fuel mix must increase to about 60% by 2050.

G20 countries need to develop and implement a long-term strategy to phase out emissions from freight transport by 2050.

All G20 countries need to increase efforts to phase out CO2 emissions from aviation.

And as for market share of EVs in new car sales, the report, which drew its data from the International Energy Agency, named the top 5 as:

The G20 has a lot of work to do. It’s good to hear that Climate Transparency has hope.