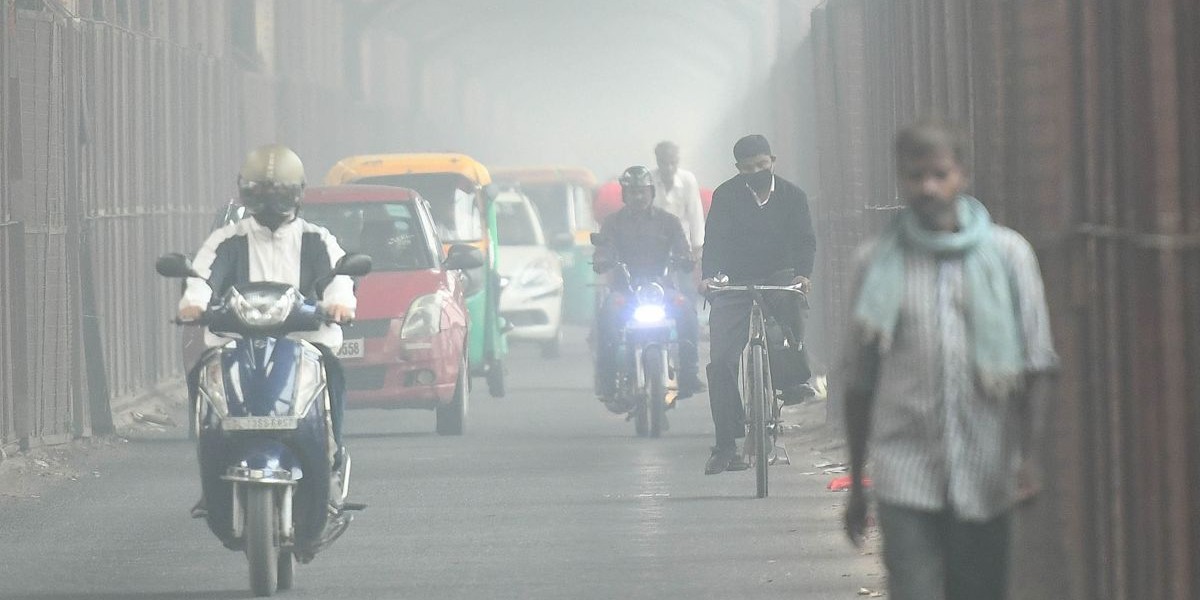 India’s capital, New Delhi, has declared a health emergency as the city suffers the worst smog in three years. The level of pollution ingested is being compared to smoking two packs of cigarettes a day.

Schools will be closed until Tuesday, and the city has suspended all construction. Half of the city’s privately owned cars have been ordered off the road. As of 2016, New Delhi had 8.8 million registered motor vehicles.

The city is also distributing millions of pollution masks to New Delhi children. Further, flights were delayed and diverted on Sunday from Indira Gandhi International Airport due to the heavy smog.

According to Al Jazeera:

As Delhi residents woke up on Monday, levels of particulates measuring less than 2.5 microns — so tiny they enter deep into the respiratory tract — were at 613 micrograms per cubic meter of air, according to the US embassy in Delhi. The World Health Organization’s (WHO) recommended safe daily maximum is a reading of 25.

Government officials have blamed pollution, weather, and Diwali fireworks. They have also blamed the burning of wheat crop stubble in agricultural fires.

When German chancellor Angela Merkel visited New Delhi on Friday, she experienced just how bad the pollution is and pledged €1 billion over the next five years to help the city expand its green transport. That includes €200 million to replace diesel buses in Tamil Nadu state.

According to the United Nations, 14 out of 15 of the world’s most polluted cities are in India.

Here’s a video from the South China Morning Post that shows images of New Delhi’s smog:

Electrek reported in May that India may electrify all two- and three-wheelers by 2025 to reduce the overwhelming pollution. Further, we reported in July that the Indian government sanctioned 5,645 electric buses for 65 cities, and reduced the “electric car tax from 12% to 5%, and cut taxes on EV chargers from 18% to 5%.”

But India has got to address the elephant in the room. Coal provides half of the country’s commercial primary energy and dominates its power generation. It’s got to give up its serious coal habit and own up to the damage their dependence on fossil fuels is causing not only to their own country, but to the world.