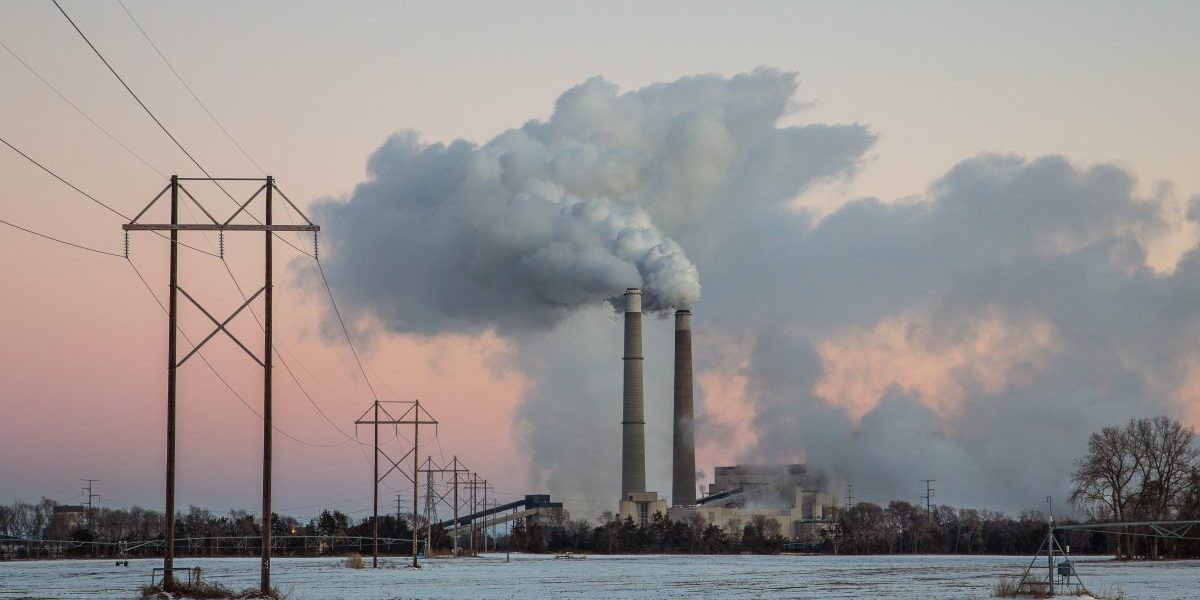 The International Monetary Fund (IMF) has released a report that says implementing a fossil-fuel emissions tax on corporations responsible for CO2 would be the most powerful and effective way of reducing air pollution.

IMF authors made their recommendations in their October 10 blog titled “Fiscal Policies to Curb Climate Change”. Here are some excerpts:

Governments will need to increase the price of carbon emissions to give people and firms incentives to reduce energy use and shift to clean energy sources. Carbon taxes are the most powerful and efficient tools, but only if they are implemented in a fair and growth-friendly way.

To limit global warming to 2°C or less — the level deemed safe by science — large emitting countries need to take ambitious action. For example, they should introduce a carbon tax set to rise quickly to $75 a ton in 2030.

About 50 countries have a carbon pricing scheme in some form. But the global average carbon price is currently only $2 a ton, far below what the planet needs.

Unsurprisingly, there are objections from those who say a fossil-fuel emissions tax would raise energy costs — and it would definitely raise them a lot — but the IMF has recommendations to address that, too. Click on the link above to read the entire blog.

Health and EVs in China

A new study published in Nature Sustainability finds that China’s fleet of electric vehicles could save lives. In other words, “Fleet electrification in China could have more health benefits than net climate benefits in the next decade, which should be realized by policymakers to develop cost-effective strategies for EV development.”

China is the largest market in the world for electric vehicles. The main goal was to reduce fossil-fuel emissions in China, which emits more CO2 than any other country in the world. But Beijing curbed subsidies in March 2019 by roughly half, “in the wake of subsidy frauds that saw firms claim money for padded or fake sales,” according to Quartz.

China would be wise to figure out a way to revive its electric vehicle sales, not only for economic and climate reasons but also for health reasons. Sales have fallen due to the curbing of government subsidies. The Nature Sustainability study states:

Electrifying 27% of private vehicles and a larger proportion of certain commercial fleets can readily reduce the annual concentrations of fine particulate matter, nitrogen dioxide, and summer concentrations of ozone by 2030. This scenario can reduce the number of annual premature deaths nationwide by 17,456 (95% confidence interval: 10,656–22,160).

Co-author K. Max Zhang of Cornell University and his colleagues want local policymakers to note electric vehicles’ health benefits in China and consider supporting them regionally, as national subsidies will be phased out by 2020.

As Electrek reported on October 2, the American Council for an Energy-Efficient Economy (ACEEE) released its 13th annual State Efficiency Scorecard. Sadly, the last-place spot belongs to North Dakota, scoring 5 points out of a possible 50.

Wind farm developers are seeking to harness North Dakota’s abundant winds of the upper Great Plains. But the problem they’re encountering is congestion on the power lines. As a result, the issue is causing wind companies to hesitate to launch projects in North Dakota. The state’s grid just can’t handle the extra energy. And if developers do manage to get permission to build, then upgrade costs land on their shoulders.

Beth Soholt, executive director of the Clean Grid Alliance, told the Fairfield Sun Times that “that the state can help grid operators work through the transmission congestion problem by giving an indication of where the state wants to see wind development go and what sort of grid-related infrastructure is needed. [Soholt] said it would also help to gather input from people involved in the technical aspects of power generation to identify specific power lines to target for upgrades.”

Discussions will continue between the wind industry and the Public Service Commission.

The Scottish government, in partnership with other public bodies, will be making a call for a £3 billion Green Investment Portfolio program for projects that need large-scale investment, reports Power Technology. Wind, energy storage, and solar projects are eligible.

Scotland is determined to lead the transition to a net-zero carbon economy, and we have been clear that we must leave no one behind. With 85% of the finance for this transition coming from the private sector, we must do everything we can to help all parts of the economy contribute to net-zero emissions by 2045.

The Scottish government will launch the first projects in the first half of 2020.