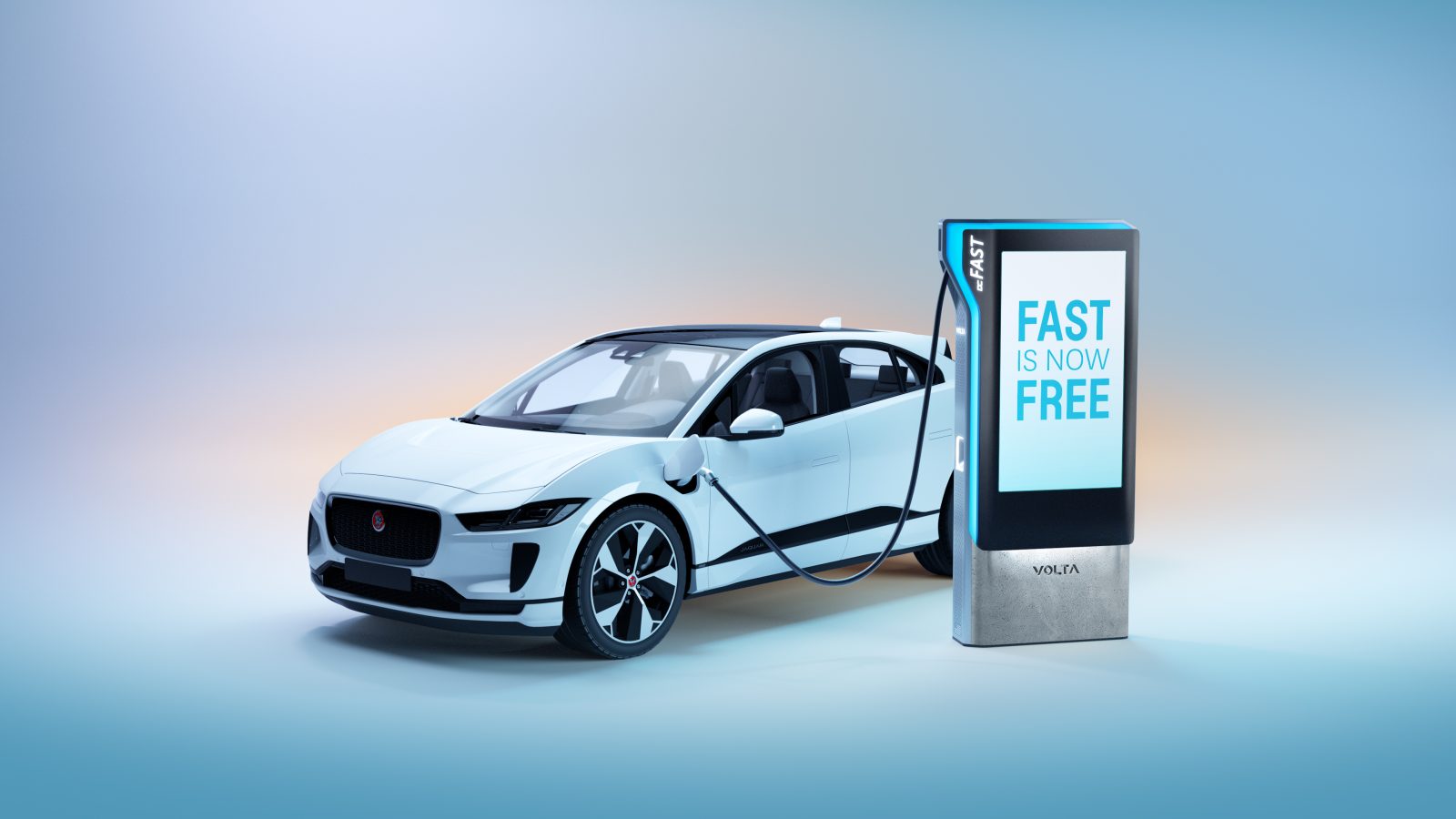 Are we dreaming right now? Is this real life? Volta, which has provided free L2 charging stations since 2010, has announced the first of 150 free DC fast-charging stations across the United States. Unprecedented. And the first location opens this Friday in Norwalk, Connecticut. Next up are Los Angeles, San Francisco, Chicago, and Washington, DC.

Could you imagine the insanity if a local business announced free tanks of gas just for visiting their store? That’s what Volta is doing. The Norwalk, Connecticut, station will be housed in the SoNo Collection, a new 700,000-square-foot upscale retail center built by Brookfield Properties.

Volta’s new DCFC stations will offer speeds from 50 kW to 100 kW using the CCS standard. Volta’s founder and CEO Scott Mercer explains: “Volta is using the CCS charging standard and not CHAdeMO because Volta believes that there should be one open DC fast-charging standard. We are building the network that we believe will best meet the needs of the electric vehicle population over a longer time horizon. Automobile manufacturers that support CCS include: Jaguar, Volkswagen Group, Renault, General Motors, BMW, Daimler, Ford, FCA, Tesla (Europe only), Kia, and Hyundai.”

This move should nudge Tesla to finally make available that CCS adapter we first reported on in April to its North American owners.

Free charging sessions will be limited to 30 minutes, and then a fee will kick in. This is essential to discourage drivers from hogging such an attractive offering. Thirty minutes of DCFC can mean 175 miles of free driving for those visiting the station.

This move by Volta has the potential to be a major milestone in the history of EV adoption. The current leading charging networks (aside from Tesla) are expensive; using their networks, you’ll pay more to drive your Leaf or Bolt on a road trip than you would a Chevy Suburban. Offering free fuel to anyone with a CCS charger is an obvious game changer, especially for people who can’t charge at home and also don’t want to rely on expensive third-party networks. And Volta doing it is even more impactful than any of the others, as their locations are overwhelmingly located in high-visibility shopping areas.

I think Volta’s site host partners already understand the value proposition, and that’s what’s making this possible. When a nearby Safeway got free L2 Volta charging, I immediately switched grocers and haven’t looked back.

This puts enormous competitive pressure on EVgo, Electrify America, and Chargepoint. Like, how is Volta able to pull this off while you charge 5-8 times the going rate for electricity in the transportation sector?

Legacy OEMs who have declined to invest in their own EV charging networks should be thanking their lucky stars for Volta, Volta’s executive leadership, and shareholders.