Ecuador scraps fuel subsidies — where does green energy fit in? 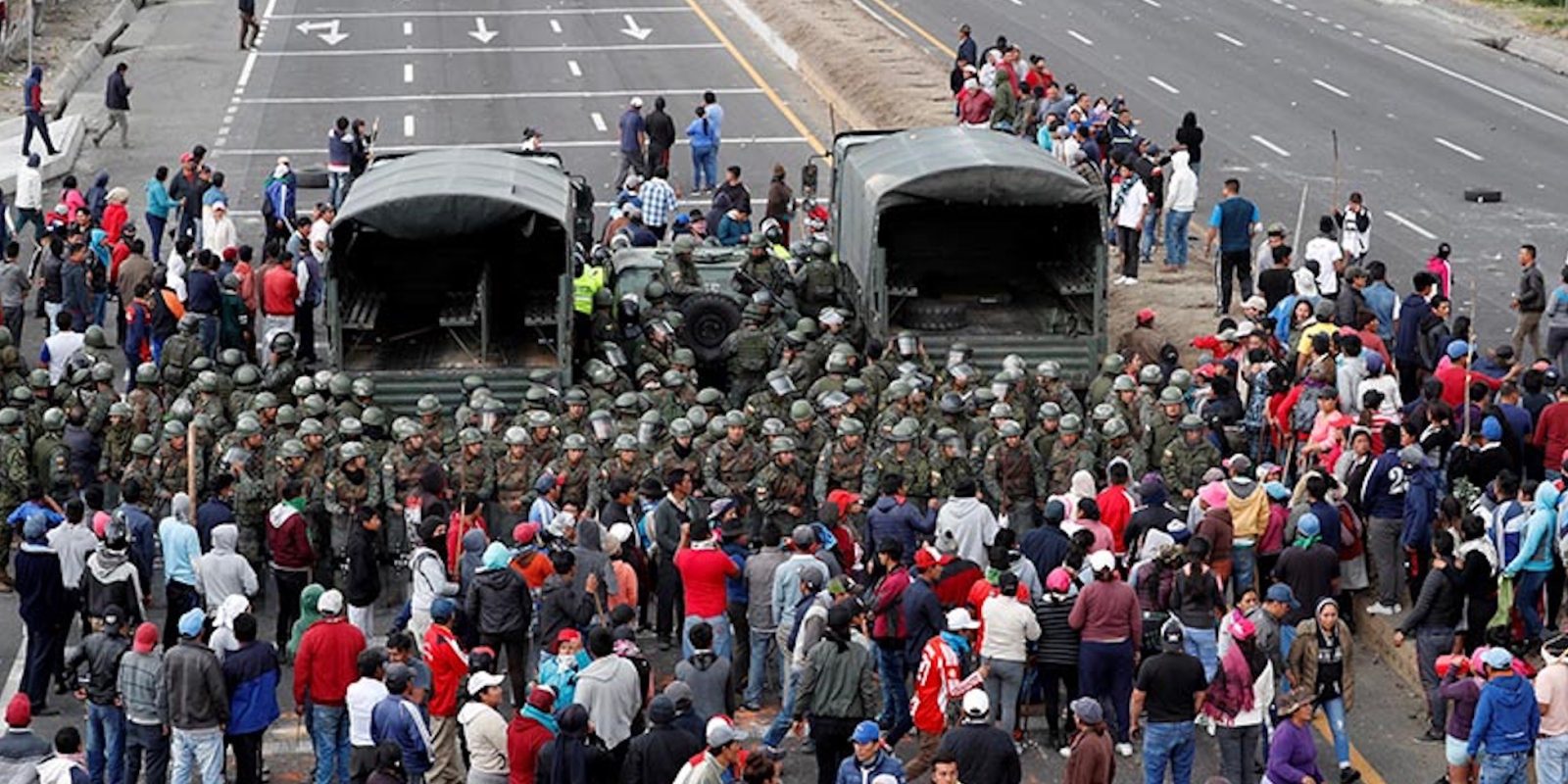 President Lenin Moreno of Ecuador has scrapped fuel subsidies worth $1.3 billion a year. This has resulted in widespread protests since last week. Moreno said he scrapped the subsidies to boost Ecuador’s economy and ease the country’s debt. Ecuador has agreed to cut public spending in return for a loan from the International Monetary Fund (IMF).

The fuel subsidy cut took place last Thursday, and violent protests have taken place since. Protesters have taken around 50 police officers hostage and blocked roads across the country. Moreno has declared a two-month state of emergency.

The fuel subsidies were introduced in the 1970s. Ecuador is an oil-producing nation — Ecuador pumps nearly 550,000 barrels of oil per day. And last Tuesday, it announced it was leaving OPEC in order to pump even more oil to raise revenue.

When it comes to how its emissions affect Ecuador, the United Nations Development Programme outlines Ecuador’s unique challenges:

Characterized by extreme diversity of climate zones, Ecuador boasts an extraordinary array of geographical systems that range from high altitude glaciers to tropical rain forests in the Amazon upper tributaries to dry tropical forest on the Pacific Coast, as well as an insular outpost in the Pacific with the Galapagos Islands, a World Heritage Site… Ecuador is a country particularly vulnerable to climate change.

The fuel cut subsidy was enacted for economic reasons. The International Monetary Fund (IMF) agreement allows Ecuador to borrow $4.2 billion on the condition that it cuts public spending.

As Electrek reported last week, Ecuador belongs to a collective of Latin American countries that have pledged to reach a 70% target of renewable energy use by 2030. Ecuadorians from all over the country marched in the September 27 Climate Change Strike. You can also read their UNFCC statement here.

But many Ecuadorians blame austerity policies for economic hardship and mistrust the IMF. When people rely on driving to work, and the cost of fuel more than doubles, discord isn’t surprising. For those in a lower-income bracket, or for professionals like truck or taxi drivers, this sudden price increase can be devastating.

So while the country clearly has to balance its budget, thinking long-term and big-picture, pumping more oil probably isn’t the best way to meet that 70% renewable energy pledge. Perhaps it could increase its hydroelectric capabilities and create jobs in green energy. In March, the country launched 20 electric buses, and it needs to stay on that path of sustainable transport, and offer other alternatives to drivers.

Ecuador is getting rid of fuel subsidies when, globally, there needs to be a price on carbon emissions roughly equivalent to (or greater than) the cost of cleanup.