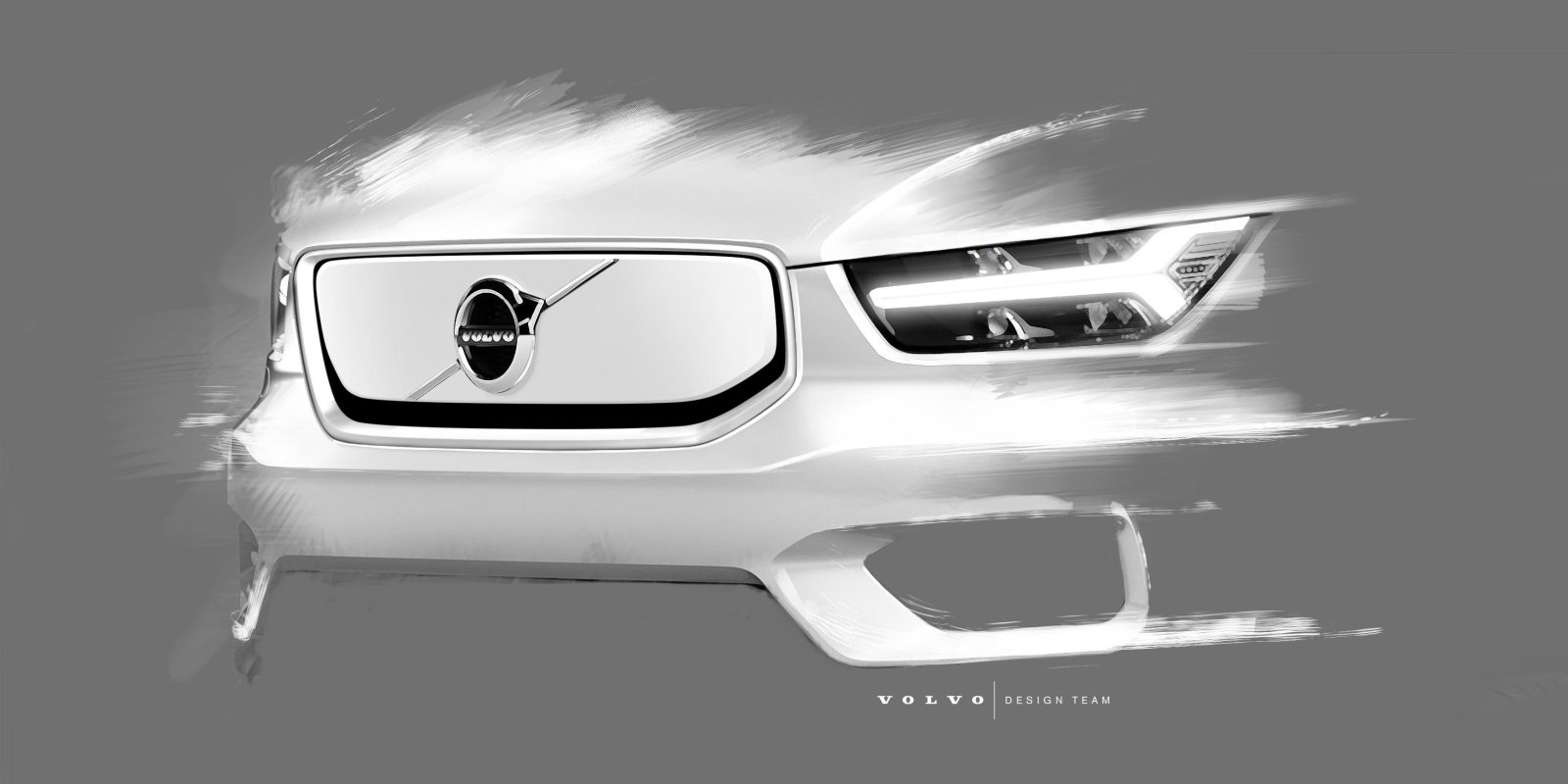 Volvo is launching an all-electric version of the XC40 later this month, and it started teasing the vehicle last week, starting with safety. Now the automaker is showing some design images of the XC40 electric, and confirms some features like a frunk and more.

Last week, Volvo confirmed that it is going to unveil the all-electric version of the XC40 on October 16, and it is going to gradually release more information about the vehicle until then.

It started with the safety architecture of the electric SUV.

Now they are addressing the design of the XC40 BEV.

The roots of Scandinavian design are based on visual clarity and the reduction of element. The XC40 is a great example of this. Its bold, instantly recognizable design is now even sleeker and more modern in the all-electric version. Without the need for a grille we have created an even cleaner and more modern face, while the lack of tailpipes does the same at the rear. This is the approach we will explore more and more as we continue down the road of electrification.

Volvo confirmed that they are keeping the grille format, but they are covering it with the body color of the vehicle.

The automaker released design drawings of the front end and the back of the new electric XC40:

Volvo confirms a few other design features of the vehicle including the fact that it is going to be offered in “eight exterior colors, including a brand new Sage Green metallic option, allow drivers to personalize their electric XC40, while a contrasting black roof comes as standard.”

The company also talked about the interior of the car:

Inside, a brand new driver interface specifically designed for electric cars keeps drivers up to date on relevant information such as battery status, while the interior design package features sporty styling details as well as carpets made of recycled materials.

Volvo also says that the skateboard battery pack design and lack of a large combustion engine result in a more spacious interior and they confirmed that it is going to have ~30-liter front trunk (frunk).

The Swedish automaker says that more details are going to be released in the coming weeks ahead of the October 16 unveiling.

Are you excited about the Volvo XC40 Electric yet? Because I am.

It’s already a critically acclaimed SUV and it is getting a real all-electric version on a platform meant to support BEVs instead of a conversion.

I love the form factor, and Volvo has often knocked it out of the park, in my view.

But as is always the case with launching a BEV version of an existing car, my main concern is the price.

Some buyers are going to compare it to the gas-powered version that starts at just $33,700 in the US. I’d be pleasantly surprised if they can launch the all-electric version for less than $45,000.

If that’s the case, it won’t be an issue after accounting for gas saving and EV incentives.

However, if it is more expensive than that, I think it could be an issue for broader market adoption. I am talking about people that are not necessarily looking specifically for an EV, but just want to buy a new car.

When you don’t have the exact same vehicle with just a different powertrain to compare it to, I think it’s easier to sell.