Tesla is pulling out the big guns for its end-of-the-quarter push. Electrek has learned that Tesla is authorizing its sales staff to give two years of free Supercharging, and it is discounting inventory vehicles by matching them with cheaper orders.

While Tesla claims it has been trying to move away from it, the automaker often ends up making massive sales and delivery pushes at the end of each quarter.

Last quarter, Tesla pushed hard and offered bonuses to employees in order to achieve record deliveries, and they were successful.

Sometimes, the automaker also offered incentives to customers to encourage deliveries by the end of the quarter.

Now, for the end of the third quarter 2019, Tesla appears to feel the need for more orders and deliveries within the last three weeks.

Sources familiar with the matter told Electrek that Tesla has authorized its sales staff to offer two years of free Supercharging for new Model 3 orders that get delivered by the end of the month, which coincides with the end of the quarter.

Furthermore, they are also authorizing sales staff to waive the fees of up to two features to match orders with inventory vehicles, which can result in important discounts.

The features are limited to paint colors, interior, and wheels.

For example, you could be ordering a Model 3 Standard Plus in white with 18-inch wheels for $38,990 and if Tesla happens to have the same Model 3 in red with 19-inch wheels, Tesla’s sales staff can approve the sale of the vehicle for the same price:

That would result in a $3,500 discount over the price of a Model 3 Standard Plus in red with 19-inch wheels.

Tesla salespeople can comp up to two deviations on those inventory vehicles as long as the customers take delivery by the end of the month.

Also, Tesla’s loan product for the Model 3 is now offered with zero cash down and 3.99% APR, making the Model 3 surprisingly cheap to buy: 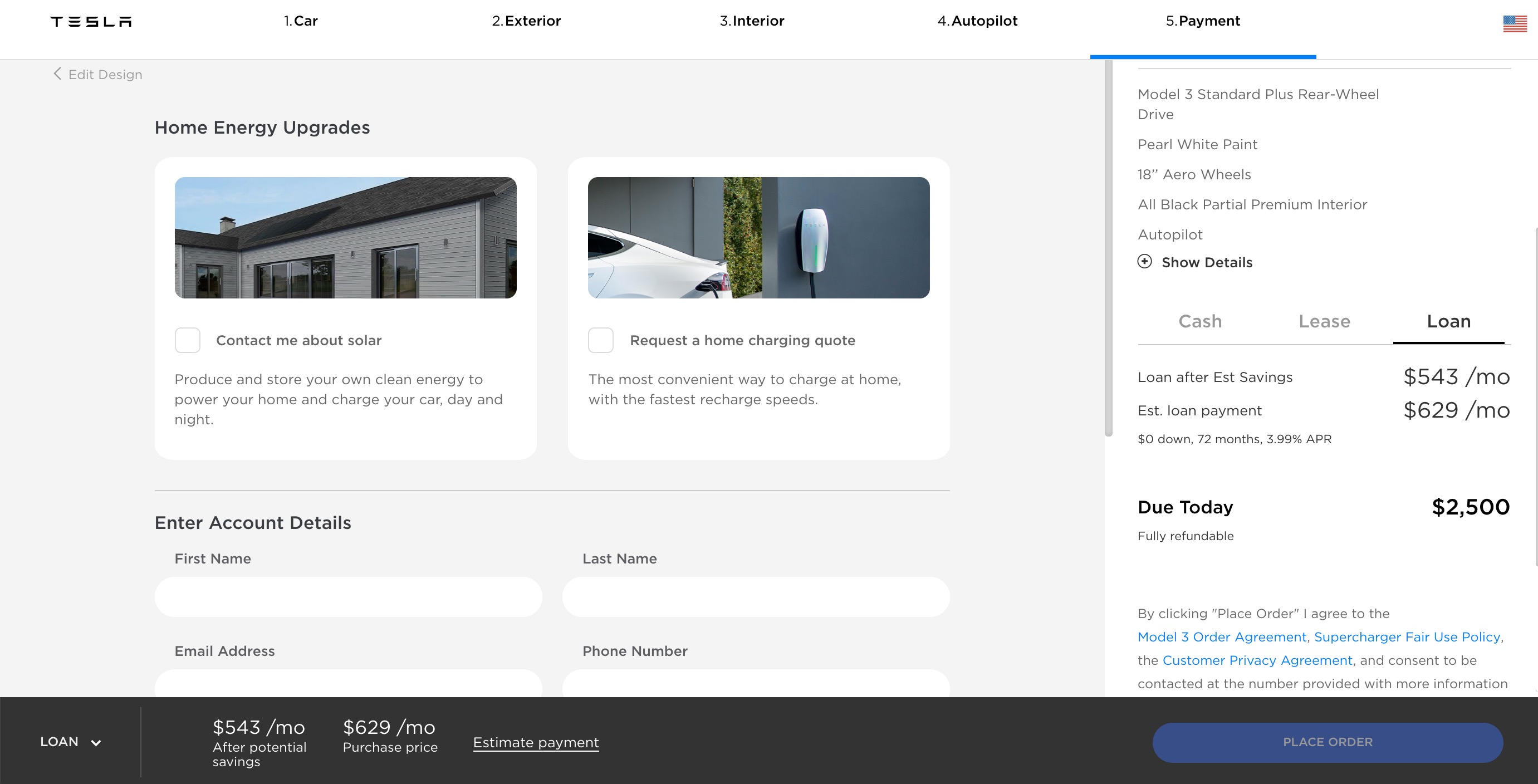 With zero cash down, you can purchase the Model 3 through a Tesla finance loan for just $629 per month for 72 months.

Last quarter, Tesla smashed its global delivery record, with over 95,000 electric cars delivered during the quarter.

Tesla could be aiming to beat that during the third quarter 2019, but it looks like it is going to require a strong end of the quarter.