VW to unveil ID3 electric car next week, compares importance to the launch of the Golf 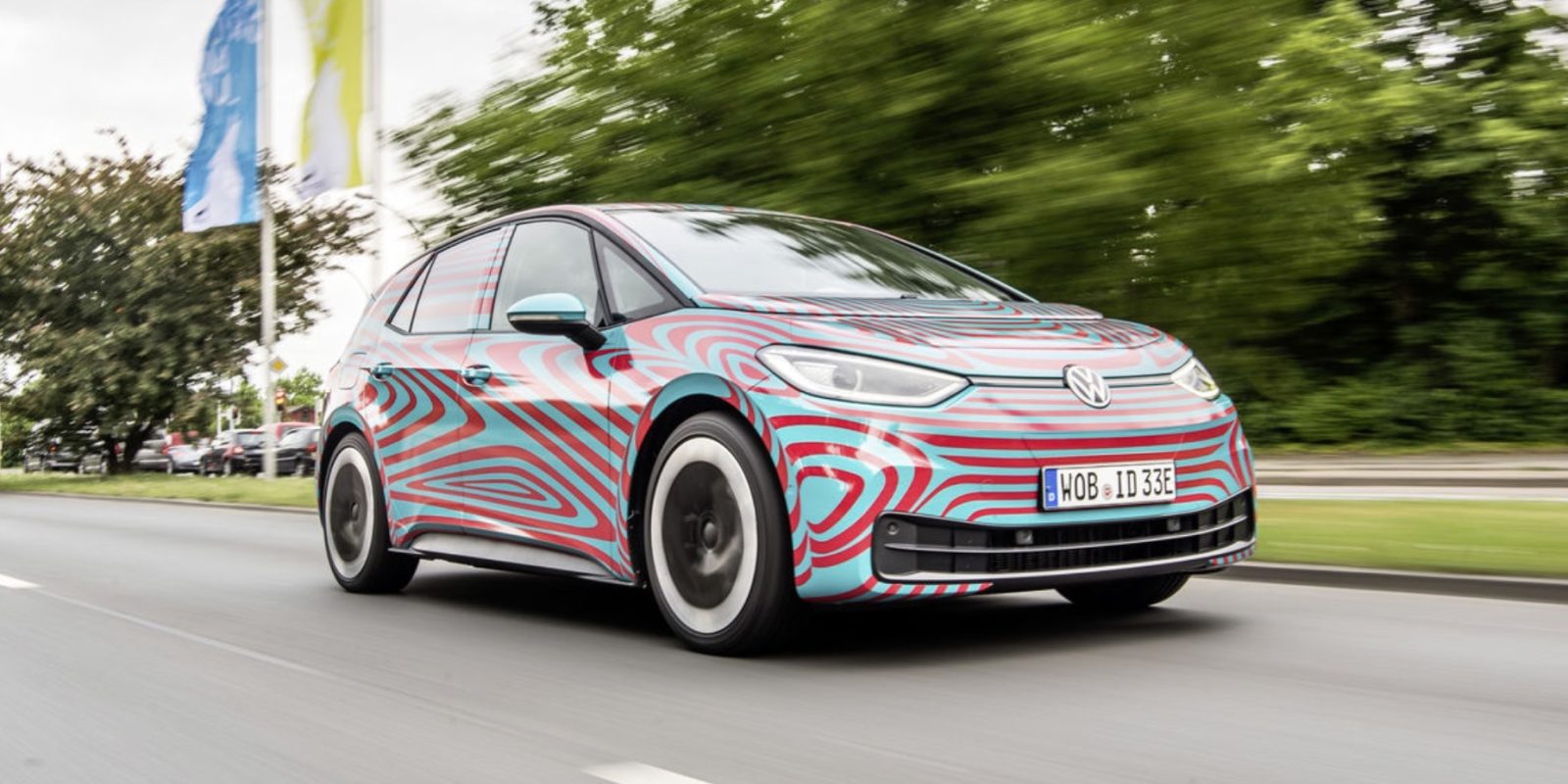 Volkswagen confirmed that it’s going to unveil the ID3, its first electric car built on the MEB platform, next week, and the automaker compares the importance to the launch of the Golf and the Beetle — two vehicles that have been game changers in the auto industry.

We have been seeing camouflaged prototypes of the ID3 for years now, but we have yet to see exactly what the production version looks like.

VW announced today that it will unveil the production version of the ID3 next ahead of the Frankfurt Motor Show (IAA) and the electric vehicle will be displayed at the show from September 10-22.

In a press release today, Volkswagen compared the launch of the vehicle to the Beetle and the Golf:

The ID.3 follows the Beetle and the Golf to introduce the third major chapter of strategic importance for the history of the Volkswagen brand. Back in mid-May, Volkswagen enjoyed a successful launch taking pre-bookings for the ID.3 1st Edition, an exclusive special edition boasting fantastic levels of equipment, limited to a run of just 30,000 vehicles.

Volkswagen says that it will be equipped with the medium-size battery pack option that has a capacity of 58 kWh for a range of 420 km (261 miles) based on the WLTP standard.

The regular production version of the ID.3 will be offered with three different battery pack options.

The 58 kWh represents the mid-range option, and VW will also offer 45 and 77 kWh battery packs:

It represents between 205 and 342 miles of range based on the WLTP standard, which is known to be a little too generous.

The EPA-rated range should be closer to 185 to 310 miles of range, but it’s irrelevant since it doesn’t look like VW currently has plans to launch the vehicle in the US.

Nonetheless, it’s expected to be an important all-electric vehicle in other markets due to its price.

VW confirmed that they are targeting a based price of “less than €30,000” in Germany, where they need to advertise with the price including VAT.

After incentives, it is expected to be one of the most affordable long-range electric cars on the market.

I would agree that it is as important as the Beetle and the Golf for VW because I think they literally need the car to save the company.

Without mass-produced electric cars, legacy automakers are going to fail.

The VW ID3 is definitely going to be a mass-produced electric car.

It’s going to be produced at VW’s Zwickau factory, which is being completely converted to electric vehicle production within the next two years.

Of course, the vehicle still needs to be good, but I am optimistic. I think it will be, but we will know for sure in just a few days.