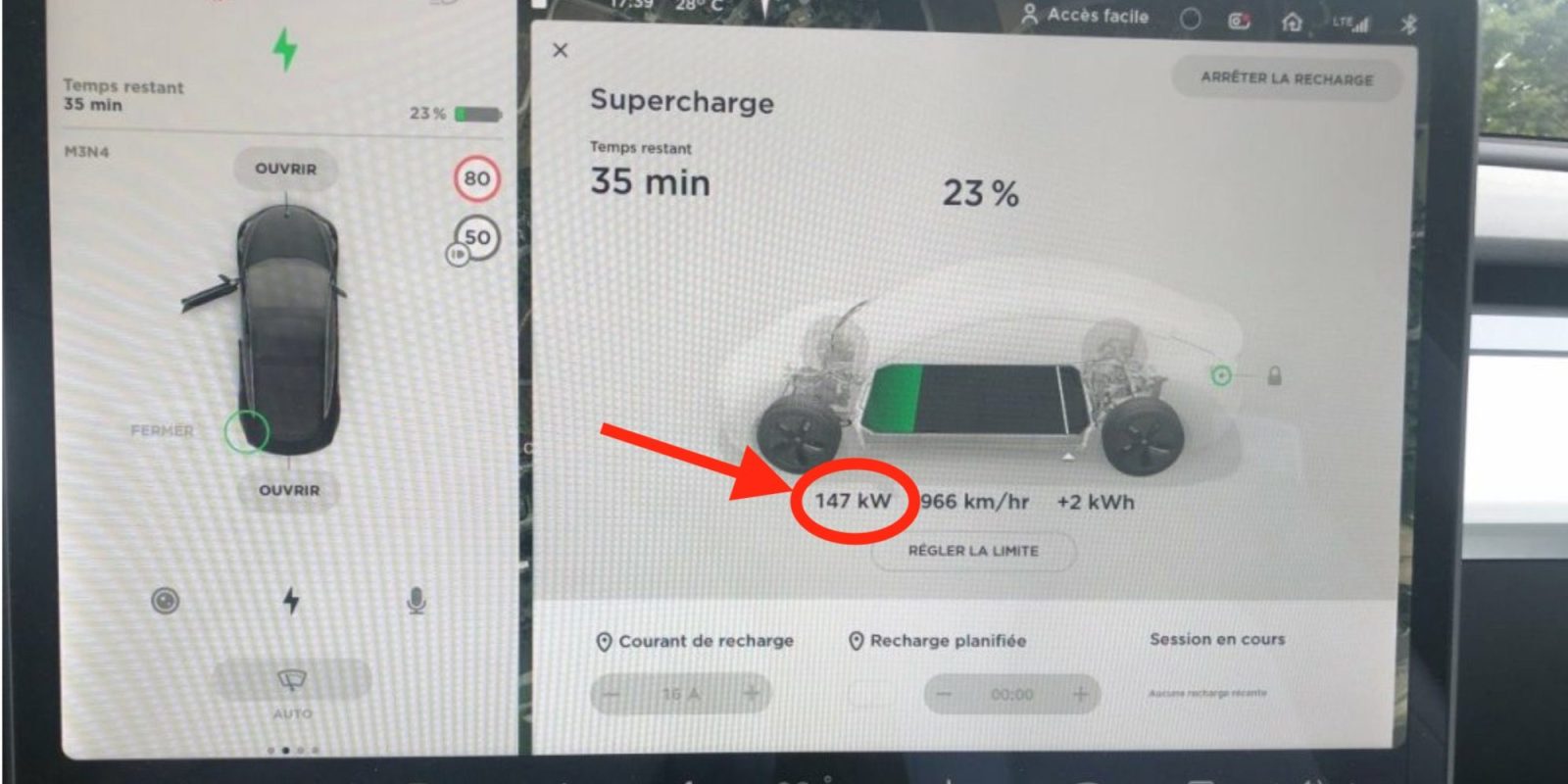 Tesla has started increasing the power capacity of its Supercharger station in Europe after updating its fast-charging network earlier this year.

But along with the new generation Supercharger that Tesla is slowly deploying, the automaker also launched a few interesting new features related to charging.

Most notably, there’s the new On-Route Battery Warmup. It automatically thermally prepares a battery pack ahead of arriving at a Supercharger if it has been entered in the navigation system in order to be able to achieve the peak charge rate faster and for the longest time once at the Supercharger station.

But the automaker also determined that they can pull more power out of their Supercharger V2, which consists of most Supercharger stations deployed around the world.

At first, Tesla was talking about increasing the output from 120 kW to 145 kW, but when it introduced the update in the US, it ended up pushing the capacity to 150 kW.

Now the automaker has confirmed bringing the same update to its European Supercharger stations:

Voilà, we’ve unlocked even more power in our European Superchargers.

Now Tesla’s vehicles can charge at up to 150 kW at more than 400 Supercharger stations in Europe.

The automaker is also planning to bring its Supercharger V3 in Europe, but it has yet to deploy the new and more powerful charger on the old continent.

Tesla already had the best fast-charging network in the world, and then they make it even better through an over-the-air software update.

To be fair, it’s not better for everyone, like older Tesla Model S and Model X vehicles, but it’s a significant improvement for most Tesla owners.