The Chevy Bolt EV 2020 is getting a slight range upgrade from 238 miles to 259 miles of range, according to an update from the Environmental Protection Agency (EPA).

Over the last three years since the Bolt EV has been on the market, the electric car hasn’t received any significant upgrade.

Now the Bolt EV is finally getting a more significant upgrade, according to the EPA, which is responsible for rating the electric car range in the US.

The EPA added an early update for the “2020 Chevrolet Bolt EV,” and it lists the electric car with a range of 259 miles on a single charge: 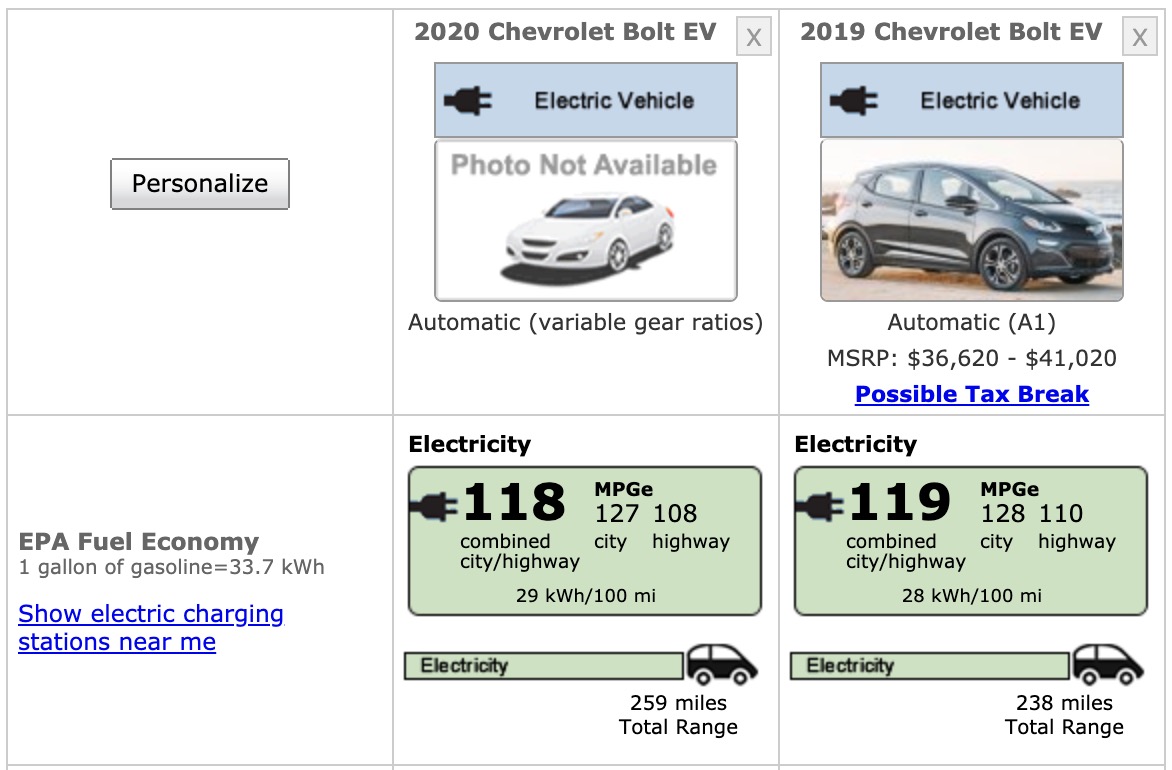 The update also shows a change in efficiency with estimated MPGe of 118 combined (127 MPGe in the city and 108 MPGe on highway).

According to the EPA, the new version of the Bolt EV now uses 29 kWh to travel 100 miles, on average.

It would put the total usable capacity of the new Bolt EV’s battery pack closer to 75 kWh.

Ever since launching the Bolt EV in 2016, Chevy has been listing the battery pack of the Bolt EV at 60 kWh.

We contacted GM about the EPA update and we will update if we get an answer from the automaker with more details about the changes enabling this range increase.

However, the range was never the biggest concerned with the Bolt EV and some owners already often reported being able to beat the EPA range.

I think that a DC fast-charging speed upgrade would be what the 2020 Bolt EV need the most, but it might still be in the cards.

If this range upgrade is enabled through a battery pack upgrade, it’s very likely that the new and higher capacity pack would be able to take a higher charge rate.

Don’t take me wrong though, I’d also take the range upgrade, especially if they can maintain the price – or even lower it since the federal tax credit for GM started to phase out.

I am also still holding onto the hope of design refresh because I am not the biggest fan of the Bolt EV’s design, but I know other pople