We reached out to some Tesla Model 3 owners with a lot of mileage on their electric cars already, over 100,000 km, to get their feedback.

They are still impressed with their Model 3s and love the low maintenance and gas savings.

Tesla has been delivering the Model 3 for two years now — though the volume for the first 6 months or so was low and mostly to Tesla employees.

Therefore, there are not that many high mileage Model 3 vehicles in the hands of customers, but some of them have managed to get put a lot of miles on their cars in a short period of time.

Kris Westover reserved his Model 3 the day of the unveiling on March 31st, 2016 and took delivery of a blue Long Range rear-wheel-drive Model 3 two years later.

Most surprisingly, Westover changed his job to drive his Model 3 even more:

“Once I started driving it, I knew I wanted to drive it more and introduce the tech to others, so I began driving it for Uber/Lyft. Part-time became full-time as I quit my job to do just that. It’s been amazing. Thru the past year, I’ve given around 4000 rides. I’ve likely sold hundreds of Tesla’s with thousands in the works as nearly every passenger gets out of the car super excited to buy one as their next car (tho I never did use my referral code), and the gospel of EVs and AP keep spreading every trip I take people on.”

Of course, what people want to know is how the Model 3 is holding up after over 69,000 miles in less than two years.

“Through all this, I’ve brought her in for 1x routine scheduled maintenance (check-up), I’ve had 2 sets of tires replaced (1 due to punctures, the other to wear after 30k mi.) A windshield replaced. One Side camera the rear camera and a front sensor replaced under warranty for faults. No problems since. Overall, it seems like it will be an extremely low maintenance vehicle! At over $60k I can genuinely say, it’s the first vehicle I’ve ever bought (out of many), where I’ve never felt buyers remorse!”

We also talked to Rob Spreitzer, who was amongst the first people to take delivery of a Model 3 in Canada.

He also reserved it during the first day reservations opened back in March 2016 and he took delivery in early June 2018. 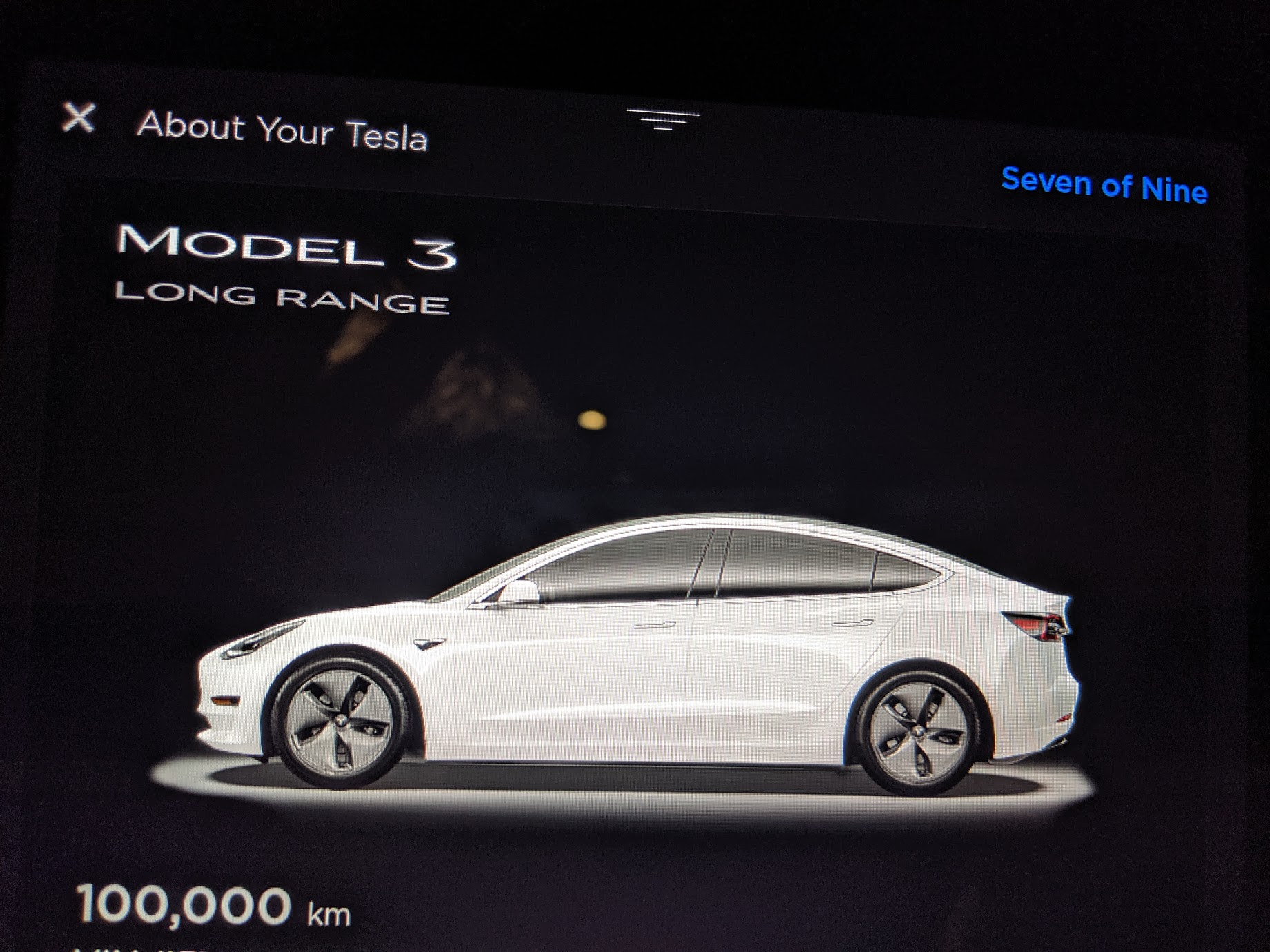 He ran into a few more issues with his Model 3 than Westover had with similar mileage, but nothing too major:

On the maintenance side, the Model 3 impresses again with just a change of tires at 61,000 km and some washer fluid top-ups.

With the high mileage, Spreitzer thinks that his Model 3 will pay for itself in gas savings over 10 years:

“Effortless power, intuitive user interface, amazingly fast Supercharging, easily the best vehicle I’ve ever driven. Depending on how much you drive, it’s actually cheaper to purchase and drive a brand new Model 3 RWD over 10 years than a used Mitsubishi Mirage. In my case, the car pays 100% for itself when only factoring in fuel savings vs a comparable V6 gasoline car.”

We reported earlier this month on Tesla’s plan for a major new R&D lab and vehicle testing facility to improve reliability.

These owners both appear to still love their cars over a year later with more than 100,000 km.

They did run into some issues, but you also have to keep in mind that those were earlier versions of the Model 3 and I believe that Tesla greatly improved quality of the vehicle over the last year.

I myself have yet to have any problem with my one-year-old Model 3 Performance — though to be fair it only has 8,866 km on the odometer.

I don’t think we are at the level of reliability that Elon is talking about, but I can see a path to that now.

If you have a high mileage Tesla Model 3, or any electric vehicle for that matter, don’t hesitate to reach out via email fred@9to5mac.com or you can let us know about your experience in the comment section below.