Someone decided to hack off the back of a Tesla Model S to create a sort of all-electric El Camino pickup and they went drifting with it.

You might remember from a few months ago when we reported on ‘Truckla’, a Model 3 turned into a makeshift Tesla pickup truck.

This is like a poor man’s version of ‘Truckla’.

When I say “poor man”, it’s in comparison to the Truckla because you still need to have a decent chunk of cash to pull off what these guys did with the ‘Teslamino’ — yes that’s the name. They win against Truckla on the name at least.

Eddy Borysewicz worked with electric car conversion company EV West to take a damaged Tesla Model S and hack off the back to make a pickup truck out of it.

They wanted an all-electric vehicle to carry their dirt bikes into the desert and that’s what they came up with:

While Simone Giertz and her team took the time to reinforce the structure after chopping off the roof of the Model 3 and then finished the bed and back of the Truckla cabin, the guys behind Teslamino didn’t bother to do any of that to the Model S.

They literally just left the back completely open: 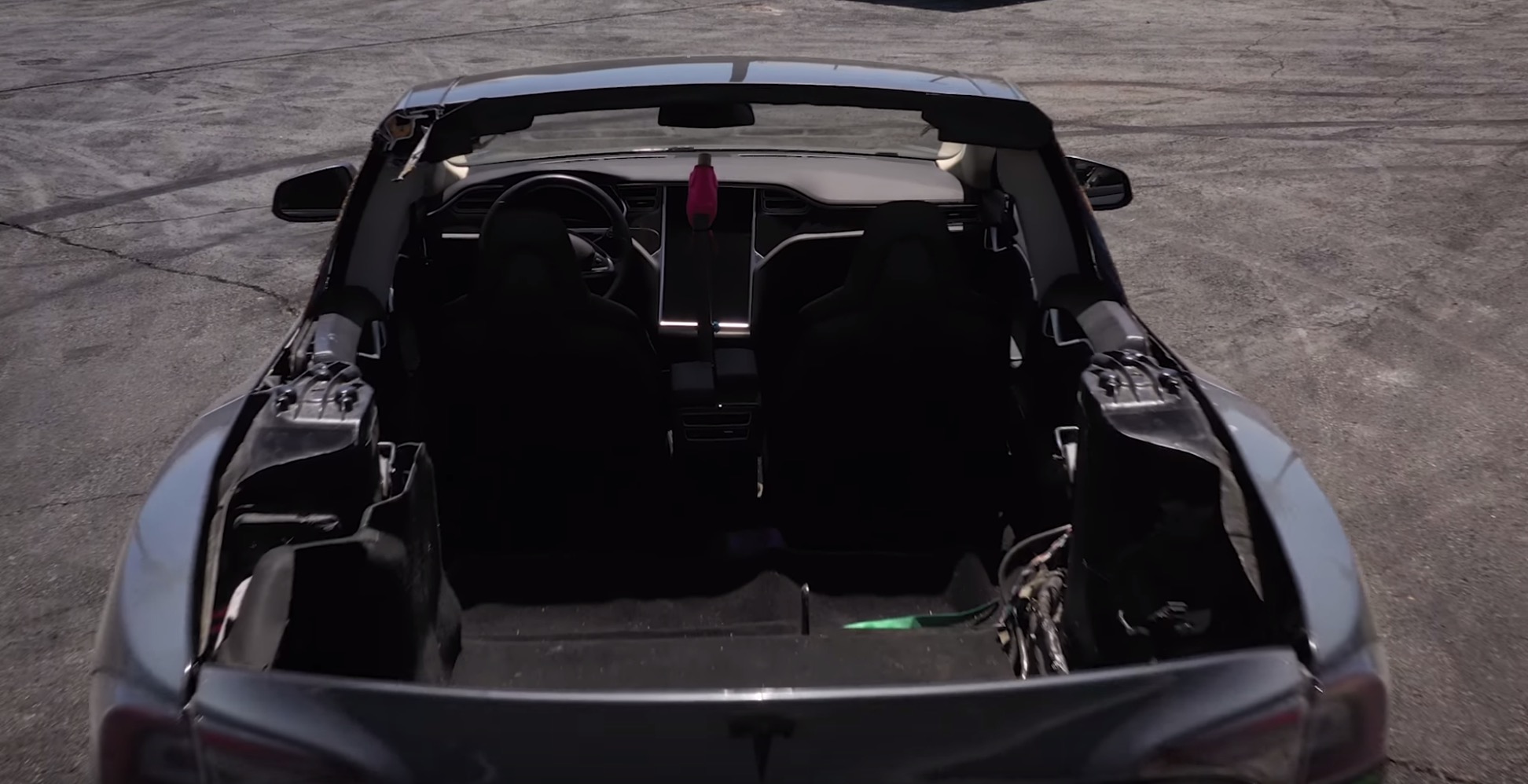 But they didn’t completely forget about aerodynamic performance and structural integrity because they added diaper box cutouts on the sides where the rear windows would be: 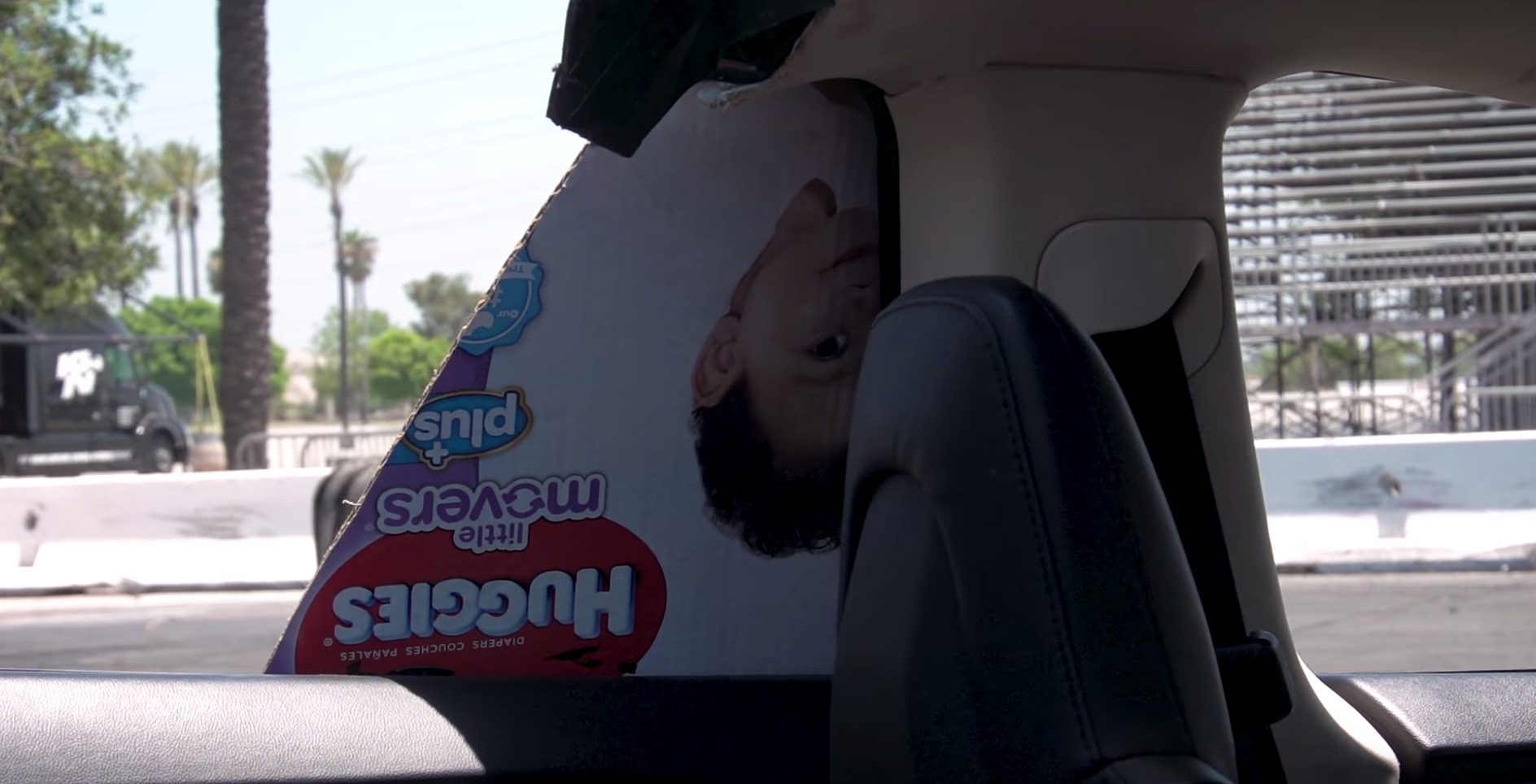 Borysewicz showed Teslamino to the Hoonigan Daily Transmission YouTube channel and they even took the car drifting.

Obviously, I am just joking around. You can do whatever you want with your Tesla and I actually think this is pretty cool if they are replacing their gas-guzzling pickup truck to carry around their dirt bikes.

I think I’ll wait for my Rivian R1T order before hacking off the back of my Model S but to each their own.

What do you think of this project? Let us know in the comment section below.