The first Tesla Pickup truck is here – sort of

Simone Giertz, a YouTuber better known for making “shitty robots”, wanted an electric pickup truck, especially a Tesla pickup truck, but she didn’t want to wait the few more years it will take for the automaker to bring it to market.

Instead, she bought a Model 3 and enlisted a bunch of friends to help her convert the car into a pickup truck.

You might be asking yourself “why not make it out of a Model S or Model X?” which are bigger than the Model 3 and probably more suited as a platform for a pickup truck. They decided to use the Model 3 for its (mainly) steel body, which is easier to modify than the aluminum bodies found on Model S and Model X.

As you can imagine, it’s not as simple as cutting the top back half of the Model 3.

The roof is actually an important structural part of the vehicle and they needed to make sure to weld in some new support structure after breaking it down. 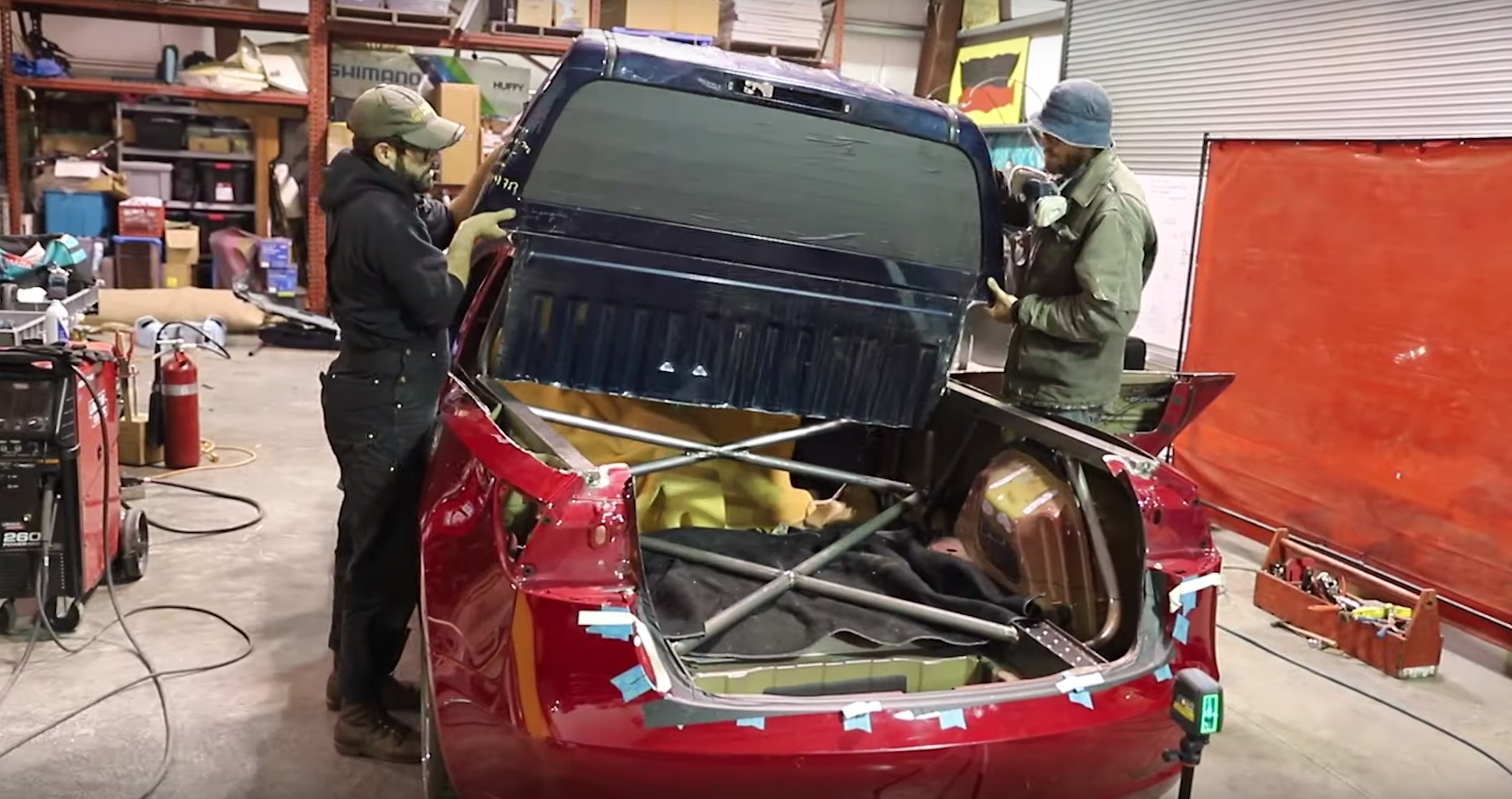 For the bed and roof rack, they used parts from older Ford and Chevy trucks.

Also, Tesla vehicles are highly connected and they throw up a bunch of error messages when you remove a lot of parts like this.

Fortunately, they had the help of Rich Benoit from Rich Rebuilds who has a lot of experience working with salvaged Tesla vehicles.

They managed to make the Tesla pickup truck “fully driveable” and used it for a fake commercial:

The vehicle looks quite good – at least in the video and press pictures that Giertz sent out – but it’s still not done.

It looks like Giertz is serious about making this her main daily driver vehicle and they plan to keep working on it.

Here’s the build video of what we could consider to be the first functional Tesla pickup truck:

That’s a super cool project and the video is a ton of fun to watch. We’ve been huge Simone Giertz fans for a long time now. This quote is gold:

“My goal is to never own a gas car,” Giertz said. “I’m a part of a new generation of drivers that will only drive electric. I feel like I should pad this a little bit, but I’m not going to. Fuck oil companies. Seriously, fuck them.”

It leaves me wanting to know a lot more though. I want to know how it changed the weight of the Model 3 and how bad it affects aerodynamic performance – and ultimately the range of the vehicle.

Also, what about Autopilot? It looks like most of the Autopilot sensors are unaffected by the modifications.

In terms of functionality, they would have probably been better off with adding a tow hitch, a trailer, and a roof rack to the Model 3, but that would have been no fun!

I’m jealous. I want a Truckla too now.