Tesla found to be ‘misleading’ with safety claims, NHTSA says

Tesla has consistently scored extremely well on NHTSA’s safety tests, but the agency doesn’t like how Tesla is presenting the results.

NHTSA found Tesla to be “misleading” with safety claims related to the Model 3 last year.

In September 2018, the US National Highway Traffic Safety Administration (NHTSA) released its Tesla Model 3 crash test results, and the EV got five-star safety ratings in every category.

Tesla interpreted the data from the test and claimed that Model 3 achieved “the lowest probability of injury of any vehicle ever tested by NHTSA“:

Based on the advanced architecture of Model S and Model X, which were previously found by the National Highway Traffic Safety Administration (NHTSA) to have the lowest and second lowest probabilities of injury of all cars ever tested, we engineered Model 3 to be the safest car ever built. Now, not only has Model 3 achieved a perfect 5-star safety rating in every category and sub-category, but NHTSA’s tests also show that it has the lowest probability of injury of all cars the safety agency has ever tested.

Tesla made this chart out of the NHTSA probability of injury data: 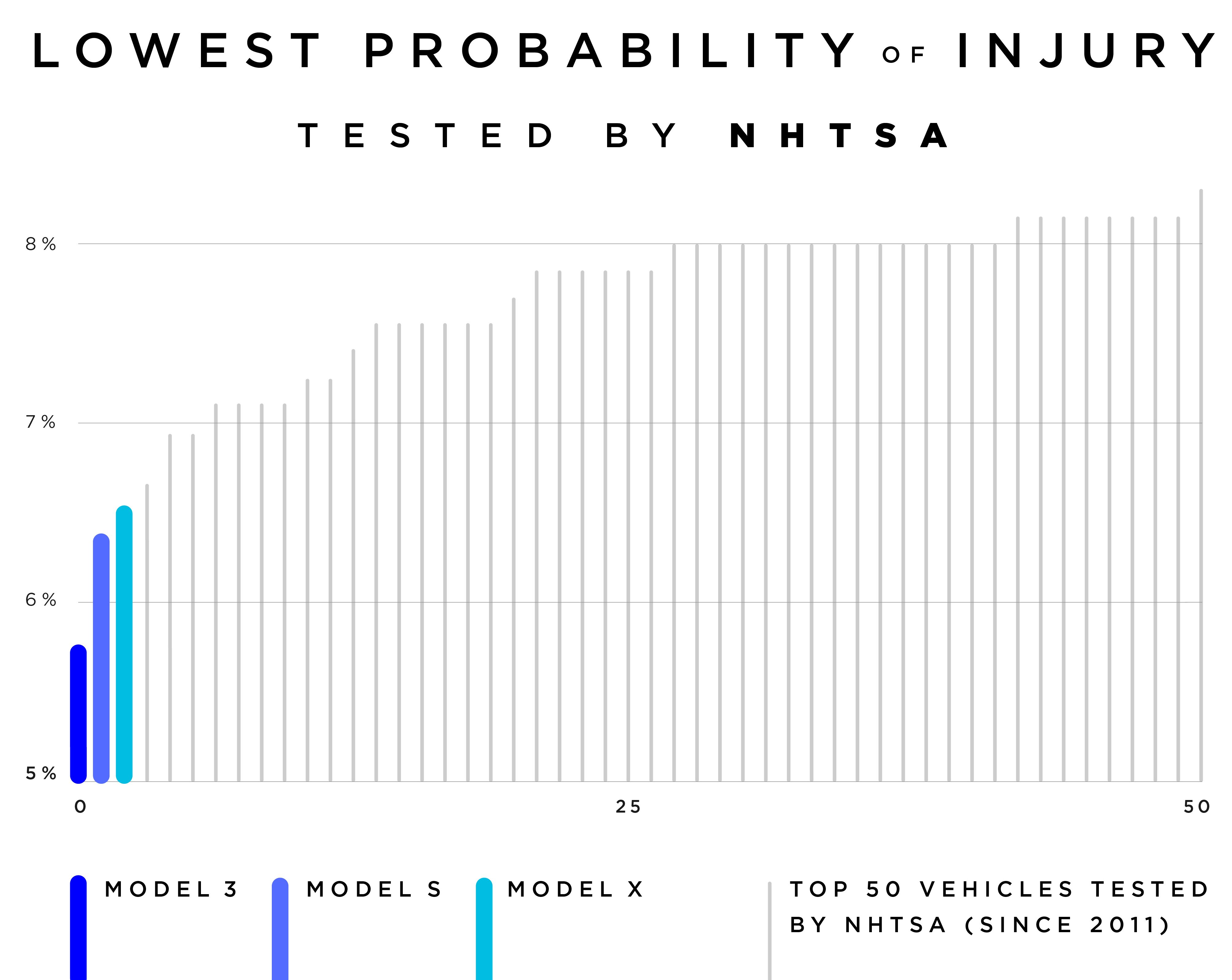 NHTSA didn’t like how Tesla was representing the data, and based on documents released through a Freedom of Information Act request made by Plainsite, the agency sent Tesla a cease and desist over the claims:

Very unusual that the cease and desist went *directly* to Elon Musk, not counsel for Tesla. There's no plausible deniability. pic.twitter.com/L8wy9lBerG

Plainsite’s Freedom of Information Act requests with NHTSA have also shown that the agency has been consistently probing Tesla regarding accidents involving Autopilot.

As for the Model 3 safety claims, Tesla’s deputy general counsel, Al Prescott, wrote in a reply that they disagreed about being misleading:

Tesla has provided consumers with fair and objective information to compare the relative safety of vehicles having 5-star overall ratings.

It’s not the first time that NHTSA is not happy about how Tesla presents its safety ratings. The automaker previously claimed that NHTSA’s Model S crash test results showed that the electric car achieved a 5.4-star rating, while the agency insists that its rating system stops at 5 stars.

All this stuff appears to be semantics. I don’t think NHTSA is claiming in any way that Tesla’s claims are false.

Model 3 may well have achieved “the lowest probability of injury of any vehicle ever tested by NHTSA” based on their data.

However, NHTSA only wants automakers to advertise their safety ratings through its more simplistic 5-star rating system.

That’s why they didn’t like Tesla claiming 5.4-star or “lowest probability of injury” by looking deeper into the data.

I don’t see the NHTSA’s point. If they provide this data to the automakers and they used it accurately, it shouldn’t be an issue. I have yet to clearly see NHTSA saying that Tesla has misinterpreted the data.