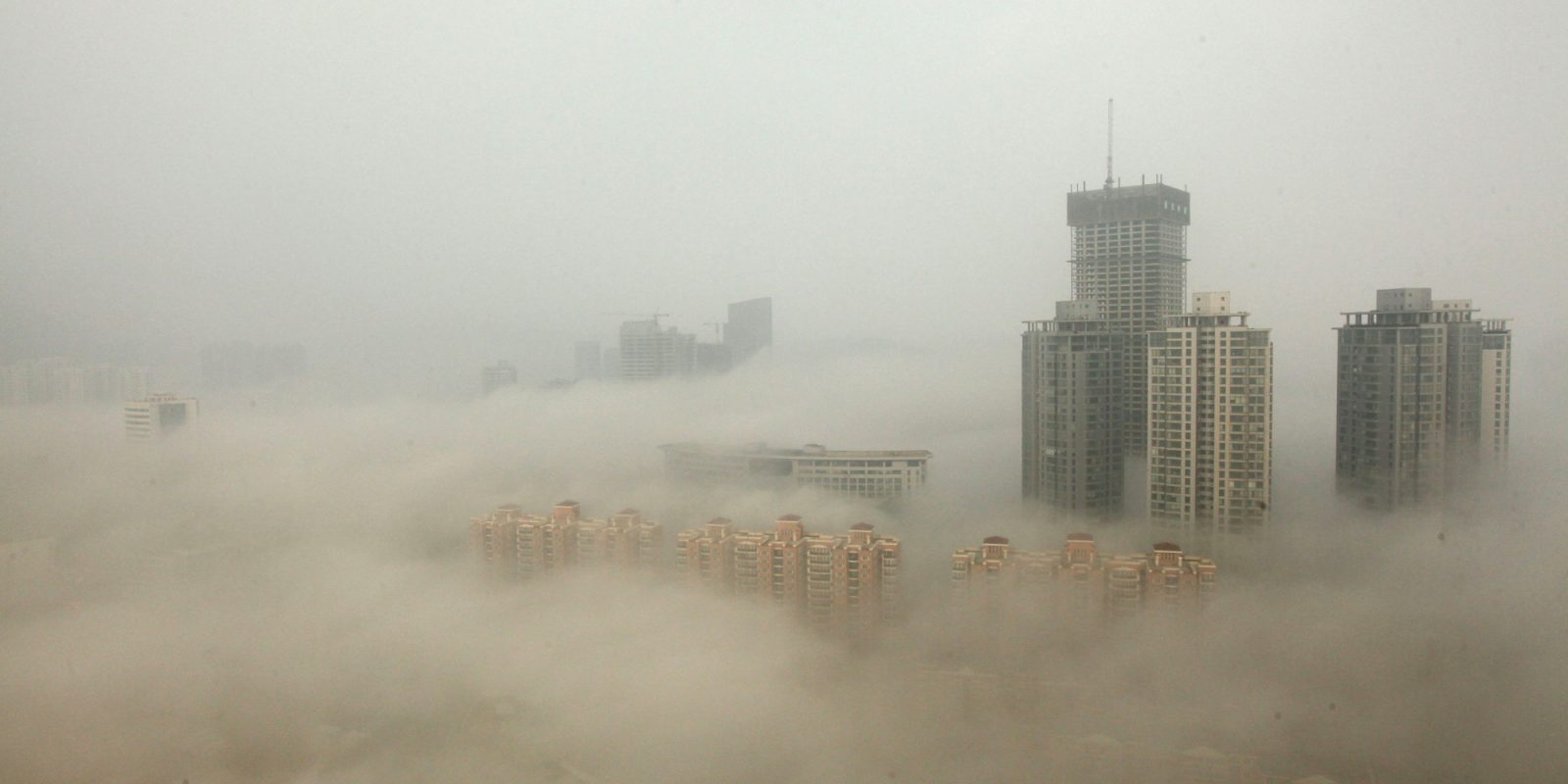 China is the “world’s largest consumer of solar power,” according to the World Economic Forum (WEF). But the country’s coal-burning history, which drove its rapid economic expansion, has created terrible air pollution.

The air pollution is hindering the country’s solar power. According to a study published in Nature Energy:

China’s PV capacity is expected to reach at least 400 GW by 2030, to provide 10% of its primary energy. However, anthropogenic aerosol emissions and changes in cloud cover affect solar radiation in China.

But, as the study continues, there’s a way to reverse this problem:

The relationship between observed surface radiation and emissions of sulfur dioxide and black carbon suggests that strict air pollution control measures, combined with reduced fossil fuel consumption, would allow surface radiation to increase… The corresponding economic benefits could amount to US $1.9 billion in 2016 and US $4.6–$6.7 billion in 2030.

Air pollution is the No. 4 cause of death in the world, according to the World Health Organization. It kills more than 7 million people per year. According to the WEF, “China has the world’s second-highest number of pollution-related deaths, after India.”

Green technology continues to grow in the US, but it’s not without its setbacks. As UPI explains, “There’s a power struggle for control of the electricity market — between customers and vendors of solar power and utilities that deliver and sell volts to the masses.” Net metering is growing in popularity, but not everyone is embracing it. UPI continues:

Many utilities … have no incentive to offer a full 1-to-1 buyback rate for their excess solar electricity — and critics say that poses a major obstacle to the green movement. Because the power industry has the third-largest lobby in the United States, politics is another roadblock. The industry spent $2.4 billion between 1998 and 2018 lobbying lawmakers and regulators to suppress renewable sources.

But there is progress. Some providers in several states have discontinued net metering. But in Texas, for example, where there are no statewide mandatory rules, solar power has increased by 50% in the past year alone. Thirty-eight states have mandatory net metering rules. Check out this cool interactive map of net metering policies and incentives from the Database of State Incentives for Renewables & Efficiency.

Forbes rightly points out that the tourism industry is responsible for 8% of global greenhouse gas emissions. “Airlines alone are the single largest source of carbon emissions for the last three years, with CO2 emissions by U.S. airlines increasing more than 3% in 2018.” Yet according to a booking.com 2018 report, 87% of global travelers want to travel sustainably.

So Forbes made a list of 50 travel companies trying to get their green act together. Here are five standouts:

Airbnb: The home-sharing service encourages hosts to be eco-friendly, and it pays off with customers. 88% of Airbnb hosts around the world incorporate green practices into their rental properties, ranging from composting to using eco-friendly cleaning products and providing bikes.

Air Canada: Air Canada is working towards lighter planes taking shorter flights using alternative fuels, which would greatly reduce the carbon emissions. It also recycles as much as possible, including reusing and donating old uniforms instead of throwing them away.

Hilton Hotels: Hilton recently began an aggressive program to cut its footprint in half by 2030. It also plans to double its social impact investments, including sourcing from local suppliers.

MGM Resorts International: MGM is partnering with an energy company to build a large solar farm near Las Vegas, which will produce enough renewable energy to power its 13 properties in the area. The solar panels should be active by the end of 2020.

Virgin Atlantic: The innovative airline is partnering with manufacturers and tech companies to create a jet fuel that will create 50% less carbon than fossil fuels.

Waste not while moving house

Niellah Arboine at Bustle put together a list of how to relocate in a more sustainable way. And if you think about it, this makes perfect sense — think about the mountain of packing materials! Here are her tips: