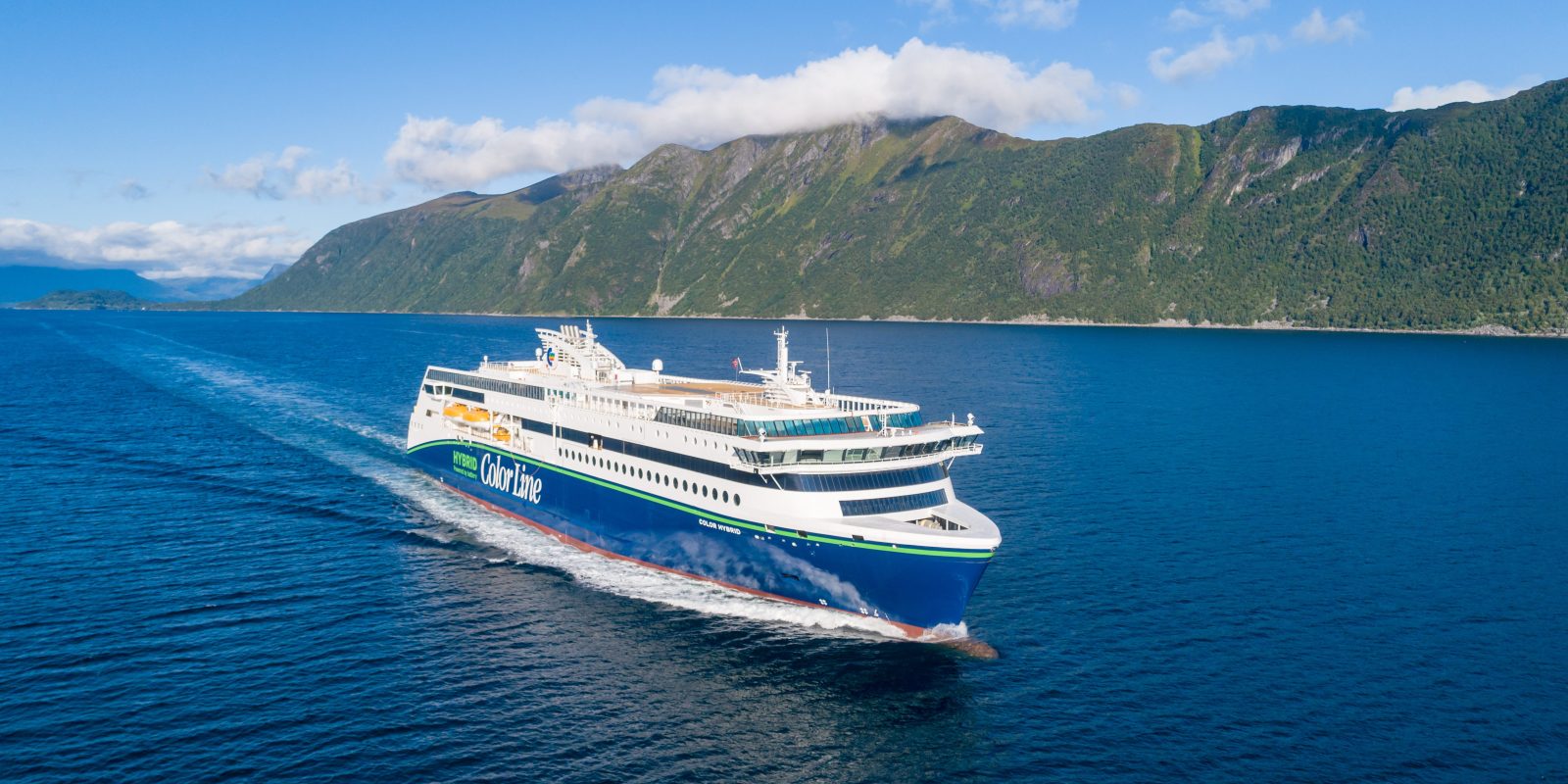 The world’s largest plug-in hybrid ship has hit the water for the first time with a massive battery capacity equivalent to 50 Tesla battery packs.

We have already seen ships going all-electric, but they are mainly ferries operating over short distances.

The operators of the first all-electric ferry in Norway, the ‘Ampere’, reported some impressive statistics after operating the ship for over two years. They claim that the all-electric ferry cuts emissions by 95% and costs by 80%.

Many more ferries have gone electric and more are being ordered.

We reported on a mega yacht going electric with a plug-in hybrid powertrain just earlier this week.

Now we are seeing a much bigger ship getting a similar, although supersized, plug-in hybrid powertrain.

Color Line, a cruise-ferry line operator in Norway, took delivery today of what they believe is “the world’s largest plug-in hybrid ship”, the M/S Color Hybrid:

“Color Hybrid employs new solutions to reduce noise and emissions. The ship is a plug-in hybrid, and its five-megawatt hour batteries are charged via a power cable with environmentally friendly power from shore power plants on the quay in Sandefjord. The ship will sail in and out of the Sandefjord fjord virtually silently and without emissions of harmful environmental gases, or nitrogen and sulfur compounds to the air in the area.”

Along with the battery pack, which alone weighs 65 tons,  the ship has “a large heating reservoir of 5 megawatt-hour capacity that utilizes waste heat from both the engine cooling water cycle and exhaust gases for heating purposes onboard.”

It’s installed in a 160 meter-long ship with a capacity of 2,000 passengers and around 500 cars. It will provide “significantly increased capacity on the route between Norway and Sweden.”

Color Hybrid is part of Norway’s effort to reduce emissions in all of its sectors.

The country is already leading in electric car adoption, but it is also making great progress in the deployment of electric powertrains in maritime transport, like this new massive plug-in hybrid ship, and even in electric air transport.