Tesla (TSLA) is set to announce its second-quarter 2019 financial results tomorrow, Wednesday, July 24, after the markets close. As usual, a conference call and Q&A with Tesla’s management is set, following the results. This time it’s going to be an hour later than usual: 3:30 p.m. PT (6:30 p.m. ET).

It’s an important increase year-over-year, but more importantly, it reverses the decline in the first quarter when Tesla produced 77,100 vehicles and delivered 63,000 vehicles.

In the second quarter, Tesla not only went back to growth, but it also beat its previous delivery record of 90,700 vehicles delivered in Q4 2018.

Wall Street’s revenue consensus for Tesla during the second quarter is $6.375 billion and Estimize, the financial estimate crowdsourcing website, predicts a slightly higher revenue of $6.561 billion.

Of course, they are both predicting an important increase from the last quarter, when Tesla made $4.5 billion after the large delivery decrease. 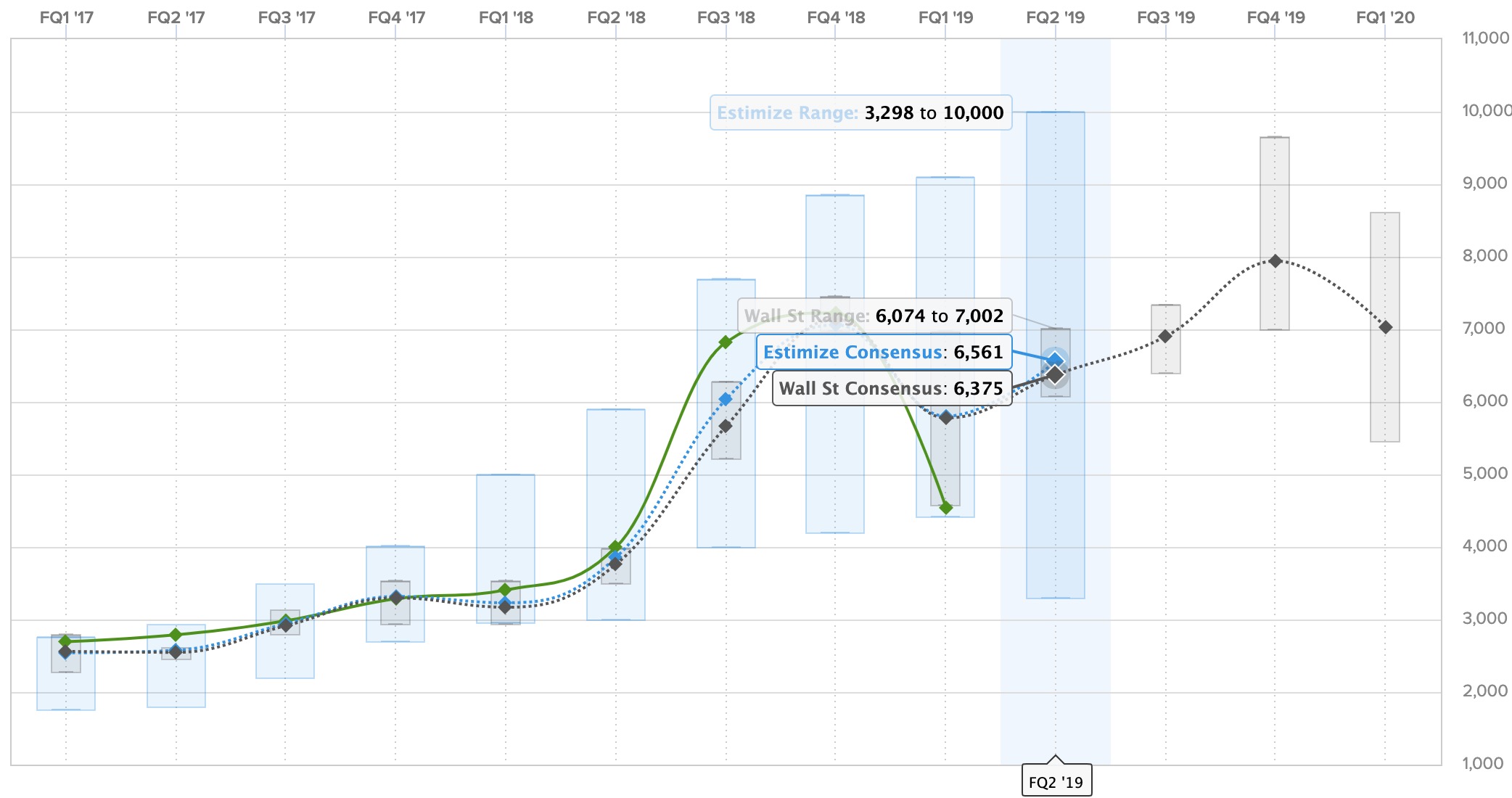 The Wall Street consensus is a loss of $0.54 per share for the quarter, while Estimize’s prediction is a much smaller loss of $0.28 per share. 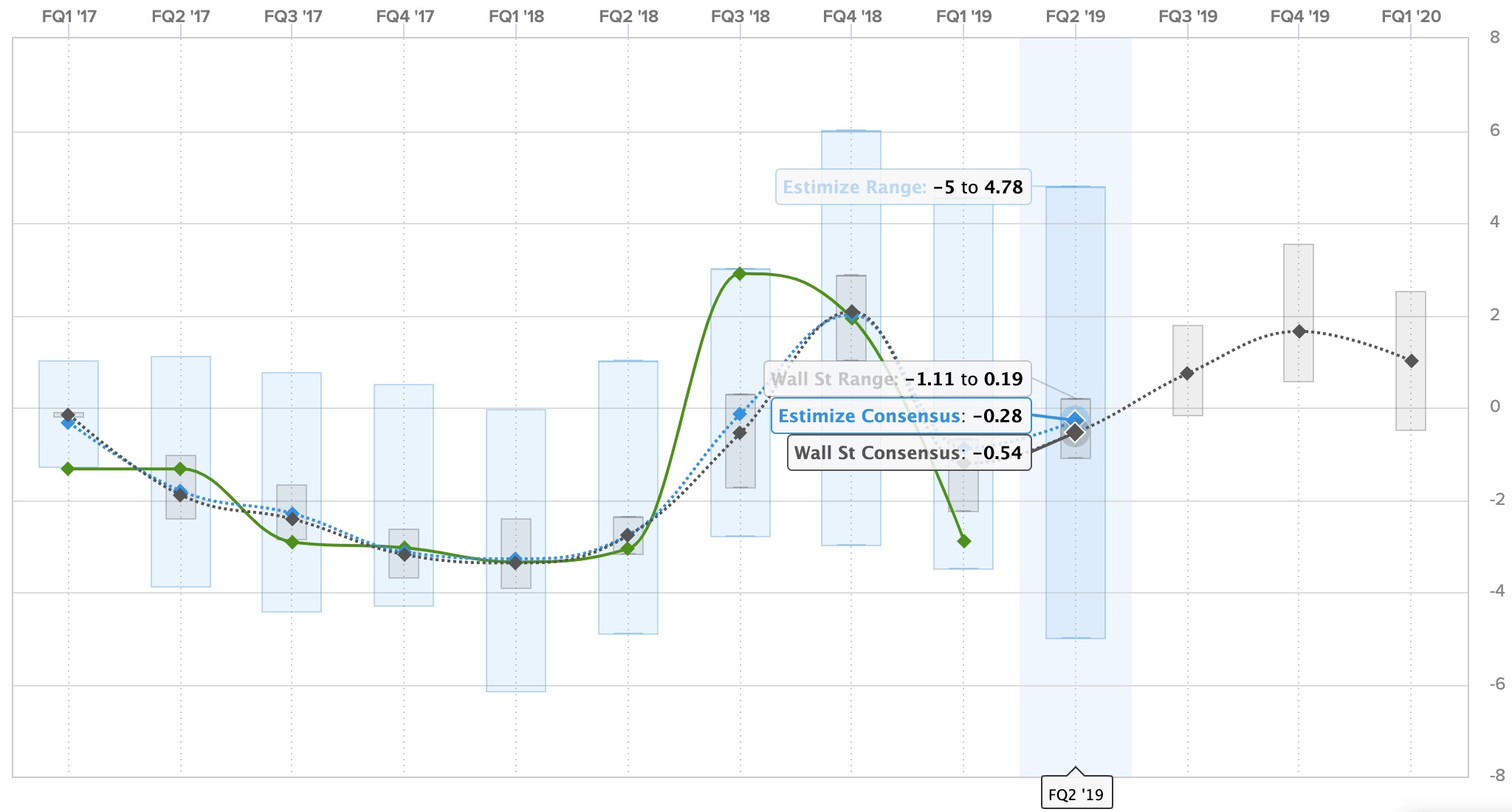 Wall Street is a lot more optimistic than last quarter despite Tesla’s big earnings miss last quarter, but they are still expecting a loss.

Elon tempered expectations this quarter when it comes to earnings — guiding for a slight loss, but that was before Tesla managed to beat its delivery record late in June.

I think Wall Street could get a surprise this quarter.

In my opinion, Estimize is closer to the truth when it comes to the revenue, and Tesla could even beat their earnings estimate.

As for other things to come out of the earnings, I think the market is going to want a better understanding of Tesla’s production plans from Gigafactory 3 progress in China to the situation in Fremont between Model 3 production, preparation for Model Y, and modifications to Model S and Model X production.

I am sure people will try to get more out of Tesla about the integration of Maxwell’s battery technology and Tesla’s own battery cell production, but I assume Elon still wants to keep that under wraps until the “battery and powertrain investor day” later this year.

What about you? What would you like to know from Tesla’s earnings? Let us know in the comments section below and join us tomorrow for all the news to come out of the earnings.

Full disclosure: I am long TSLA.