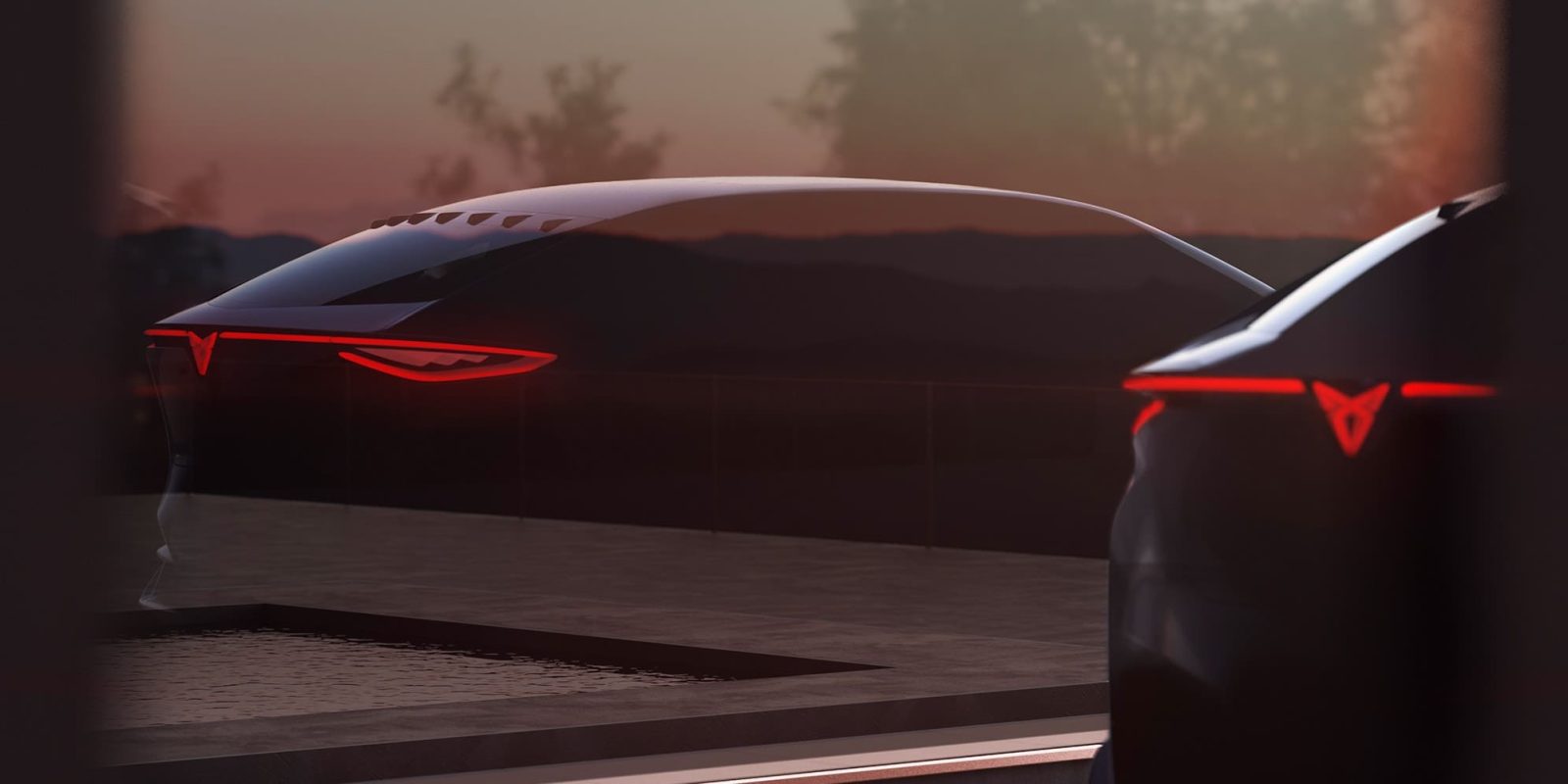 CUPRA has teased its first all-electric vehicle ahead of its official debut at the Frankfurt motor show next month.

CUPRA, the performance sub-brand of SEAT — which is itself a Volkswagen brand — has shown a glimpse of the A-SUVe, a new all-electric concept.

A-SUVe is a four-door crossover with “the stature of an SUV and the sleek lines of a sports coupe.” The lone teaser image shows the car’s rear and roofline.

While just a concept, SEAT’s release notes that the A-SUVe is “the first road CUPRA to use a 100% electric powertrain.” From SEAT:

The vehicle’s exterior mixes uniqueness and sophistication, bringing athletic proportions and a new kind of energy to the segment. The front of the vehicle is a balance of the aesthetic and performance, each vent providing efficiency increases to allow the vehicle to drive further, and its electric personality emphasised by the illuminated CUPRA logo that sits low, providing a focal point for the eyes.

SEAT has already unveiled a few electric cars this year, including the upcoming Mii Electric, and the el-Born electric hatchback, based on Volkswagen’s MEB platform.

It’s not unreasonable to think CUPRA’s new concept previews a production version of the SUV which may be based on the MEB platform, as well. The concept bears a resemblance to VW’s ID. CROZZ concept, which is due to be released as a production EV in the US next year.

SEAT said earlier this year it would be bringing six electric models to market by the start of 2021.