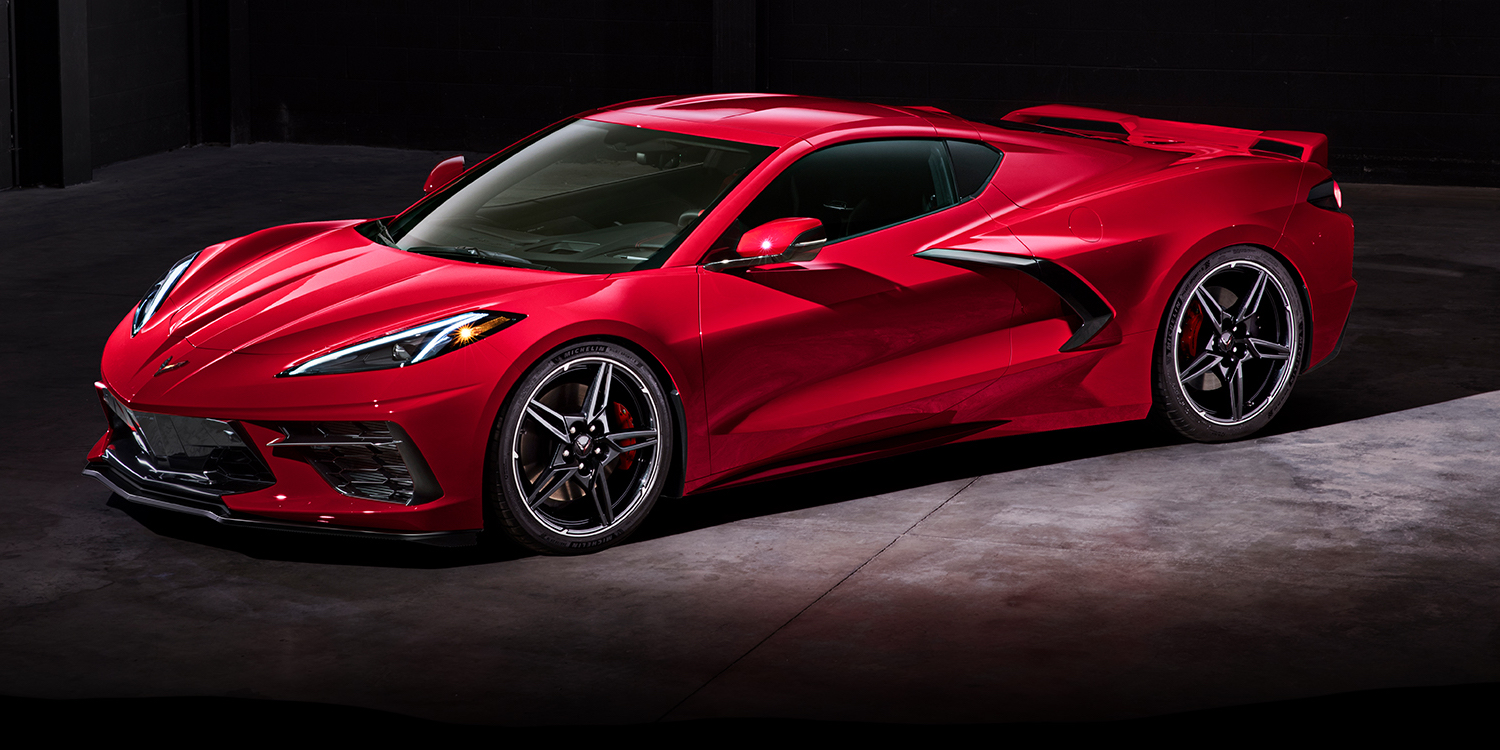 Chevrolet just unveiled its new mid-engine Corvette, the 2020 Stingray, and though it’s an ICE car, comments from GM brass leave the door open for future electric versions of the sports car — possibly even an all-electric version.

Sources at Chevy told Autocar’s Paul Eisenstein that the powertrain does allow for electrification, noting that “mild hybrid, plug-in hybrid and, while less likely, full electric versions were being considered.

Asked if an electrified Corvette might feature a mild hybrid battery-based starter motor, or use a small electric engine to provide four-wheel drive, one project member said: “You would not look stupid if you said that.”

Autocar asked GM President Mark Reuss about the electric possibilities for the new Corvette, and Reuss gave the company boilerplate:

“The company is committed to a strategy of 0-0-0: zero emissions, zero crashes and zero congestion. All of the technology rolling into this vehicle is meant to support that. This platform can carry a lot of different things into the future for General Motors.”

Reuss also said “We’ll see. Stay tuned,” when asked if an all-electric version was being considered.

At the Detroit Auto Show earlier this year, Reuss said hybrids were a “countermeasure” to ICE cars, and GM would shift its focus to all-electric cars.

In June, he said EVs were reaching cost parity with gas cars “sooner than people think.” But then the following week, Reuss went on TV and gave a number of excuses as to why GM won’t start work yet on an electric pickup truck.

This has become a fairly typical thing to say for automakers these days. Any time a new ICE car is introduced, executives field questions about electric versions, and it’s very easy for them to say something like “maybe later” or “we’ll see.” No commitment is necessary. An all-electric Corvette? Sure, who knows?

The mid-engine placement would make a big battery compartment that is a lot more convenient than the current front mounted motor. But the company obviously doesn’t want prospective customers licking their chops for a car that will destroy the car that is now being announced.

Reuss has offered mixed comments on EVs this year. While we wouldn’t dismiss the idea of some type of electric Corvette down the road, this doesn’t tell us much. Autocar says an all-electric version is “less likely” than a hybrid, and we wouldn’t necessarily disagree — but those ongoing comments about GM shifting toward all-electric give us pause.

But what if it did happen? Imagine an electric version of that car up above. It would jump off the line much faster and frankly who would still be talking about the ICE Corvette at that point? Would anyone be more excited about this car than the new Tesla Roadster?