Tesla Semi prototype spotted on highway, maybe without a driver

A Tesla Semi prototype has been spotted driving down the highway in California and some are speculating that there wasn’t a driver at the wheel.

While Tesla has been focusing on self-driving for consumer vehicles, the automaker hasn’t made self-driving a focus when it comes to its Tesla Semi electric truck project.

At the launch in 2017, Tesla has talked about the truck being equipped with the same capabilities as its Autopilot system, but it focused on safety benefits and efficiency gains if used in platooning formation.

Tesla Semi’s goal is to reduce cost and emissions from cargo transport and self-driving trucks would significantly reduce the cost of moving goods around, but it would also eliminate hundreds of thousands of jobs.

Now a video of a Tesla Semi truck prototype driving on the 101 highway in California earlier this year as recently emerged on social media and some claim that there’s no one in the driver’s seat:

Tesla Semi was first supposed to go into production in 2019, but Tesla has recently delayed the launch of the production version until the end of next year.

I seriously doubt that there was no driver.

First off, it would likely be a regulatory issue not to have someone in the driver seat, but secondly, while it’s hard to see, it looks like you can see the reflection of eyes in the video: 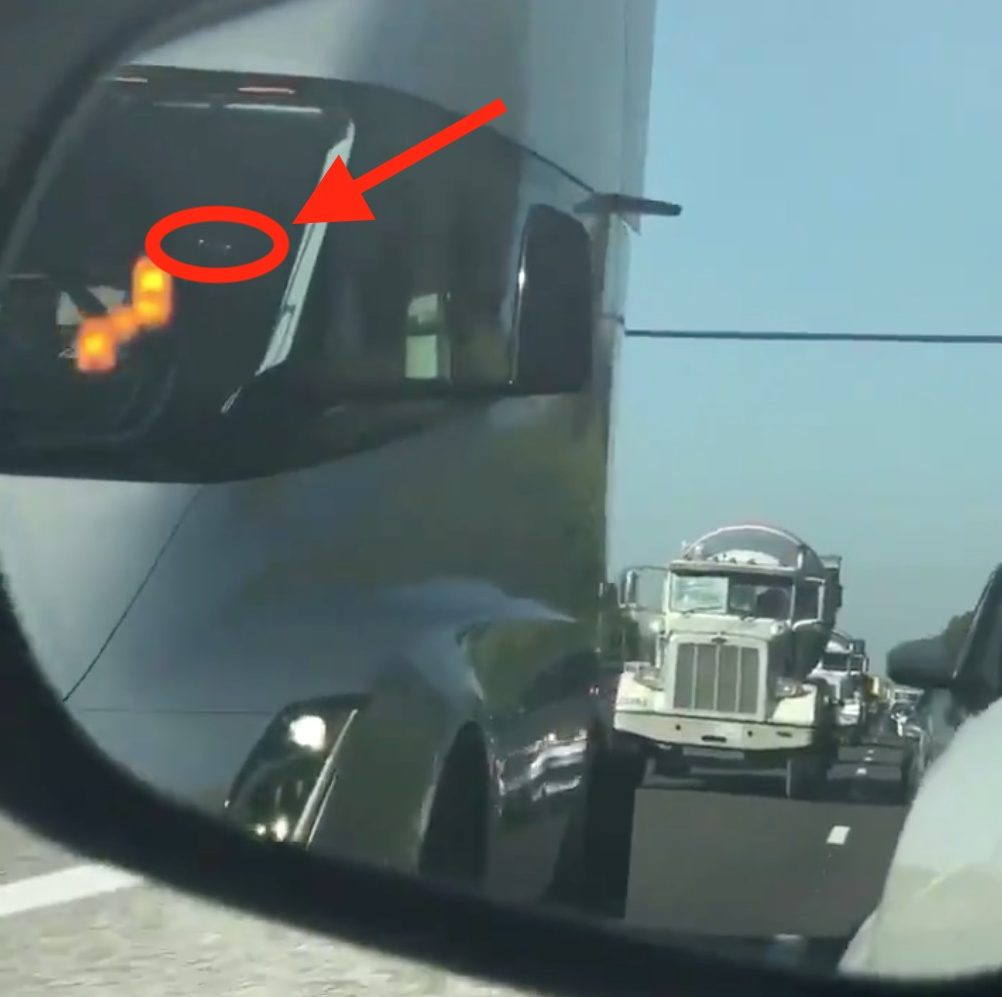 Either way, I’d be curious to hear more about Tesla’s plan to introduce self-driving trucks.

Don’t get me wrong, there’s plenty of benefits to going electric with a driver – both in terms of cost and emission reductions – but the driver is an important part of the cost of operating a truck.

If drivers weren’t involved, it would drastically reduce the cost of operation and if the first fully self-driving truck happens to be electric. it would, in turn, accelerate the adoption of electric trucks and reduce emissions.

I think Tesla might be timid when it comes to talking about full self-driving semi trucks due to the implications of job losses even though the company is clearly working on the technology at the consumer.