US now has over 20,000 electric car charging stations with more than 68,800 connectors

The Department of Energy (DOE) reports that the US now has over 20,000 electric car charging stations with more than 68,800 connectors.

The new numbers were released by the DOE this week:

“As of May 2019, there were more than 68,800 Level 2 and DC fast charging units throughout the United States. Of that total, 16%, or approximately 10,860 units, were DC fast chargers that make long-distance travel more practical for electric vehicles (EV).”

That’s up from ~16,000 public electric vehicle charging stations with ~43,000 connectors in the US two years ago.

Unsurprisingly, the highest number of stations can be found in California, which is the biggest market for electric vehicles in the US by a wide margin.

Florida, Texas, and New York follow close together in that order, but all three states combined don’t have half of California’s charging stations: 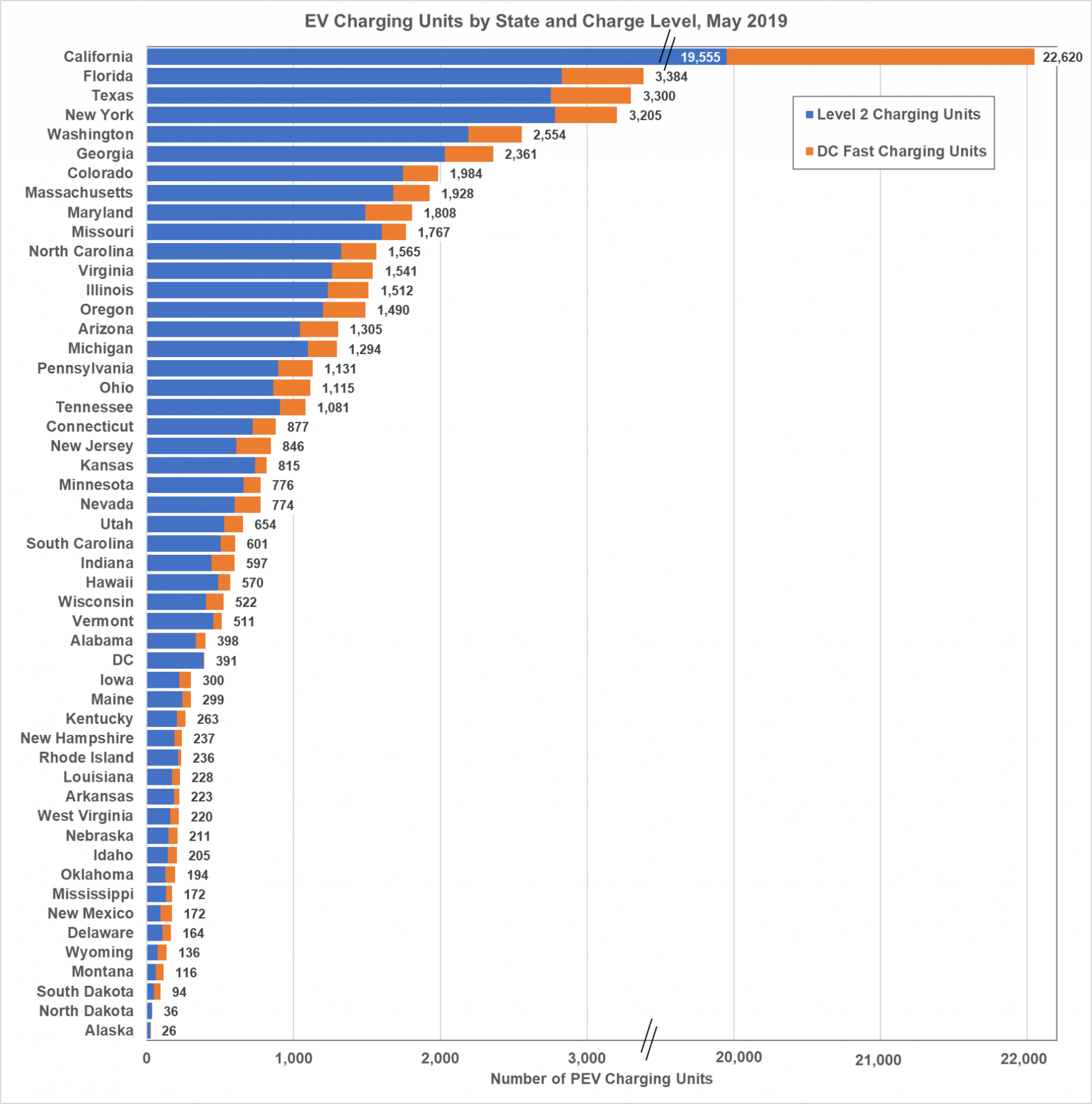 The Department of Energy notes in their short report:

“California has the most EV charging units of any state at 22,620, which represents about a third of the nationwide total; however, there are 18 other states that have more than 1,000 Level 2 and DC fast charging units, combined.”

It’s important to note that the DOE is including both public and non-residential private charging units, which can include charging stations at businesses.

It’s unclear how accurate the DOE’s charging station data is at this point since there seem to be some discrepancies with Plugshare’s data in some markets.

But it does show some pretty good growth over the last few years, but it definitely needs to accelerate, especially for DC fast-charging stations.

Electrify America’s network and the deployment of Tesla’s new Supercharger V3 should help on that front.

Also, people like to compare those numbers to gas stations, but that’s a useless comparison since it doesn’t account for the tens of thousands, if not hundreds of thousands, of residential charging stations.

That’s where most electric cars get most of their charging these days.

However, public charging stations are important to enable long-distance charging and for those who want electric cars but can’t charge at home for different reasons, like only having street parking.

For the longest time, people saw the electric car and EV charging infrastructure as a “chicken and egg” problem, but it is becoming such a big business with competition right now that I think we are going to see the market improve a lot in the next few years.