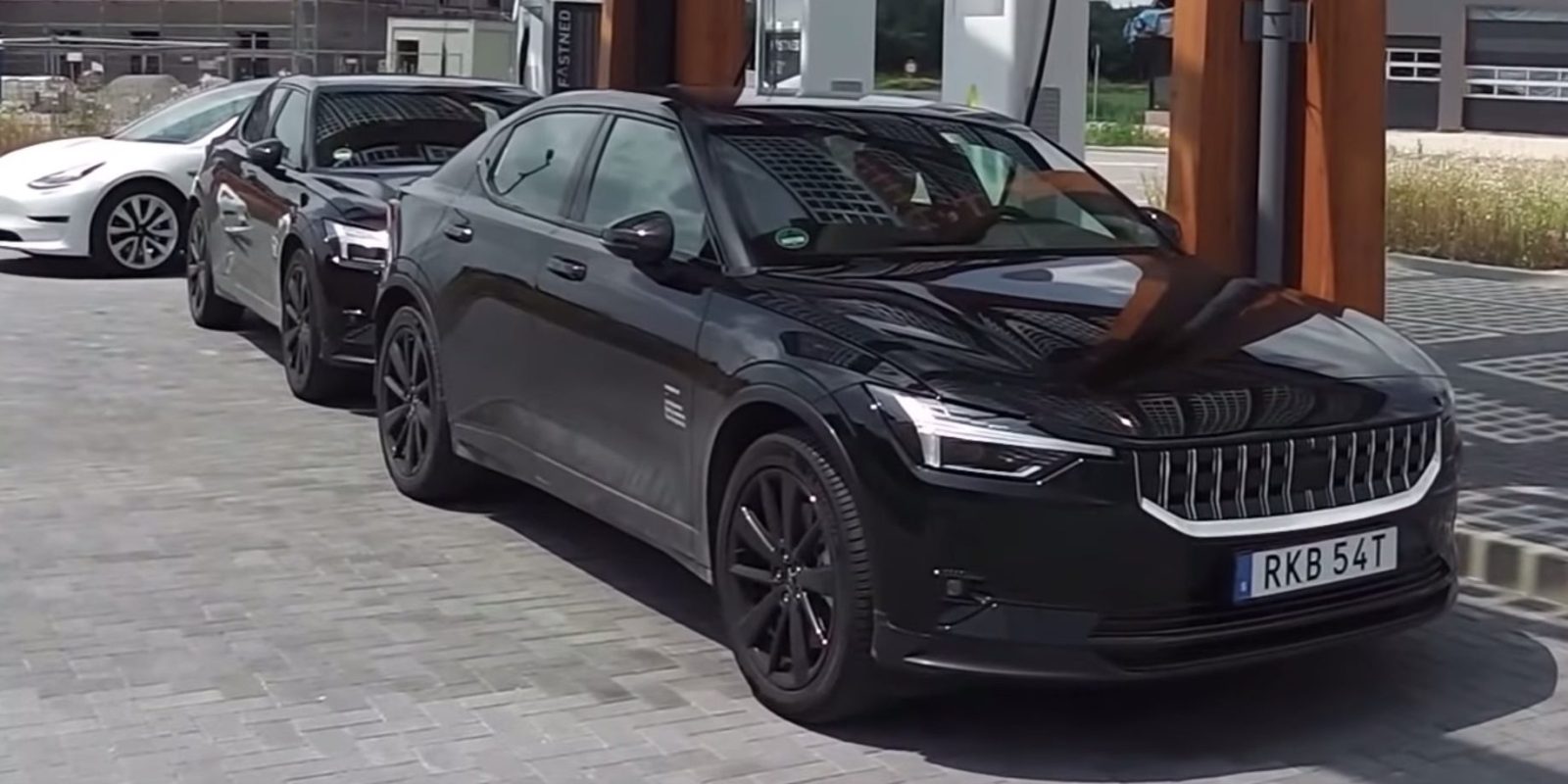 The Porsche Taycan and the Volvo Polestar 2 are two of the most anticipated electric cars to come out this year and now they have both been spotted up close while charging in Germany.

The two vehicles are not on the market just yet, but out of pure coincidence, Tesla Model 3 owner Schräg spotted several prototypes of each of them by chance at two charging stations in Germany.

“By chance, I drove to Fastned in Nersingen and HPC in Seligweiler … And jump straight into a Volvo Polestar 2 and a Porsche Taycan meeting.”

He shared footage of his EV find in a YouTube video (embedded below) and it’s giving us a great up-close look at the upcoming Taycan and Polestar 2:

The Polestar 2 is equipped with a 78 kWh battery pack to enable 275 miles of range for the launch edition.

During its first year of production, the vehicle will be offered as a “launch edition” for 59,900 euros ($68,200), which is a lot more than what people originally expected.

The Swedish automaker’s first all-electric vehicle is going to be able to charge at up to 150 kW.

Here are a few screenshots of the Polestar 2 prototypes spotted by Schräg:

The vehicle is expected to go into production in China next year and be exported around the globe.

As for the Taycan, Schräg spotted 4 prototypes at a charging station in Germany.

The vehicles look identical to the Taycan prototypes that Porsche officially unveiled in China earlier this week.

The German automaker plans to bring them to two other racetracks in the next few weeks.

Here are a few screenshots of the Taycan prototypes spotted by Schräg:

Porsche aims to unveil the production version of the Taycan in September and the vehicle should hit the market shortly after.

As previously reported, the base version of the Porsche Taycan is going to have a ~90 kWh battery pack for about 250 miles (~400 km) of range.

The German automaker has also been hinting at two higher-end versions with greater capacity and over 300 miles (483 km) of range.