Another Tesla vice president left the company this week, making it the third VP-level departure from Tesla in about a week.

Last week, Electrek revealed that Peter Hochholdinger, vice president of production, was leaving Tesla after more than three years as the head of production for the electric automaker.

Yesterday, we learned that he is joining EV startup Lucid Motors.

MacManus had been at Tesla for four years and before joining the electric car company, he had 20 years of engineering experience at European automakers: 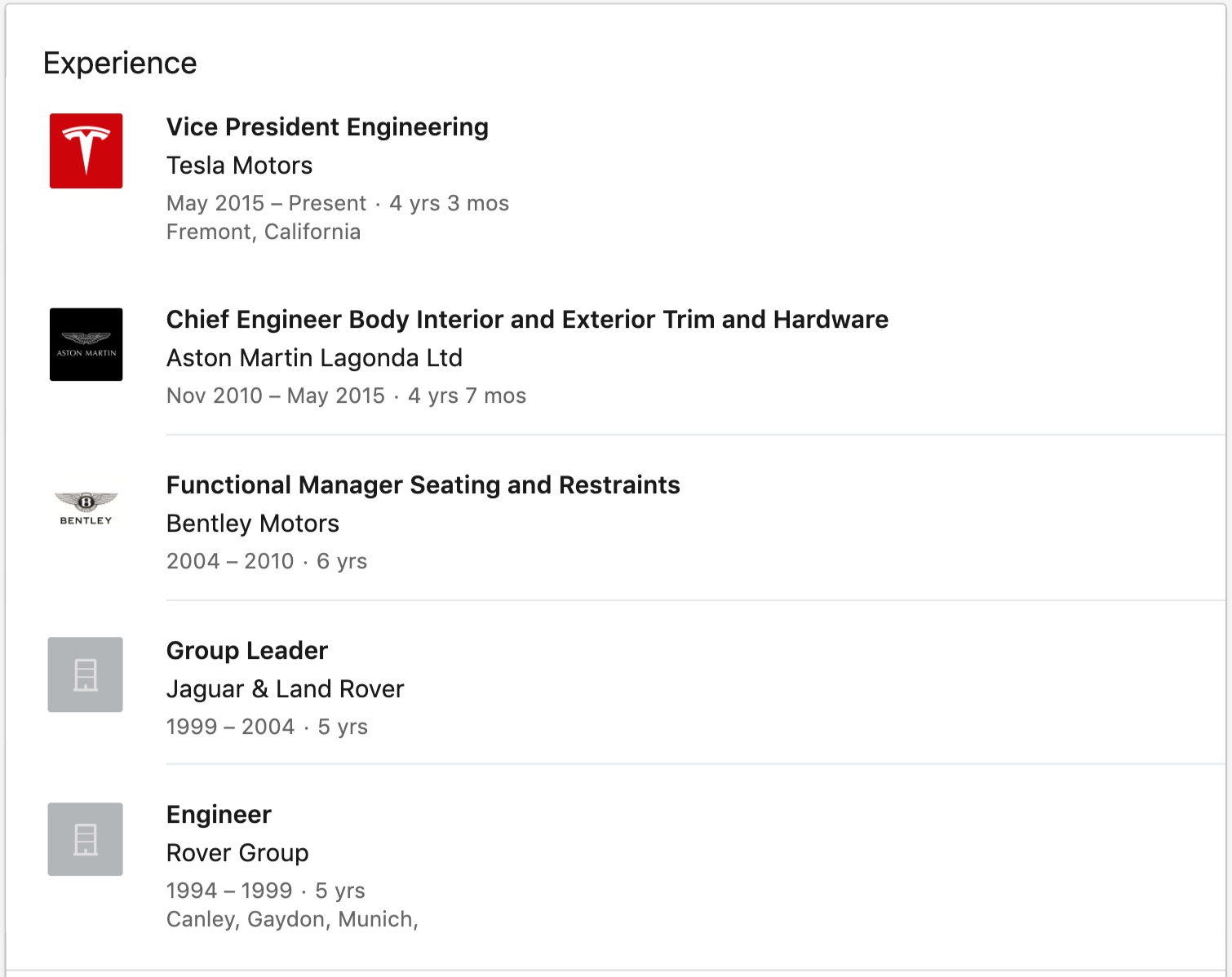 It’s interesting that all three executives that left over the last week have deep automotive experience.

Tesla has a mix of people from the traditional auto industry and the tech and manufacturing worlds.

I’d argue that at the VP level, those three were the ones with the most traditional automotive backgrounds.

There are still some Tesla execs with automotive experience, like Jerome Guillen, but it looks like Tesla might have a tough time retaining traditional auto talent.

I would assume that Tesla’s pace clashes with what people are used to in the auto industry, and it might be hard for them to adapt.

All three execs that left this week seem to be significant losses for Tesla, but it might be for the best if Tesla’s fast-paced, startup-like business environment wasn’t for them.