Tesla’s deliveries increased significantly in June in Norway – making Tesla the best-selling brand for the year and pushing the electric market share across all vehicles sold in the country to almost 50%.

As we have previously reported, Tesla tried to deliver a record number of vehicles in the second quarter and based on our data, it looks like Tesla was ‘very close’ to its delivery record at the end of the period.

The official global delivery numbers are not expected to be released until later this week.

However, we are already getting some registration data from some markets like Norway.

Tesla’s sales jumped to 3,760 units in June – making Tesla the best-selling brand for the month with a 24.5% market share and also for the whole year-to-date with a 16.1% market share. 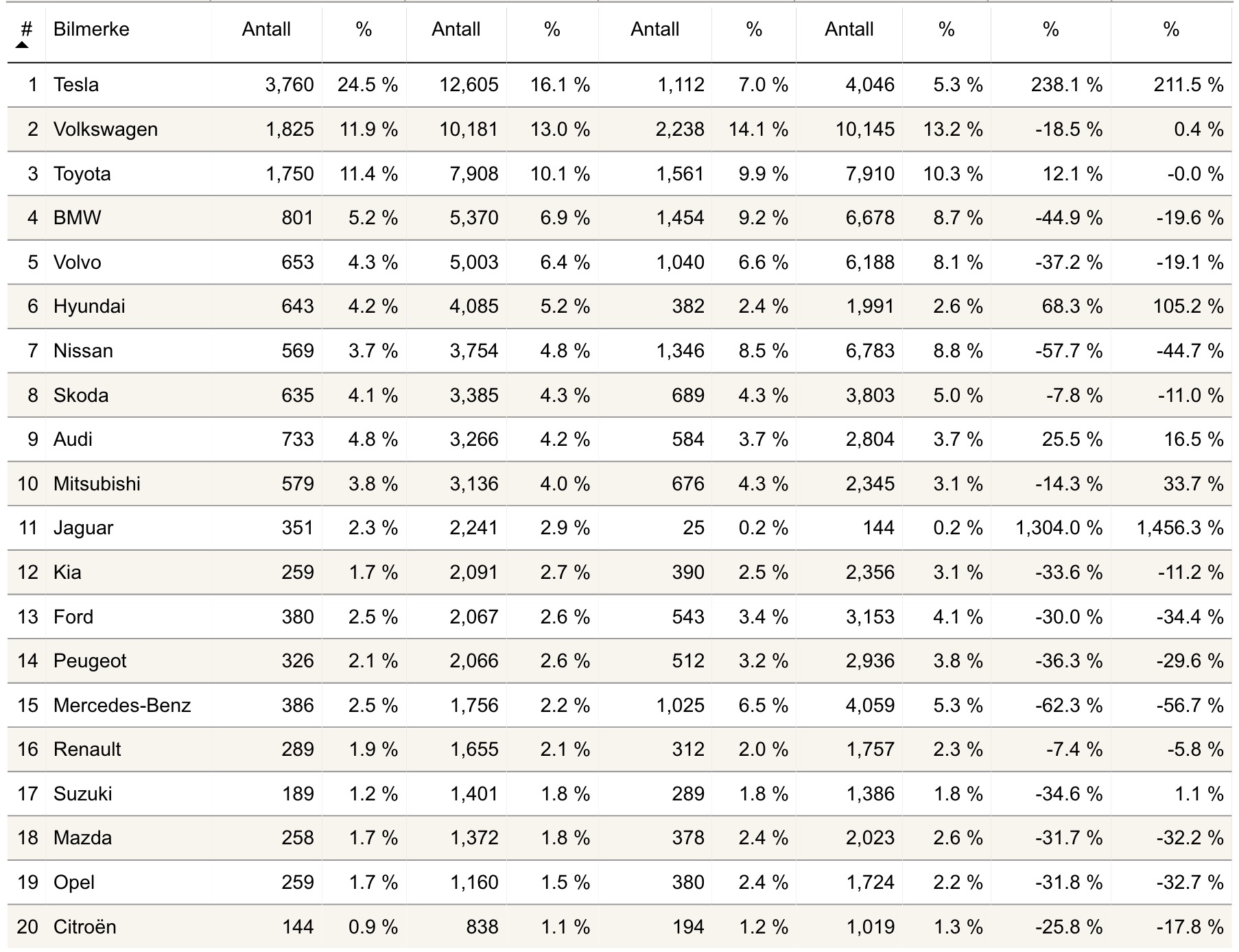 Most of Tesla’s deliveries in June in Norway were Model 3 vehicles: 2,999 units.

It brought total electric car sales to over 48% of passenger vehicle sales in the country.

Norway aims for all new cars to be all-electric by 2025. It’s the most aggressive goal of any market and they are by far the country closest to the goal to have a zero-emission new car market.

It’s nothing new for Norway to lead electric car sales, but these statistics are good to show the impact a single compelling new electric car model can have on increasing EV sales.

That’s why I think most people’s EV growth predictions are too weak.

There are many new compelling electric cars that are going to hit the market in the next few years and it’s going to become clear to most people that their next car should be electric.

Tesla is really leading the way on that front by taking the first mover advantage with a high volume vehicle: the Model 3.

If other automakers don’t significantly accelerate their EV programs and increase their planned production capacity, I can see the percentage in this Norway chart becoming a glimpse of the future for the global market.