Tesla Powerpacks are now used to reduce the cost of charging a large fleet of electric buses operated by Stagecoach in the UK.

They explain how the system works:

“Over an eight-week period, we sourced and installed our battery – including software and hardware solutions – to optimise performance. The battery charges during the day from the current grid connection and provides power to the buses in the night so that they are ready to go in the morning for commuters. Our solution eliminated the upfront capital cost. It is mobile in case the bus operators move depot and it was implemented in less than twenty per cent of the time and total cost quoted by the grid operator.”

Zenobe released an infographic about how the system with Tesla Powerpacks works into the charging process: 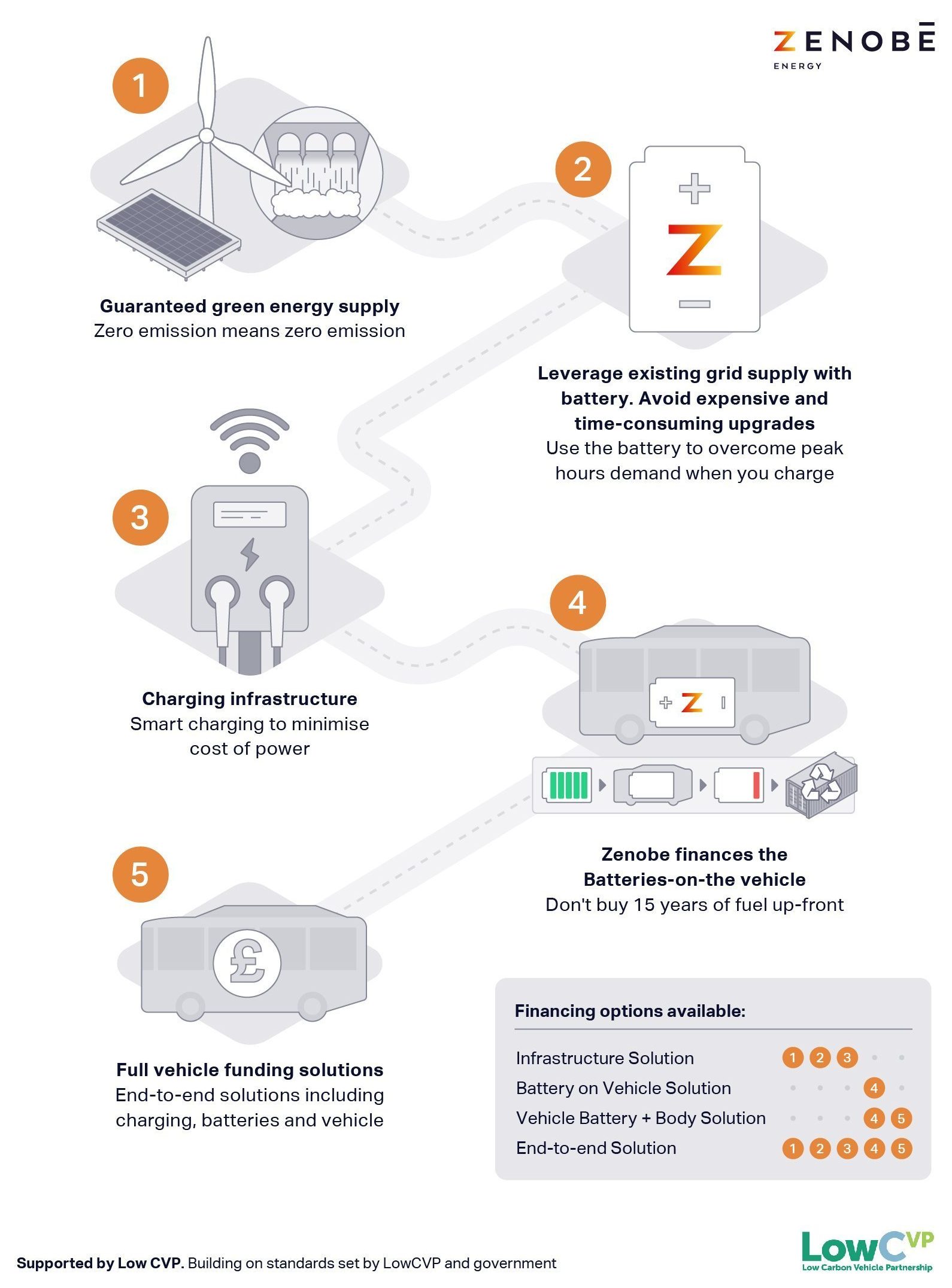 They claim that the project will result in a reduction of 594 tonnes of CO2 a year and 5.93 tonnes of NOX a year.

In the UK, Zenobe says that it can get government grants to help with the deployment of its commercial electric vehicle charging infrastructure:

“The Zenobe EV scheme can be used alongside grants from the ULEB scheme. With council funding for buses almost halving since 2010, these schemes are critical in helping to plug this gap, connect communities and improve air quality.”

The project in Guildford is one of the biggest deployment of Tesla Powerpacks in the UK to date:

However, it’s not the first deployment of Tesla Powerpack in the UK.

We previously reported on Amazon adding Tesla’s energy storage systems to its distribution centers in the UK.

The company has been guiding a ramp up in stationary energy storage deployment in 2019.