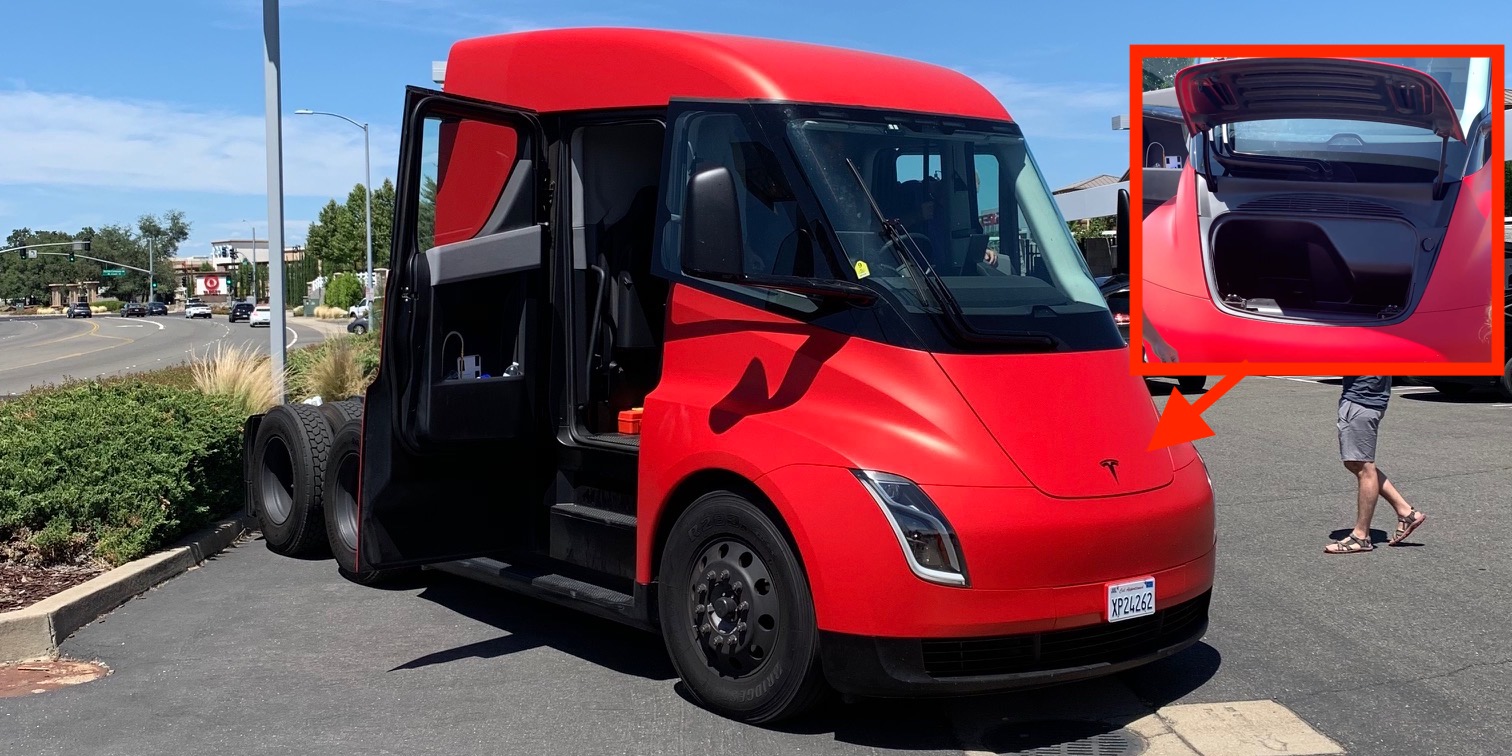 A Tesla Semi prototype has been traveling around Northern California over the last few days and it stopped in Rocklin where an Electrek reader managed to get a close look.

We even get our first look at the Tesla Semi’s frunk.

When unveiling Tesla Semi in 2017, Tesla started guiding a start of production in 2019.

However, the company pushed the production to 2020.

Earlier this year, Jerome Guillen, Tesla’s President of Automotive and the head of the Tesla Semi program, said when asked about the production of the electric truck:

“Next year we will start production. We are very happy, we are driving the trucks extensively with so far, I think, quite amazing success, yes.”

Guillen is referencing Tesla’s extensive testing of prototypes on the road over the last year. Tesla Semi trucks were spotted around the country.

Sightings have been rare in recent months, but a red Tesla Semi prototype has been spotted in Northern California lately.

Jerome Mends-Cole, the owner of SacTesla, a Tesla rental company, spotted the Tesla Semi at Tesla’s Rocklin store and he shared a few pictures of the electric truck prototype:

Jerome says that the engineers in charge of the prototype said that they are confident that that they can beat the original specs announced in 2017.

Since the launch, Tesla has been talking about making two versions with 300 and 500 miles of range.

CEO Elon Musk has been hinting that they could actually deliver a more impressive range.

The engineers also reportedly said that more road testing of the prototypes is coming up and they briefly stopped at the store in Rocklin – giving an opportunity for people to take a close look at the prototype.

We even get a first look at what appears to be a frunk (front trunk) under the hood of the Tesla Semi prototype:

While the shape is unusual for a Tesla frunk, it actually looks similar in size as the ones found in the Model S or Model 3.

Over the past two years, Tesla has been taking reservations for the electric truck and said that the production versions will have 300-mile and 500-mile range versions for $150,000 and $180,000 respectively.

Now Musk has been guiding a start of production toward the end of 2020.

The company confirmed that the production of the powertrain will be at Tesla’s Gigafactory 1 in Nevada, but it’s still unclear where the actual vehicle will be produced.

Tesla is estimated to have received several thousand pre-orders for the electric semi truck.