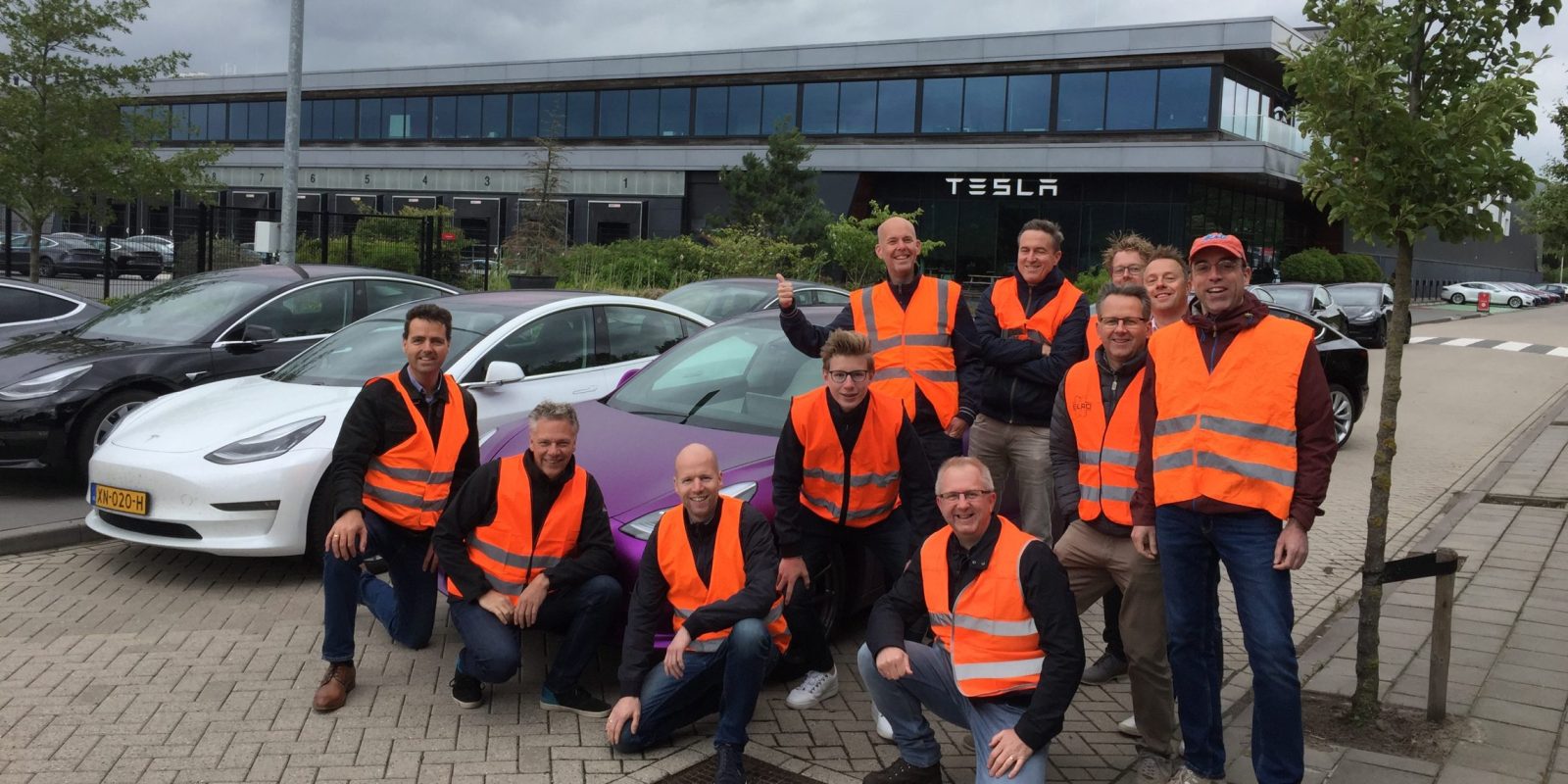 A group of Tesla Model 3 owners was found protesting in front of Tesla’s European factory in Tilburg apparently over Tesla reducing the price of the Model 3 since the launch in Europe.

It’s actually not the first time that Tesla owners went as far as protesting following notable price changes from Tesla.

Earlier this year, we reported on some fairly extreme owner reactions to some drastic price cuts.

At the time, it was mostly about the Model S and Model X price drop, but now some early European Model 3 owners are also upset.

A group of them wore red vests, a nod to the yellow vest in France, to protest at Tesla’s facilities in Tilburg.

One of those owners wrote about the situation:

“Today I participated in the so-called “Red vests action against Tesla” at the Tesla Factory & Delivery Center in Tilburg. Together with 10 other Model 3 owners from the Netherlands and Belgium, and with interest from the media, we have tried to get attention in a positive way with the aim of motivating Tesla to fulfill its agreements and to get long-paid AP & FSD functions activated.”

They claim that Tesla promised to give them the Autopilot package for free or the Full Self Driving package at a discount:

“The majority concerns Tesla Model 3 owners to whom Tesla has given the commitment to activate Autopilot for free (an option that costs € 3200) and / or to whom the more advanced Full Self Driving package (FSD is an option that costs € 6400) is offered at a discount. There are also Tesla Model 3 owners who have bought and paid for Autopilot or Autopilot + FSD, and who have been waiting for activation for months.”

The owner in question said that Tesla reduced the price of his Model 3 configuration by 5% just a few hours after he ordered it.

They organized the protest at the Tilburg factory and 11 owners showed up:

He wrote that they blocked the entrance of the factory in order to get Tesla’s attention and it apprently worked:

“After grouping at Tesla and after talking with the press at site, we used the 11 Tesla Model 3s to block the entrance and exit of the plant, in order to provoke attention from Tesla. This had an effect in a few minutes, and in dialog with Tesla employees they offered that they would immediately activate the present 11 Tesla Model 3s Autopilot, and that everyone was invited to come in for a cup of coffee / tea / cappuccino while they started execute the activation. It was indicated that we had to keep the matter quiet, because 100 vehicles had to be delivered that day and they could not afford that other owners from all over the country would go to Tilburg to claim their activation.”

However, he explained that Tesla ultimately wasn’t able to deliver the update with the Autopilot features.

We reached out to Tesla about the situation and we will update if we get an answer.

Update: Tesla says that they are working on fulfilling the commitments made to those customers.

These price changes are one of the most controversial things about Tesla for owners lately.

It seems like half of them don’t see a problem and the other half agree that it goes against Tesla’s claim of a clear price structure to differentiate themselves from the dealership model.

I haven’t been following the pricing situation as closely in Europe so I’m not sure how it all played out, but I think both sides have some good points.

While we should all be happy about prices going down, I understand the frustration of owners who just bought a new car and the price goes down soon after for no apparent reason other than to create more demand.