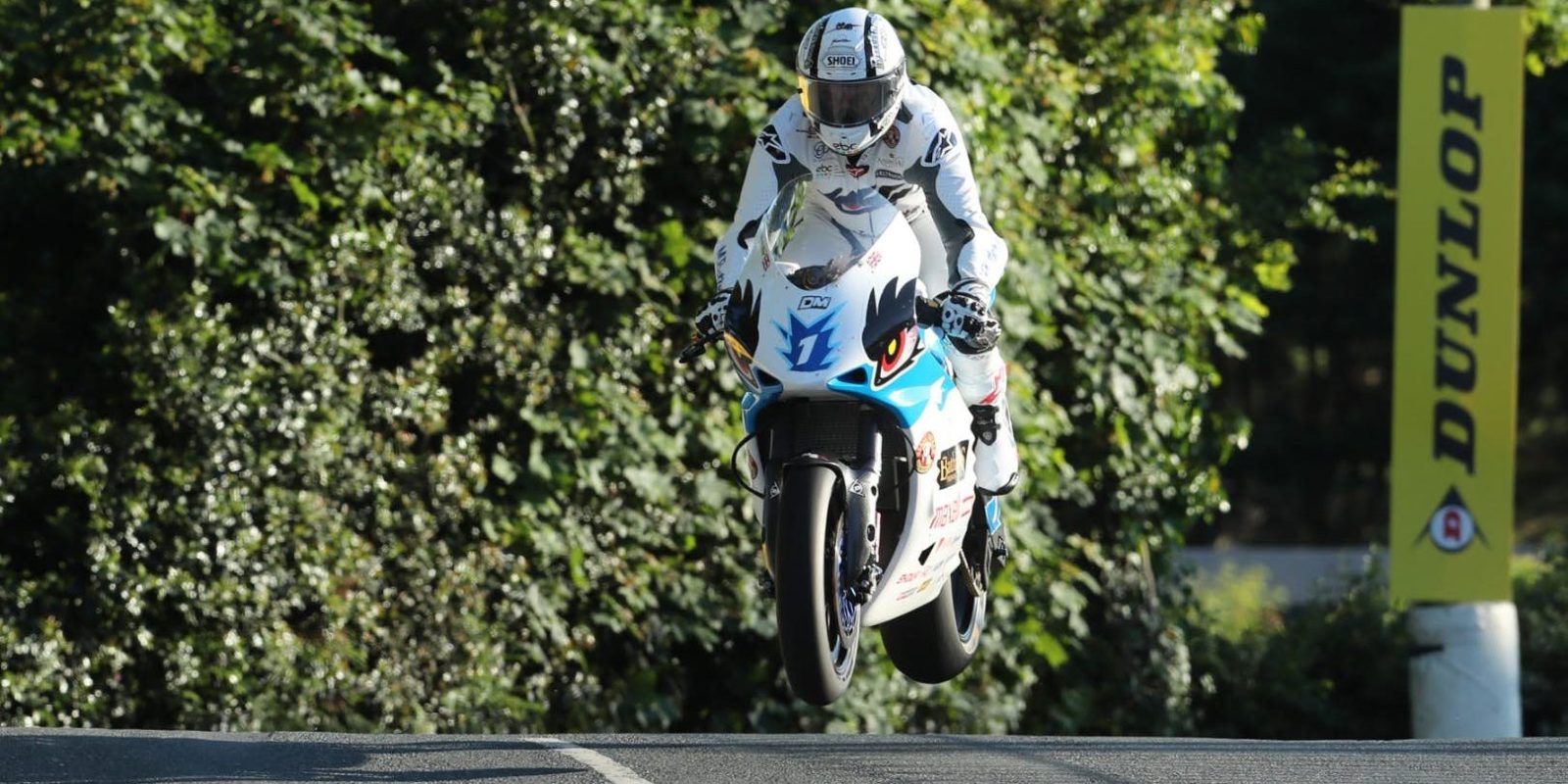 The world-famous – and famously deadly – Isle of Man TT race is going on this week, and alongside the gas superbike races there’s an electric-only TT Zero class racing in its tenth year.

In this year’s race, Michael Rutter and Team Mugen set a new electric superbike lap record for the course, with a 121.91mph (196.2km/h) lap in 18:34.172.  This narrowly beats the previous record by about a second, and about a tenth of a mile per hour.  This is Rutter’s fifth win of the TT Zero.

Unfortunately, this year’s competition was marred by the death of a competing rider.  While racing in a different series, the gas-powered RST superbike race, 27-year-old Daley Mathison suffered a deadly crash at Snugborough corner.  He was expected to compete well in the TT Zero, as he’s placed on the podium in the last three years running and had set a faster lap on the course than any rider other than Rutter.

You can see a partial onboard video of Rutter’s previous record lap from last year in this video on the Isle of Man TT’s youtube page:

The world’s most dangerous race

The Snaefell Mountain Course circles much of the Isle of Man and is known for its danger.  Due to the tight nature of the track (as seen in the video), the close walls and buildings around it, and sweeping panoramic views over perilous cliffsides, it’s common for riders to go off course and this often results in injury or death.

The EV bikes are also slower than the gas superbikes, but not by much.  The fastest gas bikes do about a 130mph lap, while the EV bikes manage 120mph laps.  The EV bikes are faster than the gas “lightweight” and “sidecar” series (*page has not yet been updated with this year’s EV record).  The gas races are 4 laps long, the EV race is 1 lap long.

Gas engines still do hold advantages at extremely high speeds and can be built lighter than an EV motor + battery combo due to the high energy density of gasoline.  The gas superbikes weigh about 80kg less than the winning Shinden Hachi, though both put out around the same amount of horsepower.  This significant weight difference (EV bikes are about 50% heavier) makes for a big gap in lap times.

But battery tech improves by 5-10% per year and has been consistently doing so for decades.  This was reflected in the rapidly dropping lap times of EV bikes until recently.  As energy density improves, the TT Zero will be able to reach for faster speeds with lighter bikes or be able to start running multiple-lap races instead of the current single hot lap.

Team Mugen was close behind them, though, and soon took the reins.  In 2014 they won the race and have won every year since.  In 2015 they reached 119.279mph (192km/h), and speeds have plateaued a little bit since then, compared to the previous rapid development.

One reason for this stagnation is due to the lack of competition.  MotoCzysz pulled out of the race in 2014 after its founder was diagnosed with cancer and other teams have generally not had significant enough support to field a competitive bike.  This has left Mugen alone at the top of the pack on their Shinden Hachi bike.  When you’re assured of winning, it’s often hard to push yourself to go much faster.

In this video, it’s clear to see the speed differences between the top runners and the slower bikes.  The top bikes go by first, with the slower bikes coming soon after:

It’s a bit disappointing to see times stagnating at the point they’re at after so many years of rapid development, but the plateau had to come sometime.  Hopefully, if the series gets a little more manufacturer support, it could continue to innovate and start matching gas lap times soon.