EGEB: Beer brewed with renewables, Nebraska battery storage, another British record for no coal use, and more 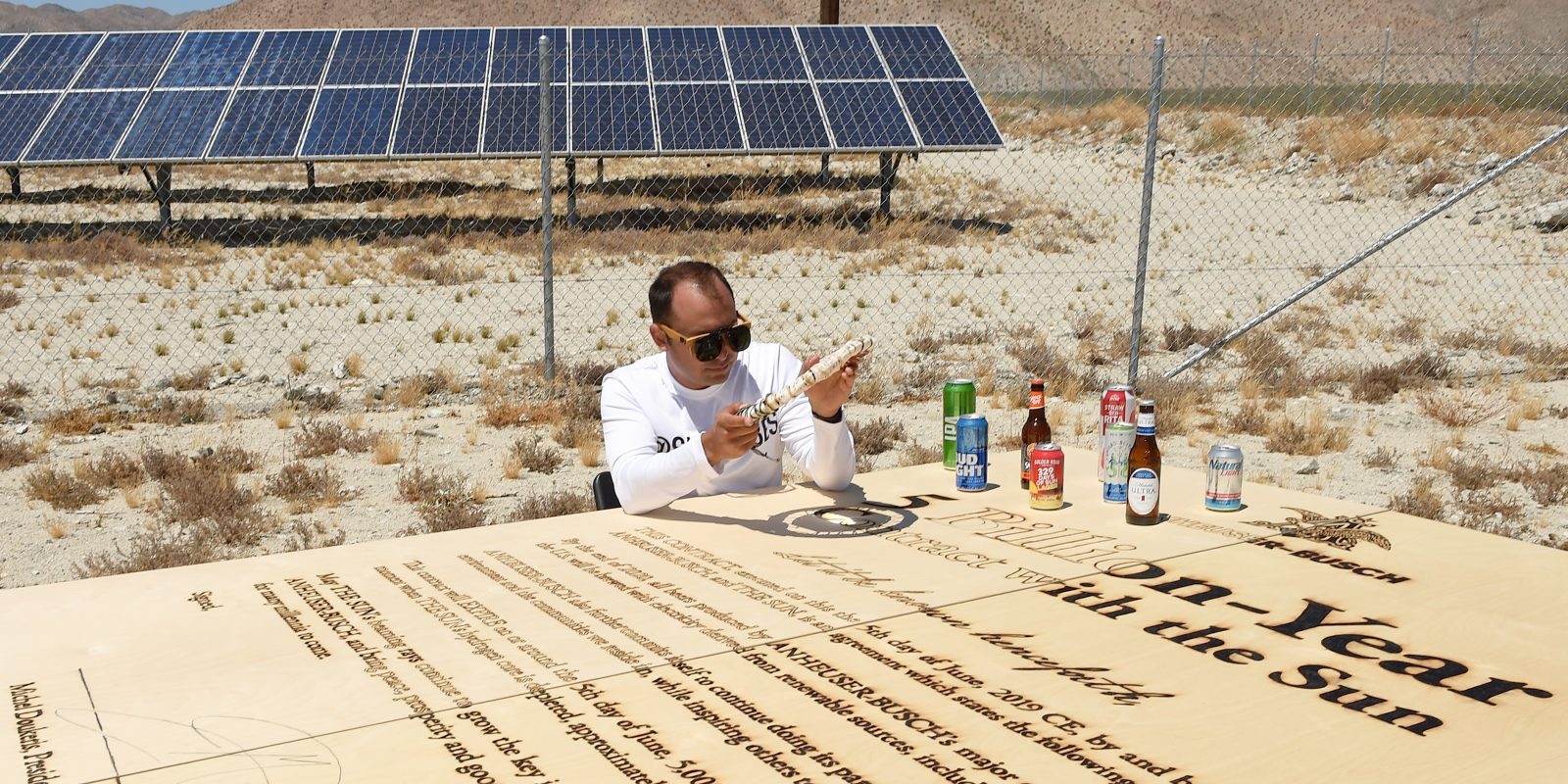 Anheuser-Busch, which earlier this year announced that its Budweiser brand was brewed solely with wind power in the US, says it will brew all of its US beer brands with 100% renewable electricity, due to a new solar agreement.

Through a power purchase agreement (PPA) signed between Anheuser-Busch and Recurrent Energy, a leading utility-scale solar developer in the U.S. and a subsidiary of Canadian Solar, Anheuser-Busch will purchase the renewable electricity credits from the energy delivered to the grid by the new solar energy facility being built in Pecos County, Texas.

South Sioux City, Nebraska is set to become a “demonstration site” to store power from the city’s solar park, Sioux City Journal reports. NextEra Energy is installing a large-scale battery to store up to 1.5 megawatts of power.

And before anyone asks, the report does not include any MWh figure, nor do any official releases or related reports that I’ve seen as of this writing — if I had the number, I would include it.

The $1.8 million project is mostly supported by state funds and tax credits, and it will be located near the solar project, which provides “roughly 5 percent of the city’s 45 megawatt electricity usage” for about two-thirds the cost of the remaining electricity.

The Offshore Wind Jobs and Opportunity Act was reintroduced to Congress this week by a number of Democrats. As per a press release, the legislation aims to create a federal grant program that would:

…assist colleges and universities, state and local governments, unions, and nonprofits develop curricula, internships, health and safety programs, and other activities deemed appropriate by the Secretaries of Energy, Labor, Interior, and Education to advance an offshore wind workforce. The bill prioritizes grants to community colleges, organizations that service minority populations, and those helping workers from other industries transition to the offshore wind industry.

The bill was announced last year, but never seemed to get anywhere. Now, with more states setting offshore wind goals, perhaps it can gain a little more momentum.

California was considering a bill to include hydropower from large dams in its current definition of renewable energy, an idea that drew some criticism as the state moves toward its renewable goals — specifically, toward its 2030 goal of 60% renewable electricity.

(Hydropower will count as renewable energy in the state after 2045. It can be a bit confusing, but the reason to exclude hydropower, for now, has long been to boost solar and wind projects, and not rely on existing energy sources to meet short-term goals.)

Anyway, that effort looks to be over for now, as the bill didn’t earn enough support to be presented for a vote in the state Senate, The Mercury News reports.

Another record for Great Britain, as its longest run without using coal to generate any electricity ended at just over 18 days on Tuesday. Maybe a month next time? Renewables still have a way to go, however:

This is the longest run without coal for Great Britain since 1882.