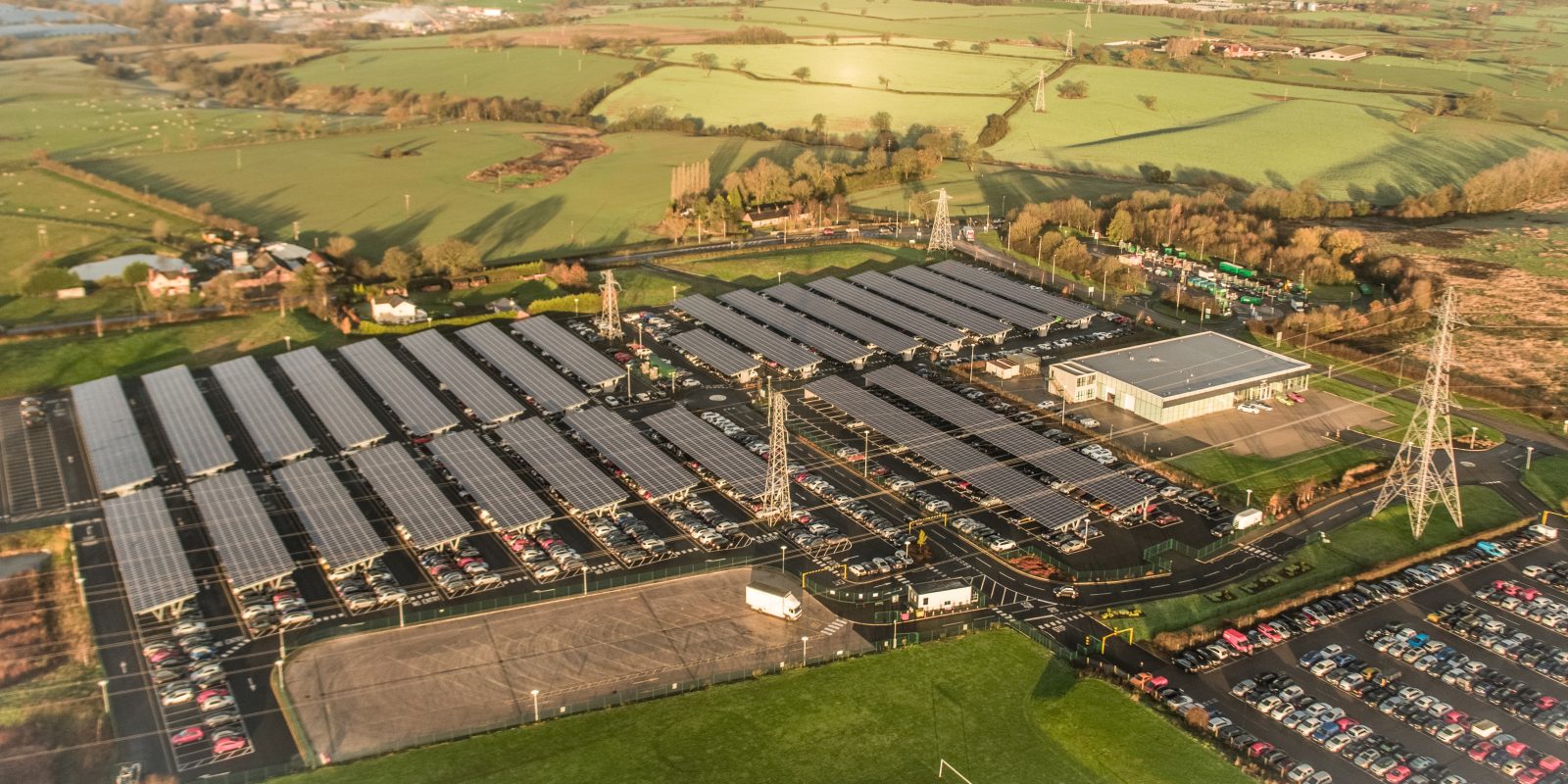 A new report from the Environmental Working Group takes a deep dive into America’s largest electric utility, Duke Energy, and concludes that “considering its size, environmental record, puny investments in solar and wind power, and schemes to penalize customers who want to join the renewable energy revolution, Duke is public energy enemy No. 1.”

EWG’s report finds the utility looking to slow the growth of renewables, as Duke prefers fracked natural gas as a way to reduce reliance on coal. The EWG concludes Duke’s mix of coal, gas, and nuclear is “unhealthy and unsafe.” The group notes,

Dirty coal-fired power plants and risky nuclear reactors generate almost 70 percent of Duke’s electricity, far more than the national share of about 50 percent. Across all service areas where Duke has a government-protected monopoly, solar and hydro power generate 2 percent of its electricity.

In the past month, Duke Energy has made some promising announcements, including a $76 million proposal to build 2,500 more EV charging stations in North Carolina and 602 MW of solar development in the Carolinas.

But North Carolina’s bidding structure for solar allows bids to come from any company, even utilities. EWG says Duke’s status as a regulated monopoly makes the utility’s customers helpless to whatever power plant the company wants to build, and Duke has continuously fought to weaken net metering policies for residential rooftop solar.

Duke Energy is also fighting a decision that would have the company excavate coal ash from its power plant sites. The utility said the process could cost $7-10 billion, and customers look to be stuck with some of the bill.

As California looks for ways to reach its goal of 100% carbon-free electricity by 2045, state legislators are considering a bill that would count hydropower projects toward the state’s renewable energy goals — something California doesn’t do at the moment.

The Los Angeles Times reports on SB 386, which would include existing hydropower plants in that definition. The debate comes from differing goals set by the state — the end goal of 100% clean energy by 2045 would include hydropower, but an earlier target of 60% renewables by 2030 does not include large hydroelectric dams.

Advocates are concerned that allowing hydro to enter the renewables mix earlier will dissuade the construction of solar and wind projects, and allow for gas and coal to have a stronger foothold in the state’s energy mix in the near future. More than 40 environmental groups wrote a letter in strong opposition to the bill.

Bentley Motors has announced its installation of what it claims is the largest solar carport in the UK. The carport, located at the carmaker’s Crewe factory, has a 2.7 MW capacity. Bentley’s on-site electricity is now 100% clean, either through solar panel production or through certified green energy purchases.

The 3 MW solar farm will include about 10,000 panels. It’s estimated to cost up to $5.25 million, but it should save $200,000 a year. Despite these figures, the array will only supply about 8% of the plant’s total power. Public Works Director Justin Holland said,

“I don’t think savings are the only thing we consider. It’s a sustainable, renewable energy, so it’s a practical way for us to power a large portion of the treatment plant with a renewable energy source. The return on investment is a consideration, and we feel that between the return on the investment and the environmental benefits, it’s a really solid project.”