With the Tesla Model 3 and the Hyundai Kona EV boosting Canada’s EV sales in the first quarter, the country has achieved a new milestone: 100,000 electric vehicles on the road.

But a report on Canada’s electric vehicle sales for the first quarter is not all positive.

“It’s official! After the record-breaking results of 2018, which brought the number of EVs to more than 93,000 across the country, Canada topped the 100,000 EV mark last March with 8025 EVs sold in the first quarter of 2019. While it took just under 10 years to reach this major milestone, we should reach 200,000 EVs across the country over the next three years, if not before!”

Overall EV sales grew 21% in Q1, but the growth almost all came from Quebec and British Columbia: 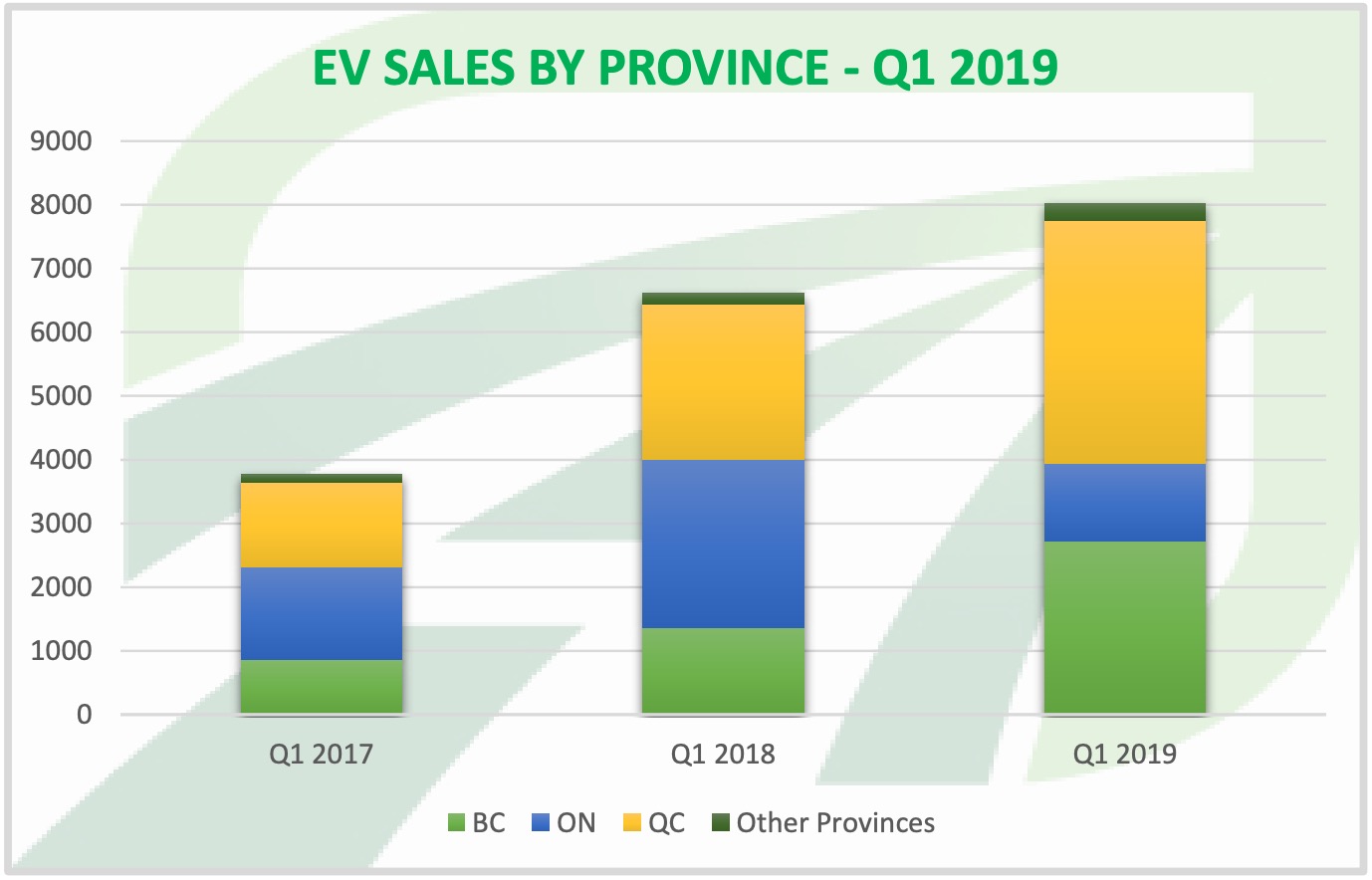 In Ontario, sales have unsurprisingly crashed since the province’s generous EV incentives have been cut after the election of Ford’s Conservative party.

The good news is that Ontario is the only province where EV sales went down over the last quarter:

Nonetheless, Ontario is the biggest province and having its EV sales crash is significantly slowing down the national growth.

As for the specific electric car models, Tesla Model 3 and the Hyundai Kona EV made all the difference last quarter.

Now the first quarter is going to serve as an interesting comparison point going forward with the new $5,000 federal incentive starting in the second quarter.

It started in May and we are already starting to see the incentive boosting demand for EVs.

There were around 3,500 requests for the incentive in the first month. Interestingly, more than half of the requests came from Quebec.

The new incentive is going to help Ontario again, but the impact wasn’t significant in the first month with only 176 requests coming from the province.

However, the demand is expected to be even greater in June – though we expect a problem of availability for many models.

The Q1 numbers show just how much a single new electric car model can make a difference and new entries in the market should make a big difference.

While it’s growing fast, EV market share in Canada was still only 1.89% of the overall automotive sales last quarter. There’s a lot of room to grow.