Tesla falls behind in autonomous driving leaderboard, but still most trusted by consumers

Tesla has fallen behind in autonomous driving, according to Navigant’s leaderboard, but it’s still the most trusted by consumers for self-driving.

Navigant Research has created a leaderboard based on each company’s vision and execution in the autonomous driving world in order to get an idea of which ones might have a lead.

They based the rankings on 10 criteria:

In their latest report, Tesla is nearly dead-last based on strategy and execution, according to Navigant Research: 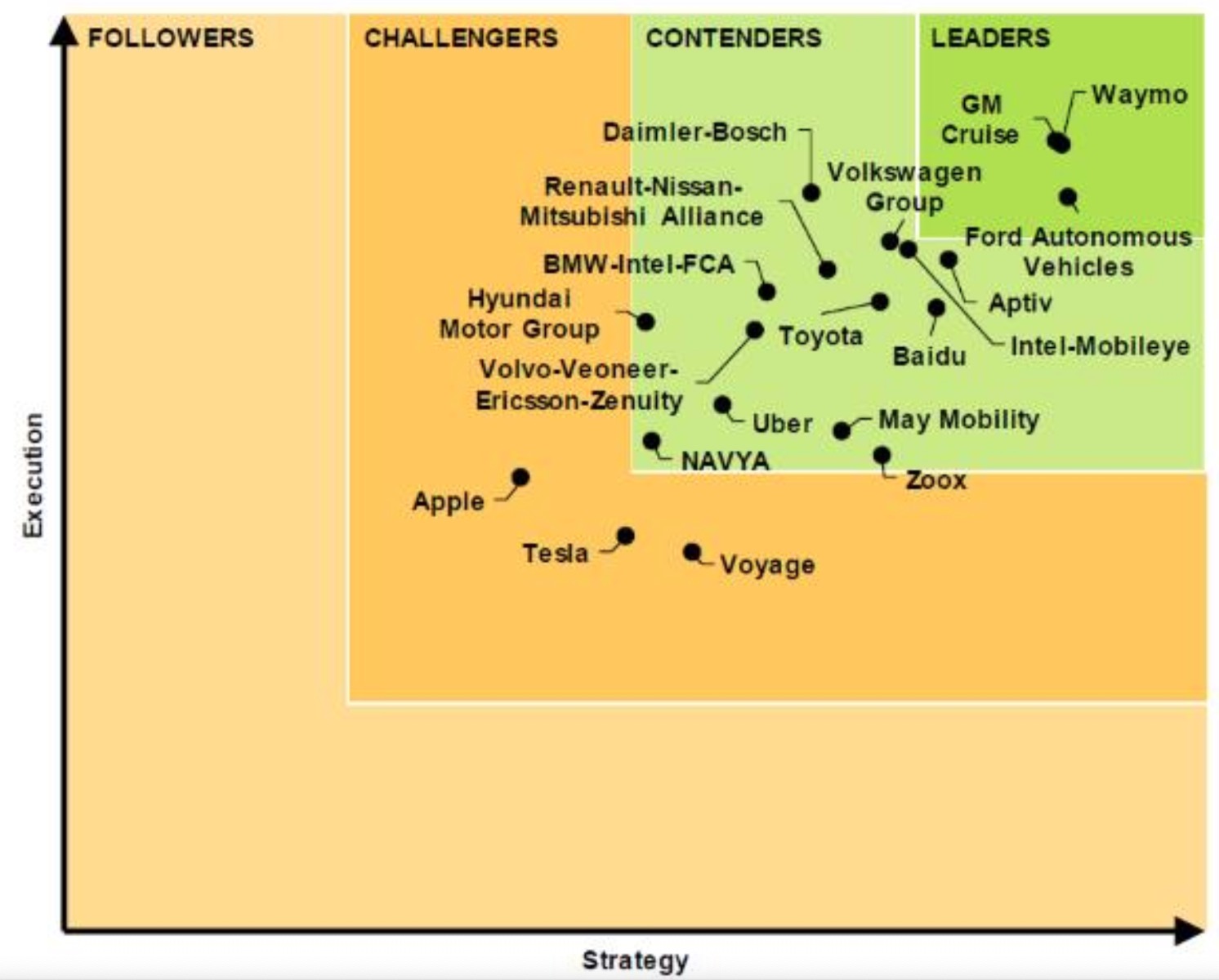 Back in 2017, Navigant Reseach had Tesla right in the middle of the pack — a few years after the company released its Autopilot system.

On the other side, Tesla is coming out on top when it comes to consumer perception of self-driving vehicles.

Autolist has its own study that asks “car shoppers which company they trusted the most to bring to market a self-driving vehicle.”

In the latest version of the study, Tesla ends up being the most trusted brand for autonomous driving:

Interestingly, the second most popular response is that consumers don’t trust any company to deliver a safe full self-driving system — though that response is down from 27% of respondents last year.

Chase Disher, an analyst at Autolist, said about the results:

“Tesla’s reputation as a leader in the autonomous space has taken a hit over the last year. While its semi-autonomous Autopilot system has a loyal following and great name recognition, several high-profile crashes and concerns about its driver monitoring system may be eroding the public’s impression of Tesla as a potential leader in the self-driving space.”

Yet, it looks like consumer perception is far ahead of what the industry, or at least industry researcher Navigant, is seeing in Tesla.

I think Navigant’s autonomous leaderboard is ridiculous. There are way too many brands that keep most of their development under wraps, which makes it hard to evaluate them and therefore, it gives very little value to a leaderboard like this in my opinion.

At the end of the day, no one has a fully self-driving system until they have one and gauging where a company is in the development of such a system is extremely hard.

Based on the capabilities of Autopilot alone, you’d think that they would rank Tesla higher, but it’s not a full self-driving system so I guess it’s fair.

Maybe Tesla will change some minds next week at their investor autonomy event?