Tesla has been spotted evidently filming a self-driving demo in a Model 3 ahead of its planned ‘Investor Autonomy Event’ next week during which the automaker is expected to release more details about ‘Tesla Network’, its autonomous ride-hailing network.

Earlier this month, Tesla announced an Autonomy Event for investors to be held on April 19th:

The automaker described the event:

“Investors will be able to take test-drives to experience our Autopilot software first-hand, including features and functionality that are under active development. Investors will also hear directly from Elon Musk, as well as VP of Engineering, Stuart Bowers, VP of Hardware Engineering, Pete Bannon, and Sr. Director of AI, Andrej Karpathy.”

Later, the company pushed the event to April 22 and CEO Elon Musk said that it will include more details on ‘Tesla Network’.

The event is also expected to include a broadcasted presentation and now we learn that Tesla has been filming what appears to be a self-driving demonstration.

A seemingly self-driving Model 3 with filming equipment was spotted earlier this week (via skabooshka on Twitter):

According to skabooshka, a known Tesla detractor part of the Tesla short community on Twitter, the Model 3 traveled “approximately 35 miles from 1:00PM to 1:40PM” on Tuesday.

It traveled on the I-880N between Fremont and the Francisco Bay Bridge: 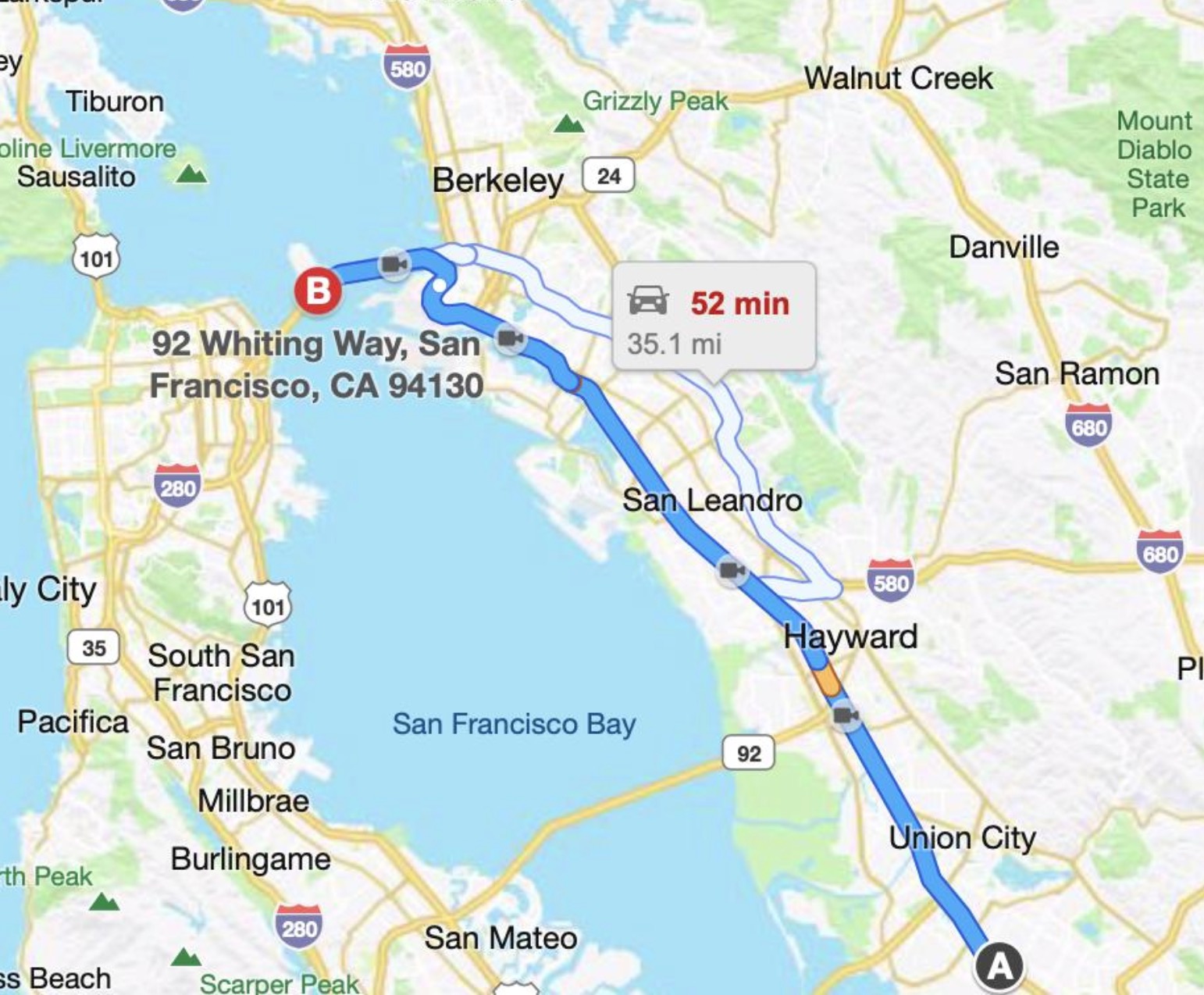 Back in 2016, Tesla also filmed a self-driving demonstration when it announced its Autopilot 2.0 hardware suite.

Until that point, Tesla’s Autopilot focused on highway driving, but the self-driving demonstration focused on city and regular road driving.

It should be a very interesting event, but I would take everything with a grain of salt.

Very little of all the capabilities Tesla demonstrated back in 2016 made it to customer vehicles yet.

Tesla did the demo route several times before it got it right for the video and while it was an interesting look at future potential capabilities of Tesla’s Autopilot, it wasn’t really representative of any type of feature making it to consumers any time soon.

I wouldn’t be surprised if it ends up being a similar situation with this demonstration.

However, we should learn more about the capabilities of the new Full Self-Driving computer and Tesla’s plans for the Tesla Network, which would represent welcomed developments.

I’m excited about it. What do you think? Let us know in the comment section below.