Along with the changes to its vehicle lineup last night, Tesla also opened orders for a cheaper version of the Model 3 in European markets and China.

Tesla first opened Model 3 orders in Europe and China late last year, but it only made the two higher-end versions of the Model 3 available: Long Range Dual Motor AWD and Model 3 Performance.

As we reported over the last few weeks, those two versions of the car alone were enough to make Model 3 the best-selling EV in many European markets and even the best-selling car period in places like Norway and Switzerland after only a few weeks of deliveries.

Now Tesla is making the Model 3 Standard Range Plus available in those markets.

Following changes to Tesla’s Model 3 options last night that saw the automaker moving away from several versions of the Model 3, including the promised base $35,000 Model 3, the lineup is now identical in North America and the other markets: 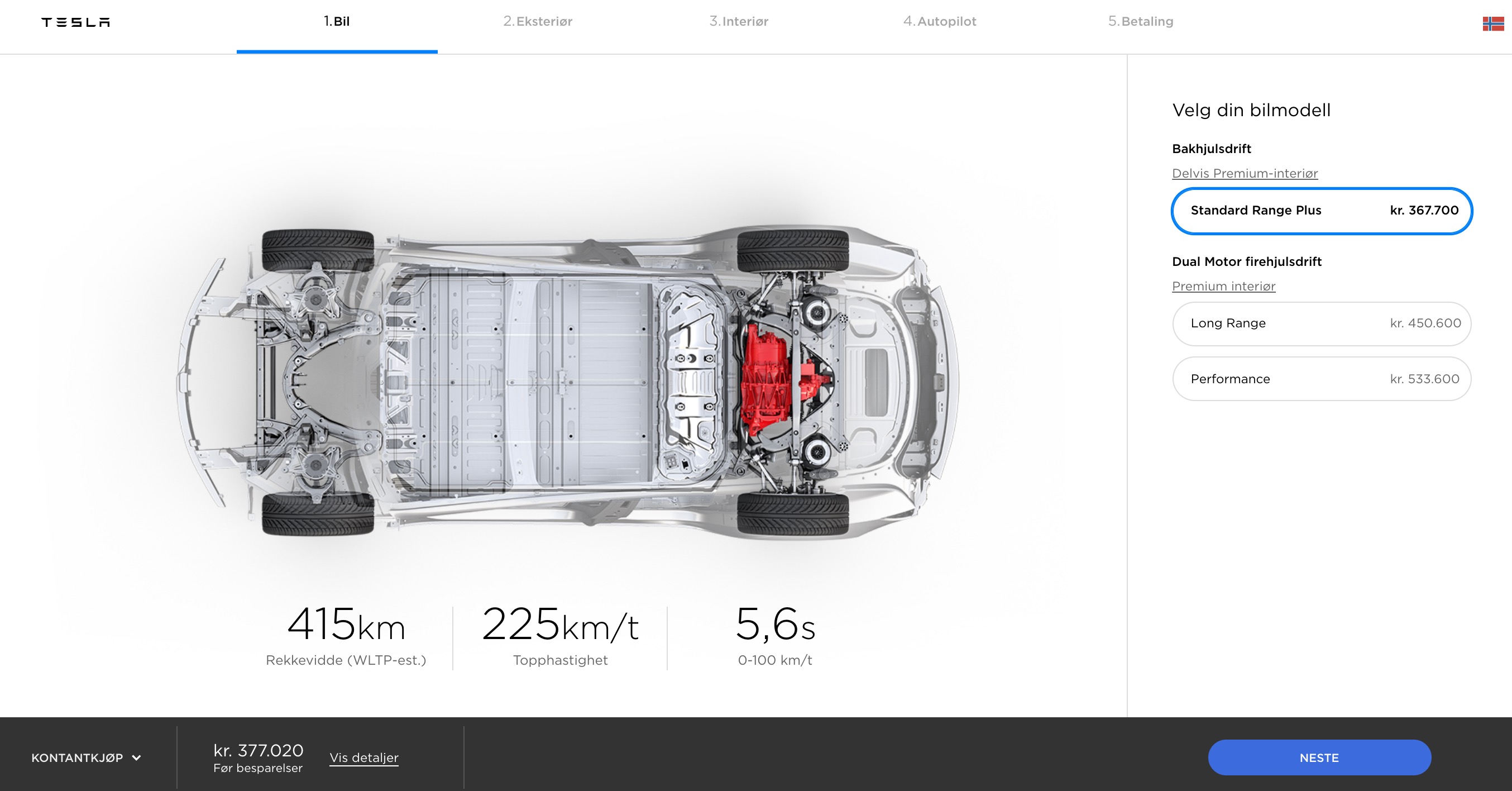 After removing the Mid-Range and Long-Range RWD Model 3, Tesla is now offering only Standard Range Plus along with the Long Range AWD and Performance versions.

Tesla says that the other versions can still be ordered as “off-the-menu” items, but that’s now Tesla’s main Model 3 lineup.

For European markets, the introduction of the Standard Range Plus version results in the cheapest Tesla ever being available on the old continent.

The only thing that is not the same as in the US is the new lease program, which doesn’t seem to be yet available in Europe.

It’s unfortunate that buyers in Europe didn’t have access to all the same versions of the Model 3 that were available to North American buyers over the last year.

Though some of them can apparently be ordered as “off-the-menu” items, but it’s unclear how long that will work since Tesla made it clear that the goal is to streamline their production process.

Either way, the Standard Range Plus is bringing the base price of the Model 3 in Europe down significantly, which should increase the demand in a big way.

Even though I am not a fan of Tesla’s constant price changes and “off-the-menu” strategy, I have to admit that the Model 3 Standard Range Plus was probably the best value version of the Model 3 and now it’s available to everyone.