Barcelona-based electric scooter company Silence is well-known in Spain for their popular electric scooters. Capable of highways speeds and sporting high-capacity batteries that double as Powerwalls, the scooters have been a hit.

Now the company is crossing the Pyrenees and expanding into Europe. It’s a move that couldn’t come sooner for many Europeans that have been waiting to get their hands on these unique electric scooters.

Silence began by building electric scooters for commercial use.

The scooters were popular with delivery companies and first responders due to their ability to reach higher speeds and cover greater distances than most other electric scooters.

The scooters, which are manufactured in Barcelona, are capable of such superior performance in part due to their high-capacity batteries. The removable batteries are available in capacities up to 5 kWh, which is between 2-4 times the size of many other electric scooter batteries. 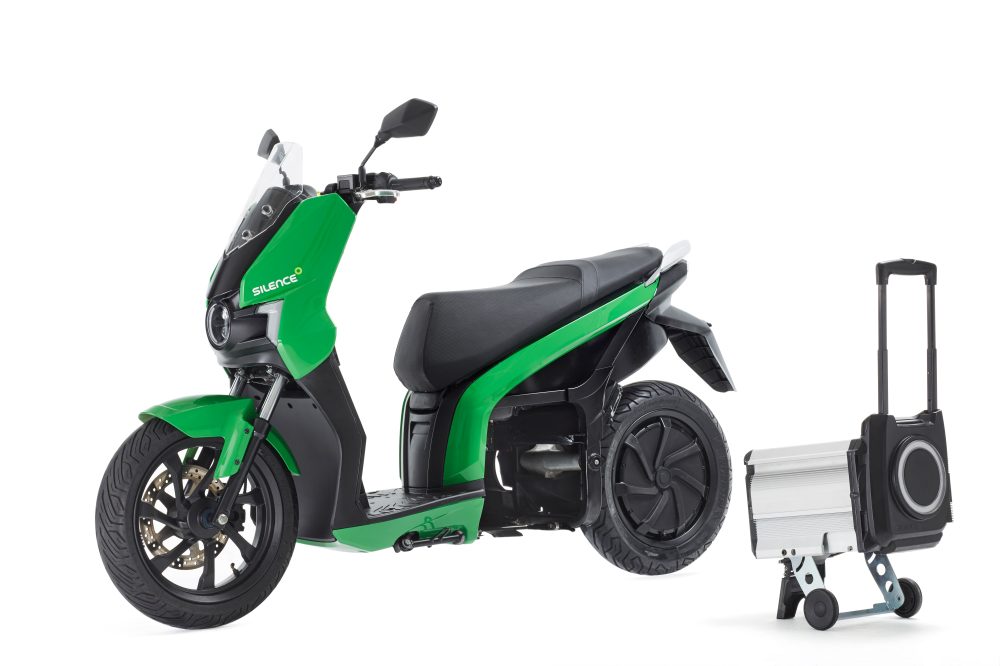 But Silence uses a unique battery design that incorporates built-in wheels and a telescoping luggage handle. When the battery is released from the scooter, the wheels drop down from the battery so that it can be wheeled away with the user for charging indoors.

The battery also includes accessory outlets to power 12 VDC and 220 VAC appliances directly from the battery. That effectively turns it into a Tesla Powerwall-like device in a mobile platform.

Silence has grown impressively at home, doubling its sales in 2018 when it registered over 2,000 of its S02 commercial electric scooters.

Now the company has set its sights on consumer sales for 2019 with its private-use S01 electric scooter. The scooter has a top speed of 100 km/h (62 mph) and a range of 115 km (75 mi). It uses an 11 kW rear hub motor mounted in a single-sided swingarm. The S01’s performance is comparable to the 250cc class of gas scooters. Most other electric scooters in Europe fall into the 50cc-125cc class.

The scooter is now destined for the wider European market, with sales beginning in Italy, Germany, France and the UK. The S01’s price is €5,995 in Spain, though it will likely be a bit higher when exported to the rest of Europe.

For comparison, the Vespa Elettrica has just begun deliveries in Europe for the same price as the S01. The Elettrica is Piaggio’s first electric scooter and offers less than half the speed and power of the S01, as well as significantly less range. The Elettrica’s battery is also fixed to the scooter and can’t be charged indoors.

Silence is currently in the process of securing local dealers and distributors in each country. “As a leading brand, we just want to start in these new territories by working with the best,” said Carlos Sotelo, founder and CEO of the company.

In addition to the S01 and S02, Silence also offers the S03 three-wheeled electric scooter. The S03 is intended for commercial uses and is optimized for tasks like deliveries and cargo transport. 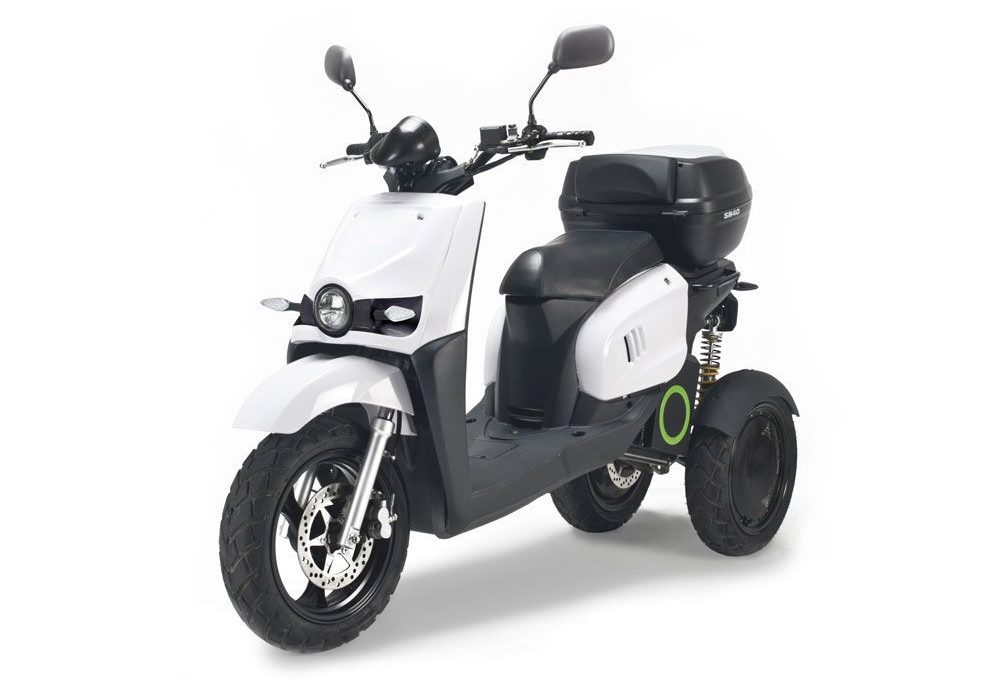 I definitely love Silence’s scooters. I think they have a number of unique features that set them apart.

First of all, almost no one is making highway capable electric scooters right now. These bad boys can hit 100 km/h. They aren’t going to spend much time in the passing lane, but they can at least safely venture outside of the city and onto faster roads.

Next, they’ve got those awesome removable batteries. Battery size has been a huge limiting factor for electric scooters and is the reason that so many are stuck in the 50cc class. It takes a lot less battery to go 45 km/h (28 mph). But by creating those unique rolling batteries, Silence crashed right through the removable battery weight barrier to create a high-capacity, removable battery pack. Plus it’s got that awesome Powerwall feature. You could go scooter camping and power lights, radios, compressors, or anything else straight from your scooter battery!

Lastly, these S01 scooters are priced right. €5,995 is no small chunk of change, but this scooter could be a real car replacer. They are not quite as fast or powerful as a BMW C Evolution electric maxiscooter, but they are close. And they are a third of the price of BMW’s electric scooter.

These could be the first electric scooters that stand a real chance at making a substantial dent in the number of cars on the road. And that’s good news for everyone!

But let’s hear what you think about Silence’s electric scooters. Share your opinion in the comments below!