Mercedes-Benz is breaking ground at its new battery factory next to its existing engine factory that will be converted to an electric motor plant.

The automaker is rallying the whole city for the transition with the help of the mayor and the local university.

As we reported almost two years ago, Daimler announced that their major Mercedes-Benz Untertürkheim plant will adapt to produce electric motors.

A few months later, they also announced that they would be adding a battery pack factory to the plant.

Today, Mercedes-Benz is officially breaking ground on the new facility and unveiled its final design.

Dieter Zetsche, Chairman of the Board of Management of Daimler AG and Head of Mercedes-Benz Cars, commented at the ceremony:

“The laying of the foundation for the battery factory at the Mercedes-Benz Untertürkheim plant is a good sign for the sustainability of the mobility and for the economy – and thus also for the people in the region. The battery factory at the Brühl sub-plant stands for our promise to make both our cars as well as their production even greener. In future, we will assemble the heart of the electric car – the battery – here ourselves,”

The 12,000 m2 new factory is going to be carbon-neutral, according to the automaker. 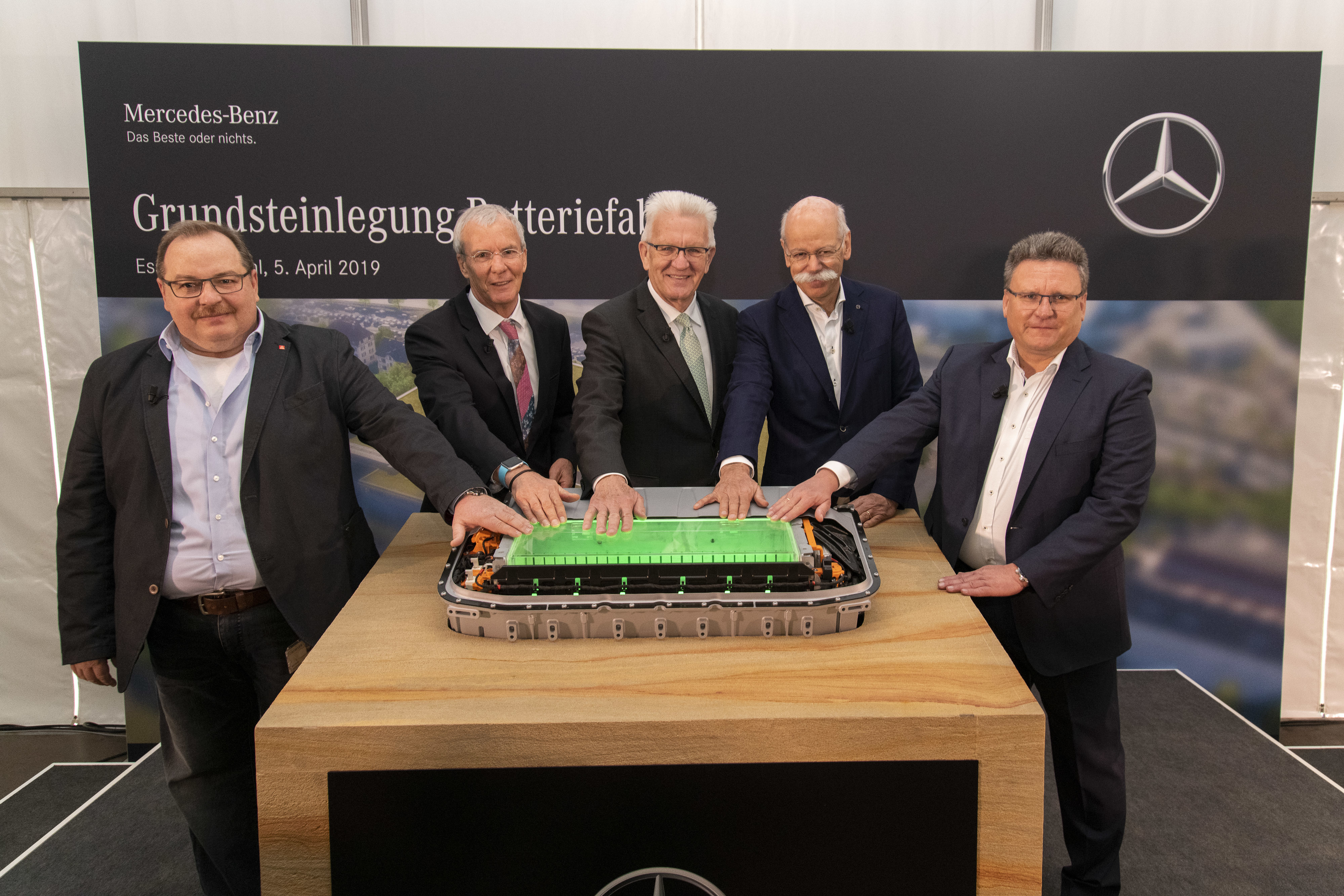 The new battery factory and the transition of the existing plant to the production of electric powertrain compnennets will change the whole region’s experitse in internal combustion engines.

Dr Jürgen Zieger, Lord Mayor of the City of Esslingen, seemed to welcome the change.

He was present at the ceremony and he commented:

“With the construction of the new battery factory as part of Daimler’s e-offensive, the next milestone on the migration path from the internal combustion engine to electric mobility will be laid here in Brühl. Being a university city with more than 100 years of tradition in mechanical and electrical engineering, Esslingen supplies precisely those well-trained professionals that drive and implement the current structural change in the automotive industry concerning product planning, supply chains and production processes. The current investment in the new battery factory here in the Neckar-valley is therefore a unique commitment to the city of Esslingen as industrial site of future technologies,”

“Our powertrain production network is in the midst of the transformation. With the battery production at the Untertürkheim plant, we are further advancing the transition into a high-tech location for components of electric mobility. At the same time, we continue to produce conventional engines, axles, transmissions and components in large numbers. This flexibility of the team makes us strong,”

When the move was first announced, Daimler confirmed that electric motor production would require fewer workers, which caused labor issues.

But they appear to have come to an agreement.

“Many colleagues working in gasoline and diesel engine production have to be qualified for the new alternative powertrains and especially for working on the high-voltage systems. We have signed a job security agreement with the company through to the end of 2029. That is why investments in issues with long-term prospects are necessary at the location. This includes today’s ground-breaking for the battery factory.“ As part of the planned “Project Future” reorganisation, company management and the works council have agreed to extend safeguarding the future through to the end of 2029. Business-related lay-offs are precluded until then. The provision goes into effect with the start of the new structure likely from autumn 2019.”

The site is already producing batteries and motors through pilot manufacturing projects.

Once completed, they plan to support the production of Mercedes-Benz EQ electric vehicles. The first of those vehicles is the EQC electric SUV, which will enter production in the next few months.