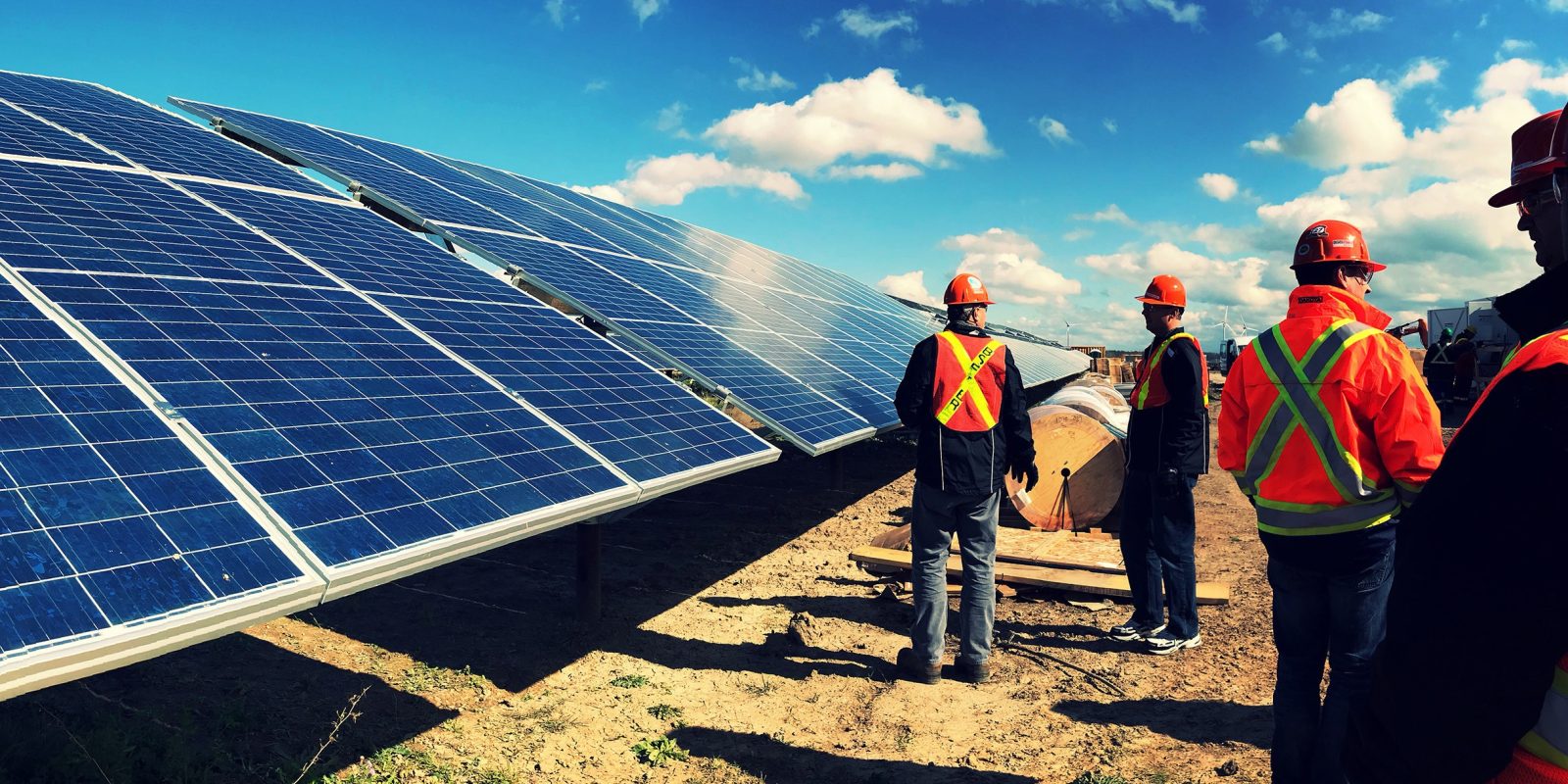 Ontario Power Generation announced it has completed its 44 MW solar facility, Nanticoke Solar, on the grounds of a coal plant, the former Nanticoke Generating Station site.

The plant’s stacks were only demolished a little more than a year ago, and PCL Construction was awarded the contract on March 13, 2018. In about a year, the project was completed. Nanticoke Solar is made up of 192,431 solar panels spanning 260 acres on the shore of Lake Erie.

OPG partnered with the Six Nations of the Grand River Development Corporation and the Mississaugas of the Credit First Nation on the project.

GE Renewable Energy broke ground on its Haliade-X 12 MW wind turbine Monday in Maasvlakte, Rotterdam, CNBC reports. The groundbreaking was ceremonial, as construction on the turbine’s foundations had already begun. The work should continue through the summer, when more parts arrive.

GE boasts the Haliade-X is the largest, most powerful, and most efficient offshore wind turbine thus far. When complete, the 12 MW turbine will stand 260 meters tall with a 220-meter rotor and a 107-meter blade. GE claims the turbine can generate 67 GWh annually. Haliade-X also features a 63% capacity factor.

“We are on schedule to install the biggest and more [sic] powerful wind turbine in the world,” GE’s Vincent Schellings said.

Though designed to be an offshore turbine, the prototype is being built onshore for testing purposes.

Ice levels in the Bering Sea, between Alaska and Russia, hit a disturbing new low last month. Alaska had a historically warm March, with some temperatures in the state clocking at 30-40 degrees above normal average highs as the month ended.

While it still may be a while until GE’s Haliade-X is generating power in an offshore wind farm, it may be even longer until Texas sees any benefits in the burgeoning industry.

Despite ample space off the state’s Gulf Coast and some decent wind, offshore wind power is probably still about a decade away in Texas, the Houston Chronicle reports. This is according to Michael J. Osborne, co-founder of the Austin-based environmental advocacy group Texas Renewables Energy Industry Alliance.

Osborne developed the state’s first wind farm in 1981, and while onshore wind is booming in Texas, he said offshore won’t happen until prices get low enough to justify the expenses. And he predicts that’s about 10 years away.

Analysts see a $70 billion opportunity for the U.S. offshore wind industry, but most of the expected capacity in the near future will be on the East Coast.

It wasn’t a surprise, but Gov. Janet Mills (D) of Maine did indeed sign LD 91 on Tuesday, the bill meant to restore the state’s prior solar net metering policies. While a commission already exempted larger projects from the previous gross metering policy, the governor’s signature restores the state’s previous policy for residential and small-scale projects, as well.

Maine has lagged behind other states in embracing policies that advance solar power. That ends today. By signing this bill we are restoring net metering, resetting solar policy, & charting a course for the growth of solar power to lower electricity bills & combat climate change. pic.twitter.com/x6joCeNO5v