EVelozcity rebrands as Canoo, an EV startup with a subscription sales model

Electric vehicle startup EVelozcity, which was founded by former Faraday Future employees, has relaunched as Canoo. The company says it will introduce four EV models in the next three years, and its vehicles will be sold through a subscription model.

Canoo is touting a skateboard platform on its “revolutionary vehicle,” which will allow the company to put any cabin on top. The company says the platform does away with traditional car manufacturing, and its website notes:

“The entire carriage is open, creating new dimensions of space inside the vehicle. Our base is the size of a compact car. But a Canoo comfortably sits seven in an environment that is, at the same time, calming and social.”

Canoo says it will introduce four separate EV models for lifestyle, ride sharing, deliveries and commuting. The company is showing vague outlines of these various models. Only the “commuter” option seen below resembles a typical car. 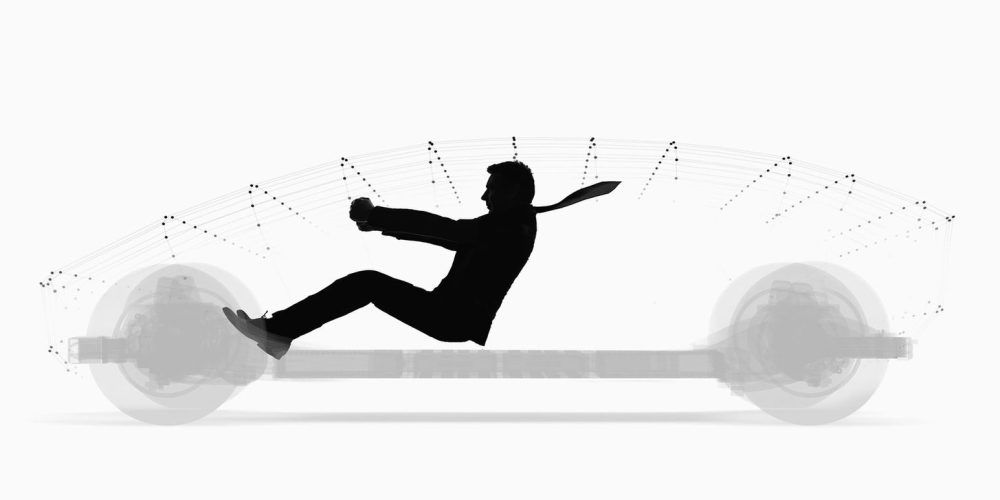 As some of the concepts seem to illustrate, self-driving is indeed a part of Canoo’s plans. Of autonomous driving, Canoo’s website says,

“It’s not a matter of if, but when. Our smart design ensures that the latest, most relevant software is easily integrated for full autonomous driving. The transition will be seamless.”

When we last checked in on EVelozcity, the company announced it had raised $1 billion in funding and was in a legal battle with Faraday Future which was later settled.

We’re team Canoo: a band of like-minded individuals committed to freeing people from the tyranny of ownership and conventions of what a car can be. pic.twitter.com/2W1GedvFUb

Canoo says its subscription sales model is meant to help drivers “unchain” themselves from ownership, bundling service, insurance, registration and more into one subscription package.

The company doesn’t list any pricing on its site currently. But Canoo CEO Stefan Krause told The Verge subscriptions will be flexible:

“There will be no set date. You could take it for one month or take it for 10 years. We are basically completely open ended. I want customers to try it, and after two months they decide it’s not for them, then they just return the car.”

Krause also said customers would have to pay an annual fee for administrative expenses and the on-boarding process, but it wouldn’t be “as much as you would lose if you left a lease after two months.”

From a bad name to a…slightly better name. Canoo’s concept designs present as many questions as answers, with three of the four cabins appearing to be autonomous vehicles, but the skateboard platform idea is clear.

The company’s subscription model is interesting enough, but there are too many unknowns at this point to make any sort of judgment. Krause’s statement about how much the company’s annual fee might cost doesn’t offer much insight, either.