The analysis comes from nonpartisan business group E2 (Environmental Entrepreneurs), which found clean energy jobs increased in nearly every state last year. E2 notes the growth occurred “despite the impact of the Trump administration’s tariffs on solar panels and market uncertainty from the administration’s inaction and planned rollbacks of energy efficiency and clean vehicles policies.”

Energy storage saw a 14 percent increase in jobs as utilities, businesses and consumers deployed more batteries in EVs and with solar and wind installations, while grid modernization jobs grew by 3.3 percent.”

E2 notes its number for clean vehicles doesn’t include those 486,000 Americans who “work in companies that manufacture parts that make vehicles more efficient.” 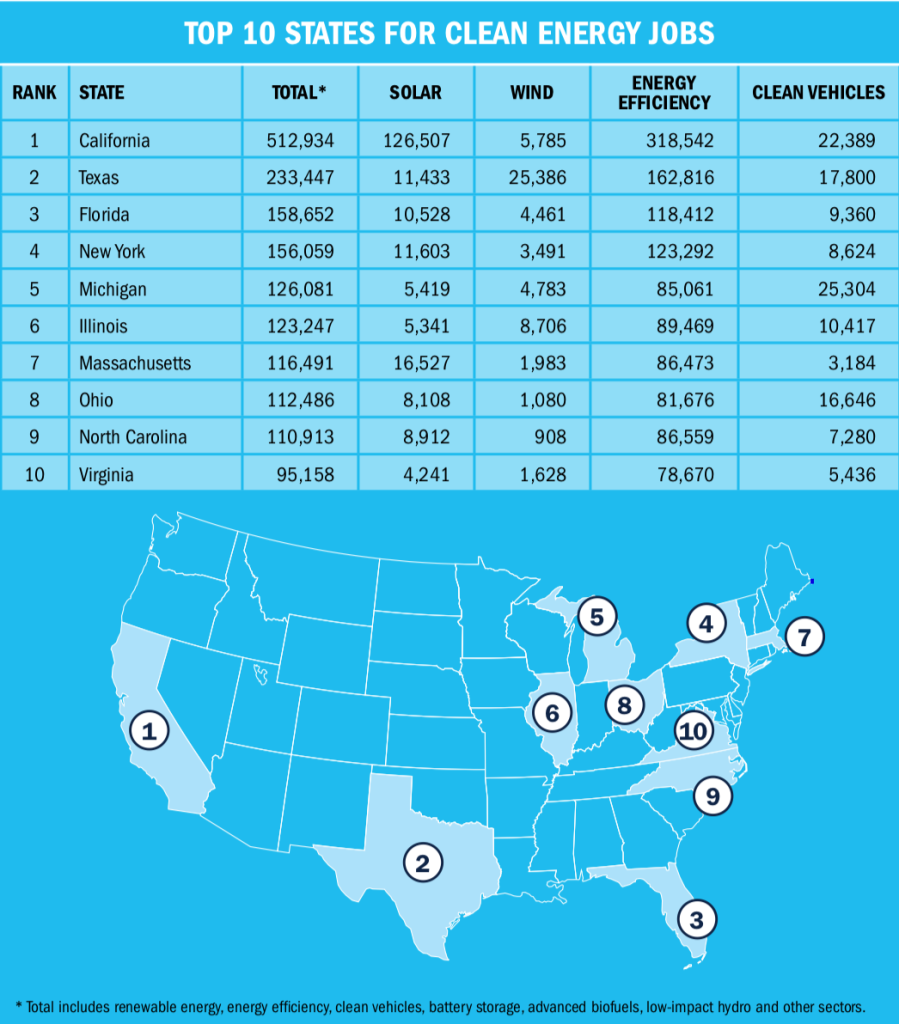 E2 points out the solar industry now employs more than double the amount of coal workers in the U.S. Solar jobs declined last year, but almost everyone in the industry expects a rebound this year. Wind and solar now account for almost two out of every five construction jobs in electric generation.

There are now 10 states which generate more than 20 percent of their electricity from wind and solar: Kansas, Iowa, Oklahoma, North Dakota, South Dakota, Vermont, California, Maine, Colorado, and Minnesota. The combined capacity of wind and solar in the U.S. reached 156 GW in 2018.