Blix Packa unveiled, an electric cargo bicycle for under $2,000

Electric bicycles are often pitched as car replacements. While e-bikes might fit the lifestyle of some, the lack of storage and cargo-capacity make them a hard sell for most.

That’s where electric cargo bikes come in. They offer the same speed, comfort and convenience of standard-sized electric bikes but with much more cargo room. Most can be outfitted for carrying either passengers or gear – or sometimes both.

However, electric bikes usually aren’t cheap. And adding a motor and battery strong enough to haul a few hundred pounds of cargo or people only sends the price higher.

That’s why it’s so nice to see an affordable option in the new Blix Packa. 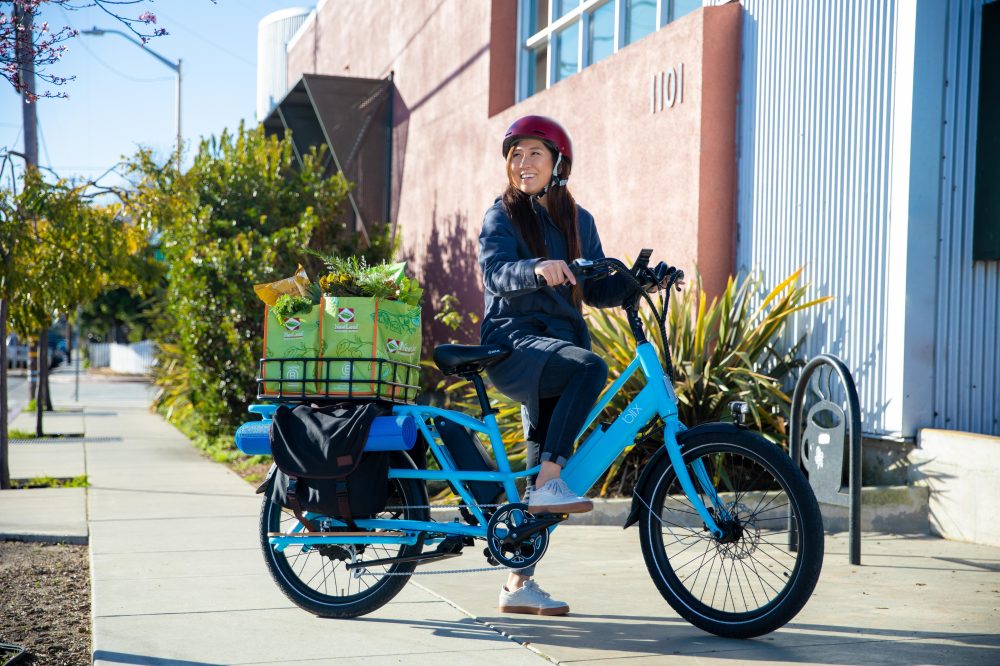 The Blix Packa sports a powerful 750 W rear hub motor designed to power the bike up to 20 mph (32 km/h). The Packa uses a combination of pedal assist and thumb throttle, making it a Class II e-bike. Riders can use 5 levels of pedal assist to magnify their own pedal power while still getting a workout. Or they can relax and hit the thumb throttle, riding the Blix Packa more like an electric motorbike without needing any pedal input.

The Blix Packa offers up to 1.19 kWh of battery with a dual battery system. When the first battery empties, the bike automatically switches over to using the second battery. Combined, those batteries should be enough for 70 miles (112 km) of range.

For wheels, the Blix Packa uses the less common 24″ size. That provides a compromise between wheels large enough for good ride quality, yet small enough to keep the cargo’s center of gravity lower.

The Packa also touts an extra-low stepover height. That’s important when trying to mount a cargo bike loaded up with heavy gear.

The entire length of the bike is only 52 inches (132 cm), which is just a bit longer than standard bicycles. That smaller size keeps the bike manageable and maneuverable. And with a front and rear cargo rack system offering multiple accessory mounts, the Blix Packa supports up to 200 lbs (91 kgs) of hauling capacity.

According to Blix’s founder and CEO Pontus Malmberg:

“We looked to develop the perfect balance of convenience and rider friendliness with the Packa at an approachable price point. Built for utility, it’s also a bike that will bring the fun back to your everyday adventures. It features a uniquely designed multi-modular racking system that allows you customize for your cargo needs in over 200 ways.”

Blix plans to offer presales of the bike on the Indiegogo platform later this month. The move to Indiegogo campaigns has been a common strategy for personal electric vehicle companies lately. Once used exclusively for startups looking raise capital for R&D, the crowdfunding platform has been leveraged for presales by a number of large and well-established two-wheeled EV companies in recent months. 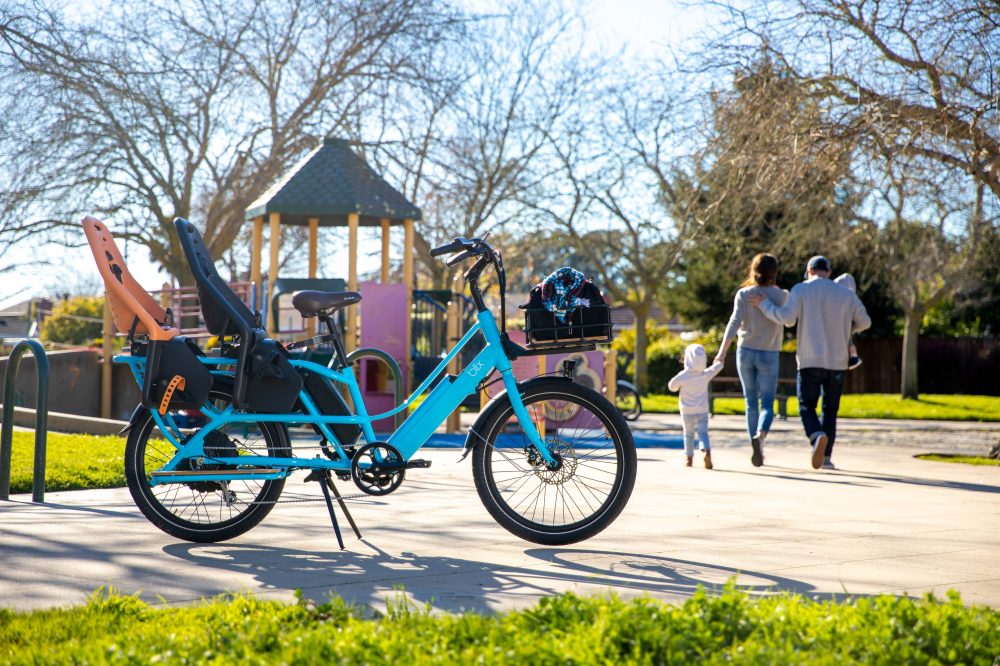 The exact pricing of the Blix Packa has not yet been announced, but Blix says the Packa will be “starting below $2,000”. That would put it well below much of the competition.

The Cero One electric cargo bicycle we reviewed last year is priced at $3,399. The Tern GSD offers higher cargo capacity, but also costs around $3,900. And the Yuba Electric Supermarché that we tested out at Interbike last year starts at $5,999.

That makes the Blix Packa a price leader in the growing electric cargo bike market. 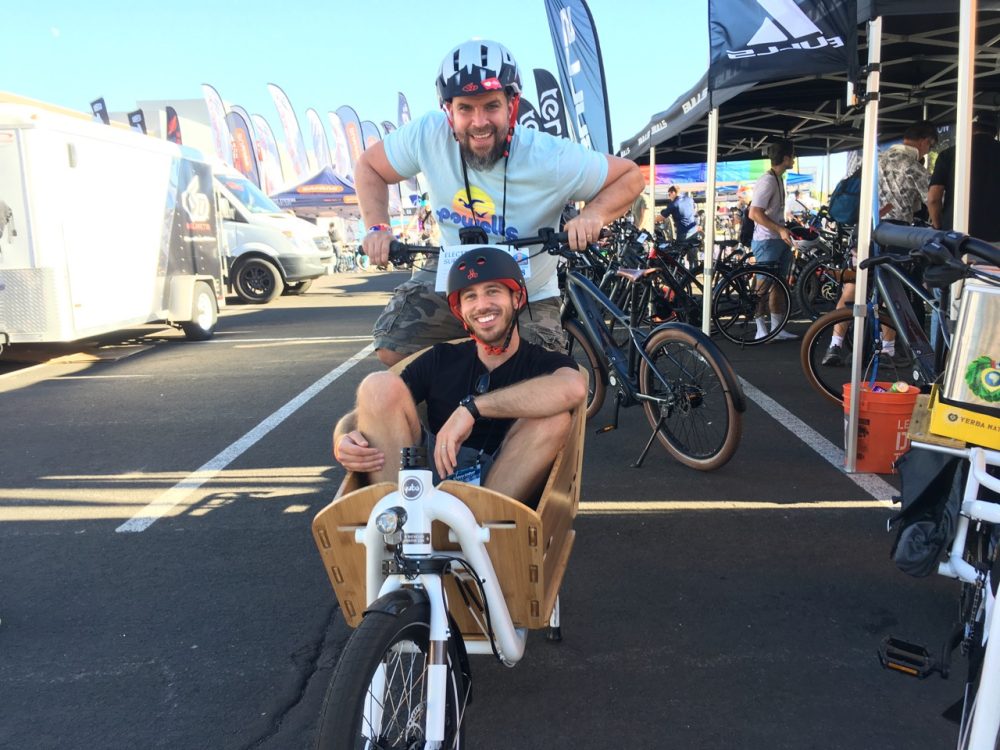 I’m all for this. Electric cargo bikes are awesome, especially in cities that are bike friendly.

They just make so much sense and have awesome utility. But with prices in the $3k-$6k+ range, electric cargo bikes are often out of reach of many aspiring riders.

The Blix Packa is a welcome addition to the field.

“But how did they get such a cheap price?” you’re probably asking. Basically, they took out the fancy features found on other electric cargo bikes. Most other options in the market sport mid-drives, hydraulic brakes, internally geared hubs and other high-end parts. All of those features are conspicuously absent on the Packa.

And in my opinion, that’s just fine. The rear 750 W motor is definitely going to be heavier and less efficient than a mid-drive, but it will do the job. And to be honest, direct drive hub motors are pretty much bulletproof when it comes to longevity and maintenance. There aren’t any moving parts besides the bearings, unlike mid-drives that have complicated multistage reductions.

The lack of hydraulic brakes is a bit disappointing – but I’ll reserve judgement until I can try it out. Proper mechanical disc brakes can still offer high power stopping – so we’ll have to see what the Packa gets outfitted with.

The derailleur is also a bit of a bummer compared to internally geared hubs. It’s always nice to be able to shift at a stop. But as long as you plan your shifts ahead, a derailleur is fine. And if it saves me a couple thousand dollars, I can downshift before I get to the stop sign.

So this is definitely going to be a budget offering compared to the higher end electric cargo bikes, but I think that’s what the market needs. If you can afford a $6,000 cargo e-bike, then go for it. But for the rest of us common folk, the Blix Packa could be a great option.