Tesla Model 3 owners in cold climate are starting to uncover what appears to be a design flaw in an underbody panel of the vehicle – resulting in sand and water getting stuck.

Over the years, Tesla has often been accused of designing cars in California for the Californian climate.

Yet, Tesla vehicles have performed extremely well in colder climates and have often been praised for their winter driving performance.

Some Model 3 owners, myself included, ran into some issues in Canada where things like the door handles, charge ports, and frameless windows didn’t perform well in extremely cold weather.

Tesla has since been trying to push updates to help the situation.

Now, we learn of another problem with Model 3 that becomes evident in colder climates, especially where they use sand to de-ice the roads.

Eric Bolduc, the owner of Antirouille Bolduc, an anti-rust body shop specializing in electric vehicles in Quebec, has found significant amounts of sand and dirt accumulating in the underbody panel at the back of every Model 3 he has worked on so far.

Here he removes the sand and dirt stuck inside a Model 3 before working on the anti-rust treatment:

Bolduc says that he has worked on about 25 Model 3 vehicles so far and he always finds about 10-20 lbs of sand and dirt stuck in the panel due to what he thinks is a lack of proper drainage.

In some more extreme cases, he extracted over 35 lbs of dirt from a Model 3’s underbody: 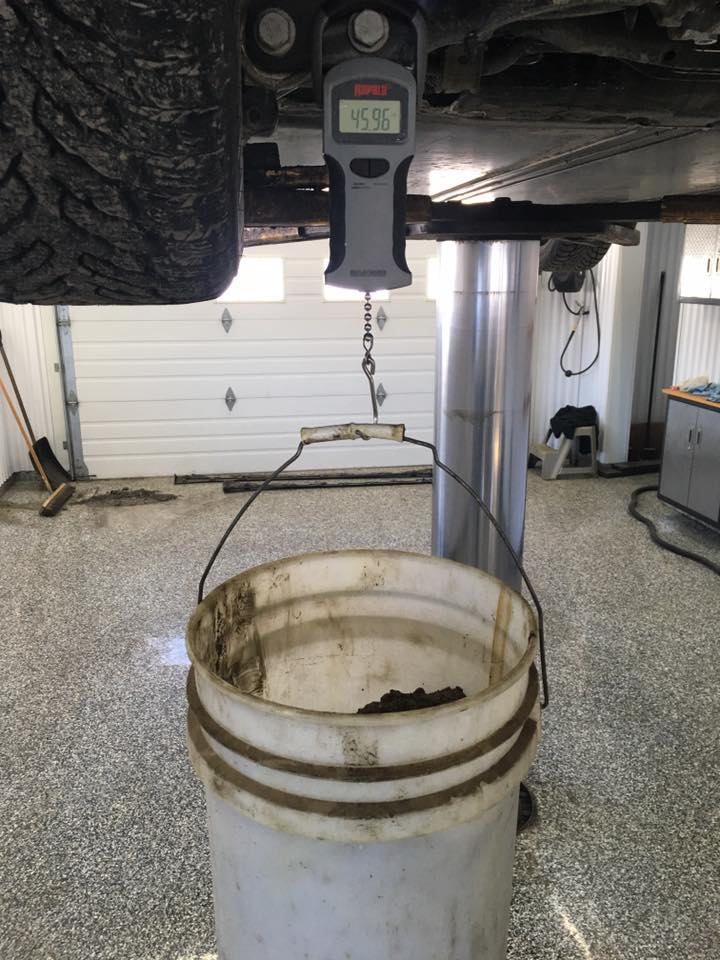 That’s definitely one of the more extreme cases, but it’s not usual to find a significant amount of dirt and road sand in the panel.

After removing some panels, Bolduc believes he found where the dirt is coming from behind the wheel well:

It’s not unusual for dirt to get in the underbody from there in any car, but the panel generally has more significant drainage to rapidly get dirt and water out.

Here are the panels from the Kona EV and the Nissan Leaf where you can see drainage at the lowest points in the panels :

The good news is that it shouldn’t affect corrosion since it only touches an aluminum panel in the underbody, but Bolduc believes that the weight over time could put pressure on the body parts.

He believes that the same lack of drainage is linked to the back bumpers that we have seen breaking off two Model 3 vehicles after ‘heavy rain’ last year:

At the time, Tesla said that it was investigating what led to those bumpers falling off, but we haven’t heard anything since.

We contacted Tesla again last week about Bolduc’s findings and the issue arising in Quebec, where there’s a lot of sand and dirt on the road due to the rough winter.

Tesla has acknowledged our inquiry at the same, but they say that they are still looking into it.

It does look like there’s a design flaw in the underbody panel that creates a lack of drainage.

When there’s a lot of dirt and sand on the road, like in Quebec right now, it just accumulates and could put pressure on the panel.

Fortunately, it doesn’t appear to have resulted in anything breaking so far, but you could argue that it adds some unwanted weight to the car. Probably negligible in most cases.

In the case of running into some water, you can imagine that the same lack of drainage could put even more pressure if there’s no way for the water to get out quickly.

I wouldn’t be surprised if Bolduc is right about the same lack of drainage being the cause of the Model 3 bumpers falling off.

When it comes to the winter driving experience, I disagree with those who say that Tesla is designing cars in California for the Californian climate.

Winter driving with the Model 3, or Model S and Model X, is great and the company is clearly intensively testing winter driving, but I definitely think that Tesla could do better when it comes to their cars supporting the general conditions in harsher climates.

And for all the Tesla superfans out there that don’t like when we report things like that, It’s all about making the product better. It should be a simple fix for Tesla as long as they acknowledge the issue.